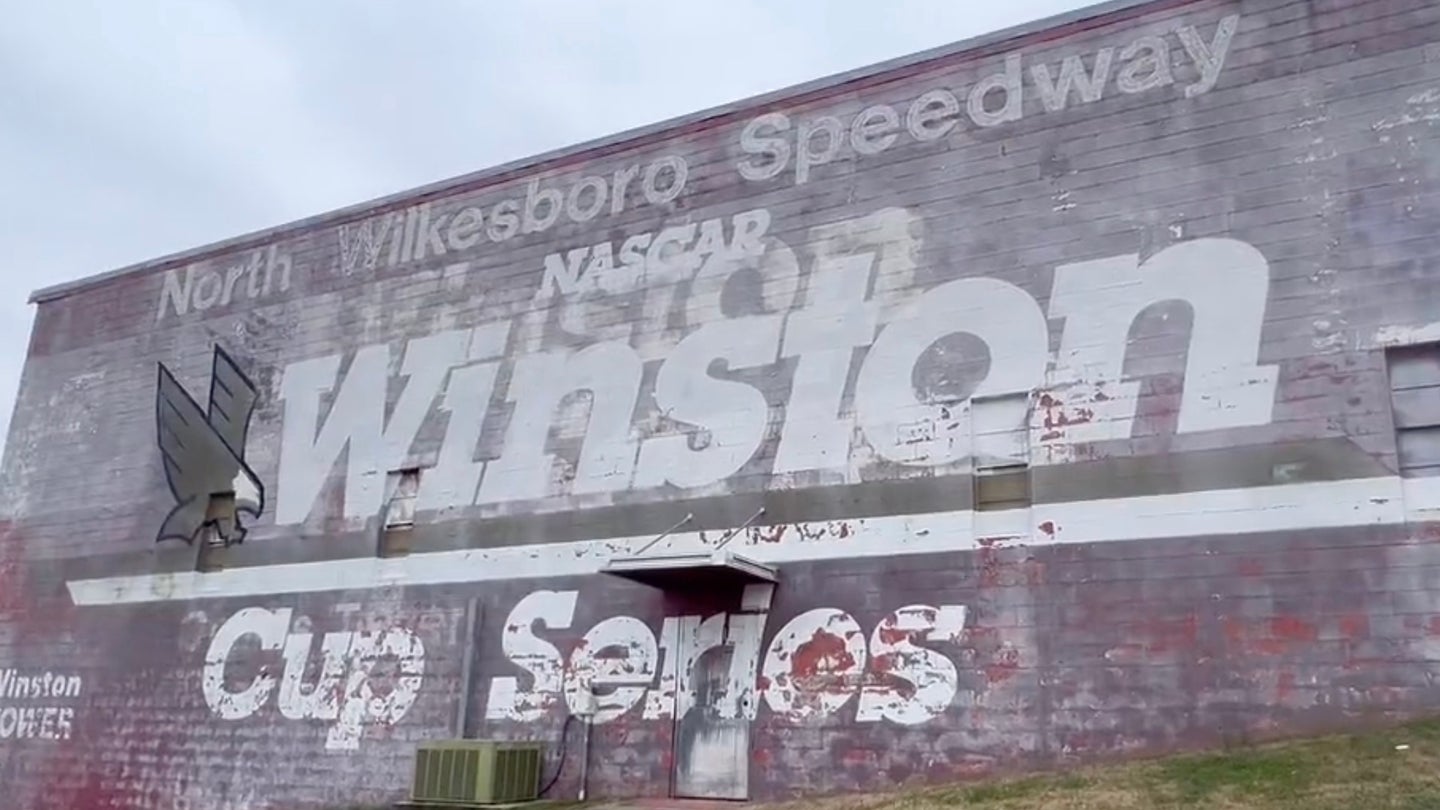 Next year, NASCAR will return to some of its earliest roots by revisiting the hallowed grounds of North Wilkesboro Speedway in North Carolina. The decrepit track will need some TLC before it’s ready for its big day, though, which is why NASCAR is hastily modernizing the facility—all while freezing its vintage, Winston Cup-era advertisements in time.

Predating NASCAR itself, North Wilkesboro was built in the heartland of moonshine country and, thus, stock car racing. The five-eighths-mile short oval with its sloping straights was a mainstay of the calendar for almost 50 years, only falling off in 1996 as its facilities became dated and NASCAR sought bigger audiences elsewhere. The historic circuit held occasional small-time events but fell into disrepair. The top-level Cup Series couldn’t return.

Earlier this year, NASCAR wised up to what it had left behind and announced plans to hold the 2023 All-Star Race at North Wilkesboro for the series’ 75th anniversary. It’ll mark the first time a NASCAR Cup Series race has been hosted there in 27 years. Because the track isn’t quite ready to greet racers yet, it’s undergoing an extensive renovation, which is detailed by motorsports journalist Matt Weaver on Twitter.

Weaver reports that North Wilkesboro will receive significant infrastructural upgrades, many of them focused on the track’s infield. This area will be lowered to improve fans’ sight lines over car haulers, while its drainage will be improved to prevent flooding.

Because the Cup Series last raced at North Wilkesboro when it was known as the Winston Cup, the circuit still features old-school Winston and R.J. Reynolds tobacco advertisements. Though tobacco sponsorship has since been banned, the track has reportedly received legal clearance to retain these old ads, provided they’re not monetized. Instead, they’ll be preserved; re-sealed to prevent further degradation, so fans can enjoy the track as they remember it.

The facility’s upgrades will be complete before the 2023 All-Star Race, scheduled for May 21. The circuit’s website says grandstand tickets for the event are already sold out, proving loyalty to this classic track hasn’t wavered with time. Absence makes the heart grow fonder, as they say.

The post NASCAR’s Bringing Back a Historic Track With Heavy Renovations To Preserve Historic Feel appeared first on The Drive.