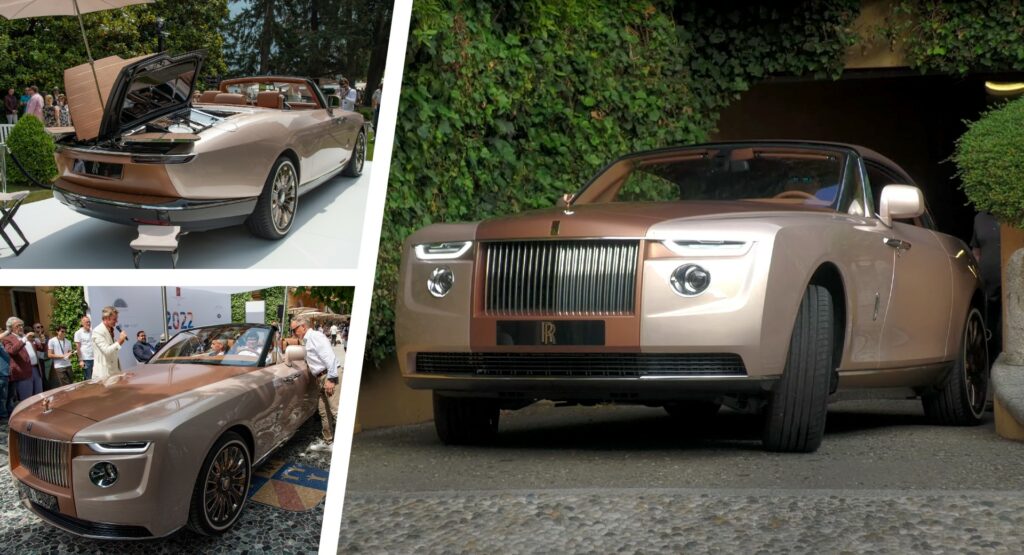 The second out of the three units of the Rolls-Royce Boat Tail was the absolute star in the 2022 Concorso d’Eleganza at Villa d’Este last weekend, grabbing the visitors’ attention. Besides the gallery with live pictures of the ultra-expensive coachbuilt convertible, a video uploaded on YouTube by Automotive Mike gives us a behind-the-scenes look at the nerve-wracking process of transporting it on and off the exhibition ramp.

Sitting behind the wheel of a unique handbuilt vehicle, rumored to cost around $28 million, sounds like a dream for many petrolheads. Still, taking responsibility for driving it through tight spaces isn’t the most relaxing scenario. The professional driver that navigated it to the Rolls-Royce stand seemed to be quite cool and confident, with the help of his colleagues who gave him directions in tricky spots.

Don’t get me wrong, the route from the garage to the exhibition stand doesn’t look hard for the average driver. However, I am sure we wouldn’t feel the same if we were driving this massive land yacht with the handbuilt aluminum bodypanels and the bespoke paint that was inspired by the mother of pearl. The latter seems to change depending on the lighting conditions, looking lighter-toned than in the press shots under the sunlight.

We all have to agree though that the overall spec looks impeccable in the live shots shared by BMW Group, as a testament to the countless hours of work put into the Boat Tail’s creation. The interior of this example dressed in Royal Walnut veneer screams serenity in combination with the cognac/oyster leather and the tasteful rose gold accents. We also think that the owner will be very pleased with how the mother of pearl material was integrated into the instrument cluster, switchgear, and timepiece by Rolls-Royce designers and engineers. After all, this comes from his personal collection of pearls. 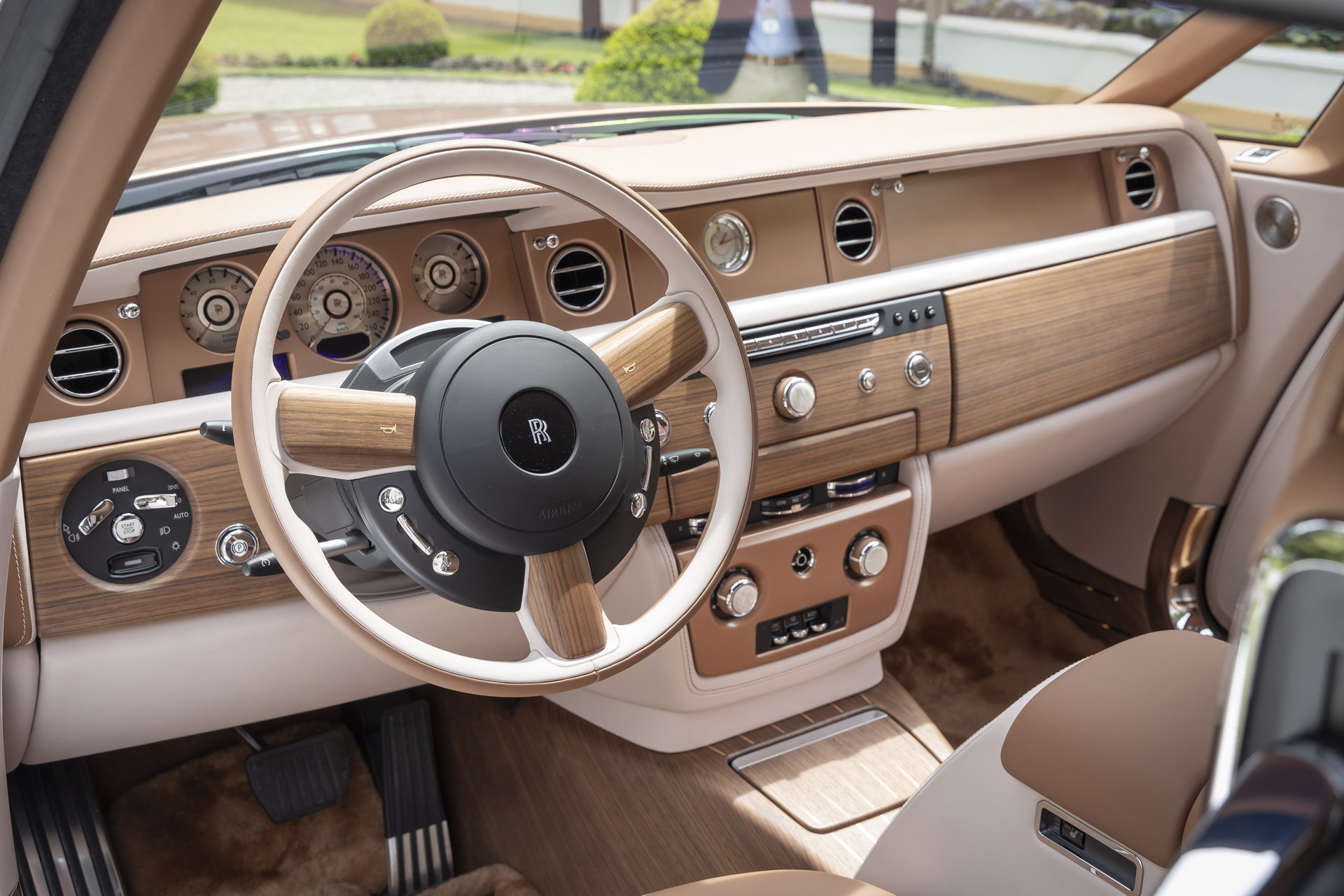 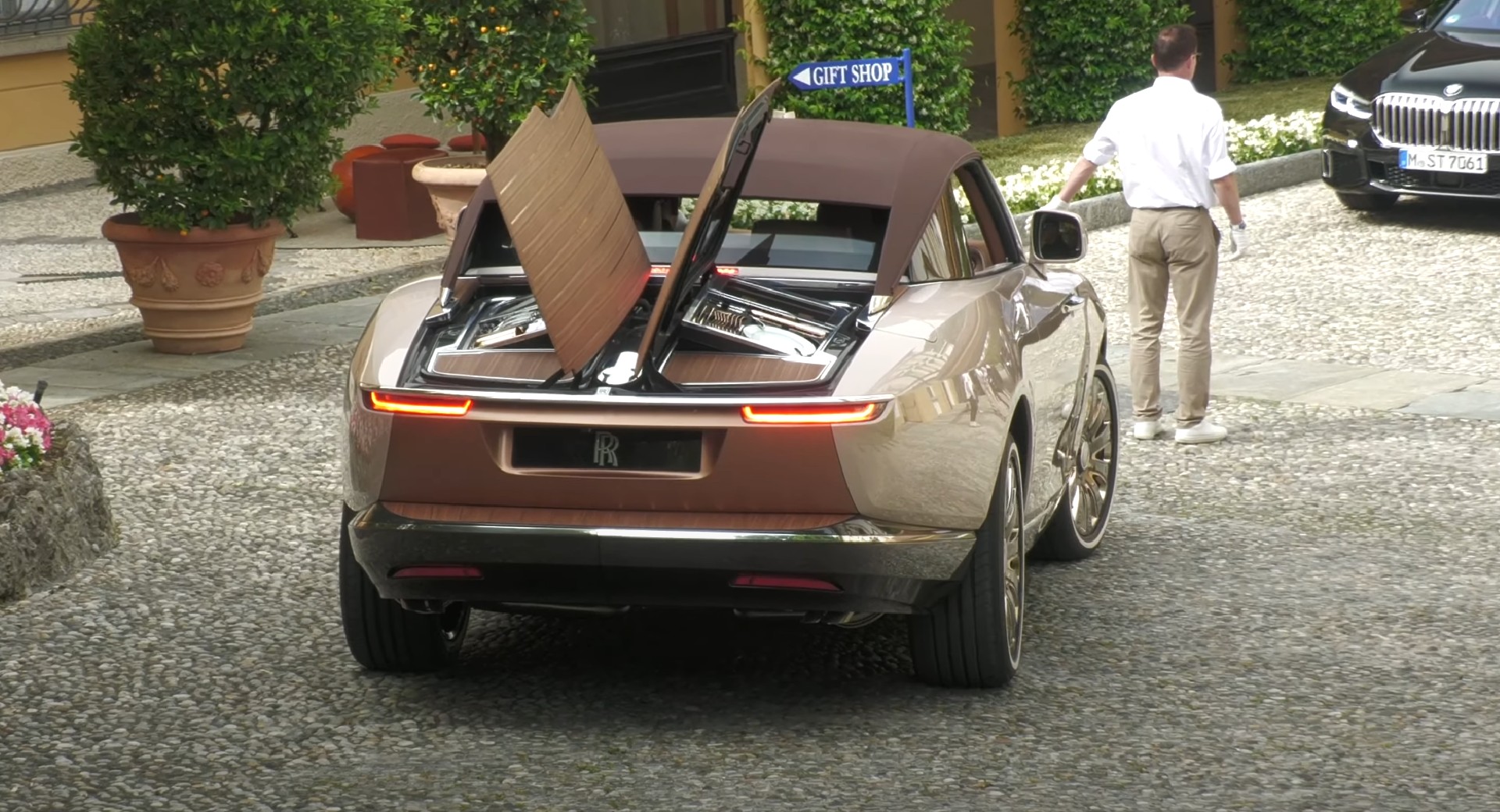 Another interesting feature of the Boat Tail that is revealed in the video is that it can be driven with the rear deck open, so you can exhibit your wealth to bystanders through the special cutlery that usually remains hidden under the beautiful Royal Walnut veneer. From the looks of it, the Rolls-Royce stand should be the most expensive bar/restaurant in the area, with the pair of carbon-fiber stools under the umbrella remaining unoccupied for the most part of the event.

The same setup can be found in the first Boat Tail, so we guess that the owners could arrange a meetup making room for four individuals. Unfortunately, the third model will remain under wraps after the request of its owner. What would be really cool is to gather all three Rolls-Royce Boat Tails at the same place for a photoshoot, although this sounds highly unlikely. If you were wondering, buying the trio of bespoke convertibles would cost at least $84 million.