Navistar Gives Up on Self-Driving Truck Partnership With TuSimple 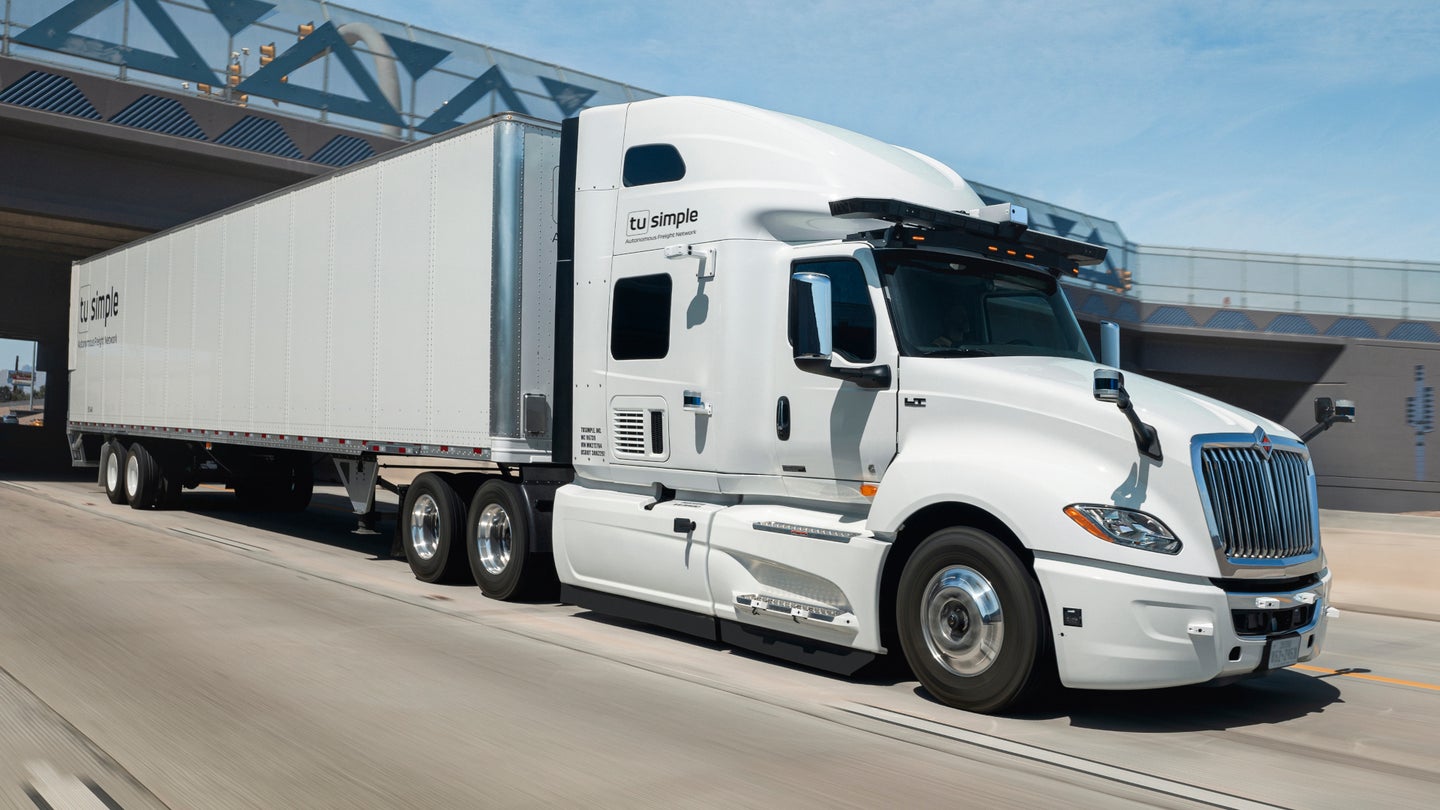 Navistar has backed out of a plan to develop self-driving trucks with TuSimple.

As reported by Reuters, the companies released a joint statement regarding the end of the partnership on Monday. The companies did not provide any reasons behind the split. Navistar had originally purchased a minority stake in TuSimple back in 2020. At the time, the two companies announced they would work together to develop self-driving trucks by 2024. The aim was to reach SAE Level 4 autonomy, where the trucks would be able to drive with no human operator at all under specific conditions.

The joint statement notes that the end of the partnership “does not preclude the companies from working together in future.” Additionally, the press release indicates that Navistar is “committed to the development of a safe and efficient autonomous driving solution.” Thus, while Navistar will no longer work with TuSimple, it’s clear the company is still eager to pursue self-driving technology.

TuSimple was founded in 2015, with a focus on bringing autonomous driving technology to Class 8 trucks. The company has run test vehicles from its operations in the US and China, and secured $1 billion in funding after a successful IPO in 2021. Scrutiny on the company increased after a crash in April this year, where a TuSimple truck veered suddenly and crashed into a concrete median. Safety concerns were brought into greater focus after the incident, with the company notably having fired its lead safety engineer in 2020.

The last year has also seen several executives leave the company, with company co-founder Xiaodi Hou taking over the roles of CEO, CTO, and company president earlier this year. October saw Hou fired from his positions and the board itself, with members citing a “loss in trust and confidence” as reasons behind the sacking. Currently, the company is also subject to a federal investigation regarding illicit technology transfers to a Chinese trucking startup called Hydron, Inc., run by ex-TuSimple co-founder, Mo Chen.

Given the tumultuous conditions at TuSimple, it’s perhaps unsurprising that Navistar has backed out of its joint development deal. With the SEC, FBI, and the Committee on Foreign Investment in the United States investigating TuSimple, caution on behalf of Navistar only makes sense. It will be a dent in the company’s plans to pursue autonomous driving technology. However, with everything going on, the decision by Navistar executives to cut ties would have been all too simple.

The post Navistar Gives Up on Self-Driving Truck Partnership With TuSimple appeared first on The Drive.