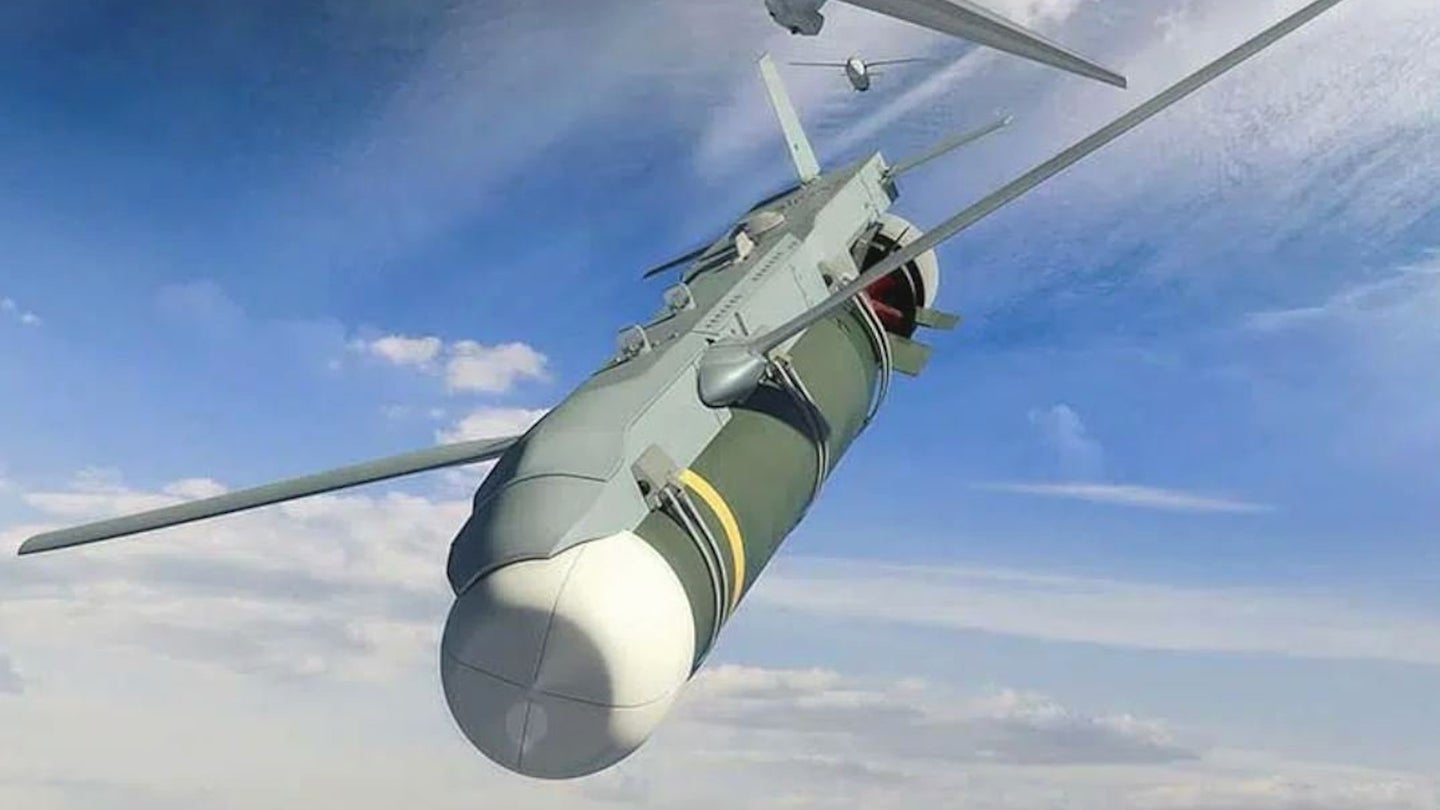 HAAWC’s manufacturer, Boeing, announced the Navy had declared IOC with the system in a press release today. The Navy had awarded Boeing a full-rate production contract for the HAAWC kits, with a total value of up to approximately $121,426,700 if all options are exercised, in August.

“The initial operational capability milestone marks the readiness of HAAWC for fleet introduction for the Navy and its international partners,” Dewayne Donley, the HAAWC program manager at Boeing, said in a statement. “We’re excited to deliver greater flexibility and capability by way of higher-altitude launches from longer distances than previously possible.”

HAAWC consists of a wing kit, which Boeing refers to as the Air Launch Accessory (ALA), for the Mk 54 lightweight torpedo. After launch, the two pop-out wings deploy and the weapon glides to a designated target area using GPS-assisted guidance system that also has the ability to operate in a GPS-denied environment via inertial navigation alone, according to the manufacturer. After reaching the target area, the ALA releases the torpedo, which then drops into the water as it otherwise would, using a parachute in the tail to slow its descent and prevent it from being damaged when hitting the water.

The wings themselves are derived from the ones used on Boeing’s AGM-84H/K Standoff Land Attack Missile-Expanded Response (SLAM-ER) air-launched cruise missile, while the guidance package is based on the one used in Joint Direct Attack Munition (JDAM) precision-guided bombs.

The exact maximum range of a HAAWC-equipped Mk 54 is unclear. In the past, the Navy said that it wanted the system offer to a standoff range of at least 20 miles. Boeing has said that a wing kit it developed for use on 500-pound class JDAM bombs – the Mk 54 weighs around 608 pounds – allowed those bombs to glide to targets up to 40 miles away. These ranges are, of course, heavily dependent on the speed and altitude of the aircraft releasing the weapons.

The HAAWC kit also includes a data link that allows the complete weapon to be retargeted in flight. This is a valuable capability that increases the flexibility of the system, in general, but that is especially useful in anti-submarine warfare due to the inherent complexities involved in detecting and tracking undersea threats, which you can read more about here. The possibility of a contact being lost and then re-acquired heading in a different direction, or another threat emerging suddenly in the same general area that takes priority, while the winged torpedo is on its way to the target area is a very real possibility. Being able to send course corrections to the weapon as it heads to the target area just increases its overall accuracy, too.

In addition, air-dropped anti-submarine torpedoes typically have to be released at very low altitudes – often around just 100 feet above the water – and relatively close to the target. HAAWC will allow Navy P-8A crews to employ Mk 54 torpedoes from extended ranges, reducing their own potential vulnerability to any enemy air defenses in the area. For instance, in a future high-end conflict with China in the Pacific, various anti-access and area-denial capabilities, including more modern warships with significant air defense capabilities and surface-to-air missiles situated on networks of man-made island outposts, could present significant challenges for sub-hunters even well away from mainland areas.

It also means they will not necessarily have to deviate significantly from their existing flight plan, meaning could potentially continue to conduct other missions, such as monitoring large areas below with their surface search radar or intelligence gathering, simultaneously.

All of this together means that P-8As could potentially serve as torpedo ‘trucks’ for other anti-submarine warfare assets across a broader operational area. In this role, they could launch Mk 54’s equipped with HAAWCs against threats at multiple locations that are being tracked by other planes, helicopters, or ships, including uncrewed aircraft and surface vessels, that are closer to the actual target.

There are some questions about whether HAAWC has truly reached its full potential.

“The Navy restricted HAAWC release to a temporary threshold [altitude] due to performance limitations below this altitude, precluding the assessment of the HAAWC release at the Navy’s minimum altitude requirement for HAAWC,” according to an annual report from the Pentagon’s Office of the Director of Test and Evaluation (DOT&E) covering work on the project in the 2021 Fiscal Year. “The Navy also restricted the release airspeed to a temporary threshold, precluding the assessment of HAAWC at the maximum calibrated airspeed within the intended operating envelope for HAAWC release.”

When asked whether this information was still accurate and reflected current limitations on HAAWC’s employment even now with the IOC declaration, a spokesperson for Boeing deferred to the Navy. The War Zone has also reached out to Naval Sea Systems Command (NAVSEA), which is managing the program on the service side, for additional information.

The Navy is already expecting to expand the capabilities offered by HAAWC by combining the improved Mk 54 Mod 1 torpedo, which is still in development, with those kits. The Mod 1 version of the Mk 54 features an upgraded sonar array and supporting software “to provide a clearer picture of the intended target within the undersea environment,” according to DOT&E.

However, the HAAWC kit will not be compatible with the larger and more capable Mk 54 Mod 2 variant, which is also now in development, or on Mk 54s employed together with the Vertical Launch Anti-Submarine Rocket (VL-ARSOC or VLA) system capable of being fired from Mk 41 Vertical Launch Systems (VLS) on surface ships.

Whatever the case, the Navy’s P-8A’s are now cleared to employ HAAWC-equipped Mk 54 torpedoes at least close to its cruise altitude, offering a significant boost in its anti-submarine warfare capabilities and its overall survivability.