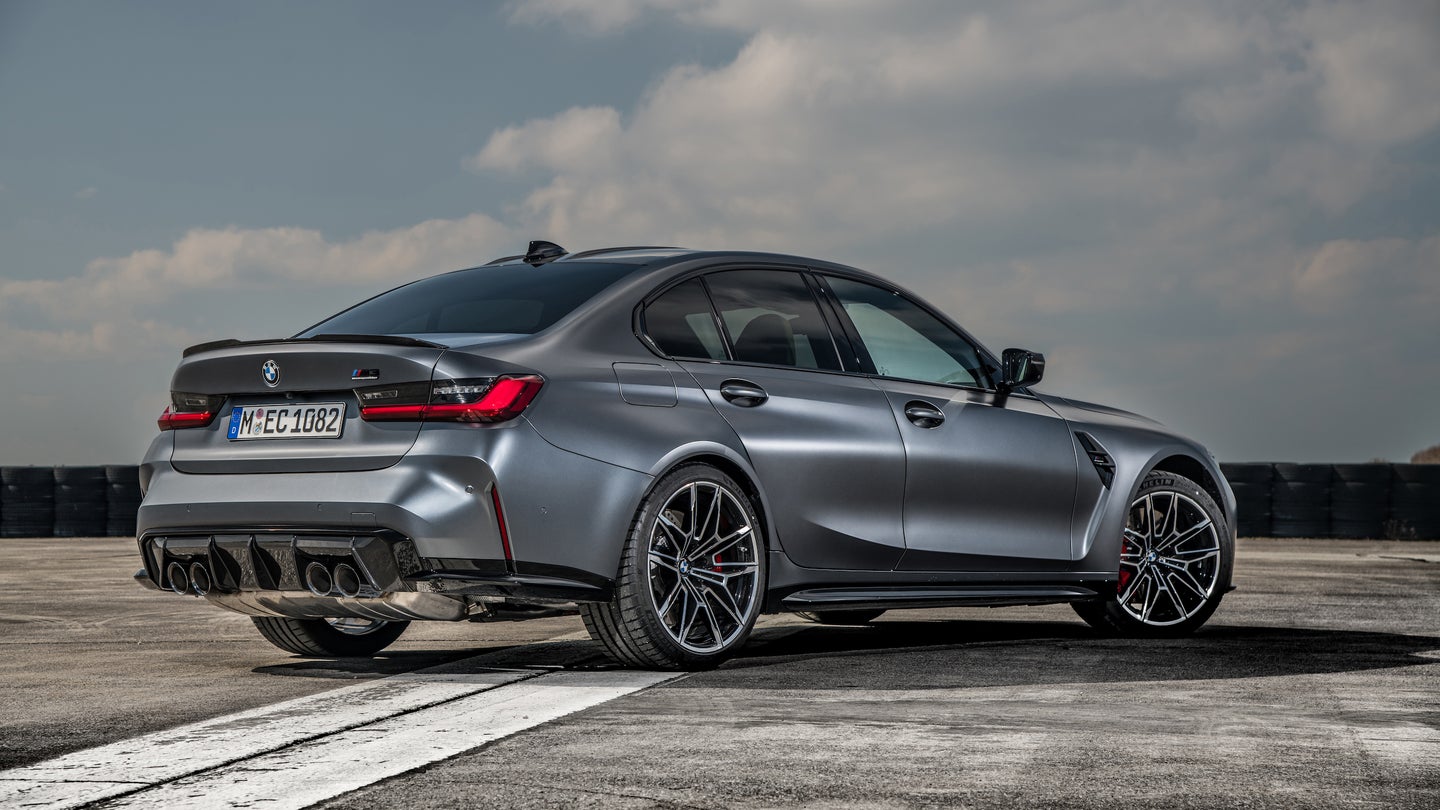 Those looking for a more hardcore BMW M3 but missed out on the M4 CSL boat are in luck because BMW may be preparing a new M3 CS with the same horsepower.

As seen in these leaked documents uploaded to the Bimmerpost forums, the G80-generation M3 CS will pump out 543 hp from its S58 inline-six and come with xDrive all-wheel drive. Matching that of the sublime M4 CSL, that’s 40 more hp than the 503-hp M3 Competition. The model will apparently be built in both left- and right-hand-drive European spec as well as left-hand-drive for the U.S. The uploader alleges production will begin in March 2023.

In addition to boasting more power and torque, the last-gen M3 CS was lighter, used a specifically tuned sports exhaust, and was limited to 1,200 units. Its roof, front splitter, rear lip spoiler, and rear diffuser were made of carbon fiber-reinforced plastic. It’s safe to expect this new one will get a similar treatment. The accompanying image is pixelated in these docs, so we can’t quite see what the upcoming car will look like, but one could form a fairly educated estimate based on what the previous-gen M3 CS looked like versus its regular counterpart.

When Deputy Editor Kristen Lee got her hands on the standard M3 last October, she found a sport sedan that was highly capable but also “a bit too digitized for its own good.” Based on our experience with the CS-branded cars in the M5 CS and M2 CS, though, we won’t be surprised in the slightest if this version of BMW’s venerable high-performance 3er fixes those tactility qualms.

We’ve reached out to BMW for comment and will update this story when we hear back.

Got insider info about the M3 CS? You can reach him here: [email protected]