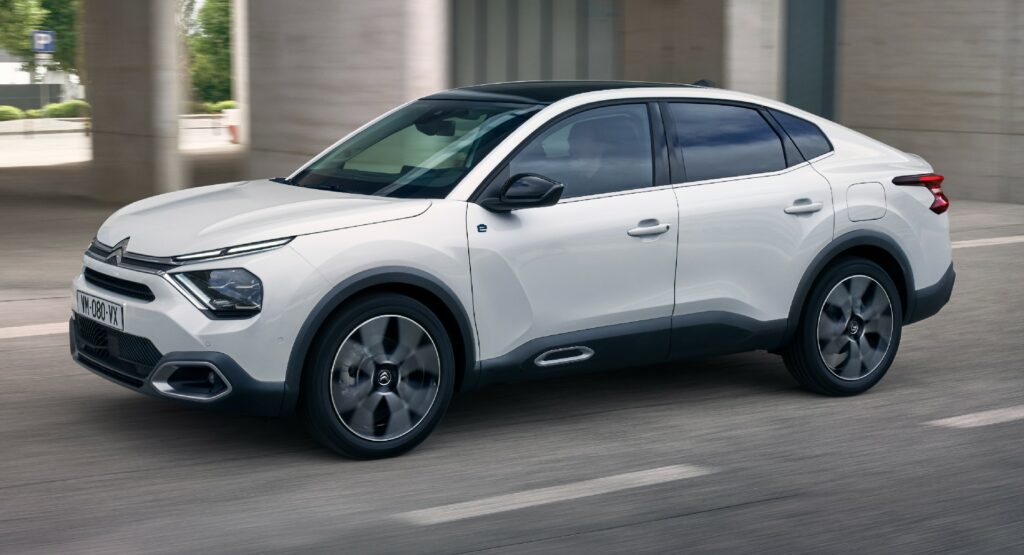 Citroen introduced the new C4 X and e-C4 X midsize fastback crossovers to slot between the regular C4 hatchback and the C5 X flagship. As described by Citroen CEO Vincent Cobée, the models are an “affordable, responsible and elegant alternative to the mass of hatchback and SUV offerings”.

The C4 X and e-C4 X could be briefly described as longer versions of the C4 and e-C4 which were originally introduced in 2020. The midsize models share the same front-end design as their compact siblings, but they feature a heavily inclined roofline towards the back, leading to a completely redesigned fastback-style tail. There we find a pair of more stylish LED taillights, a unique tailgate with an integrated spoiler, and a more conventional rear windshield. The crossover-style approach is retained, with increased ground clearance and plastic cladding all around the bodywork. 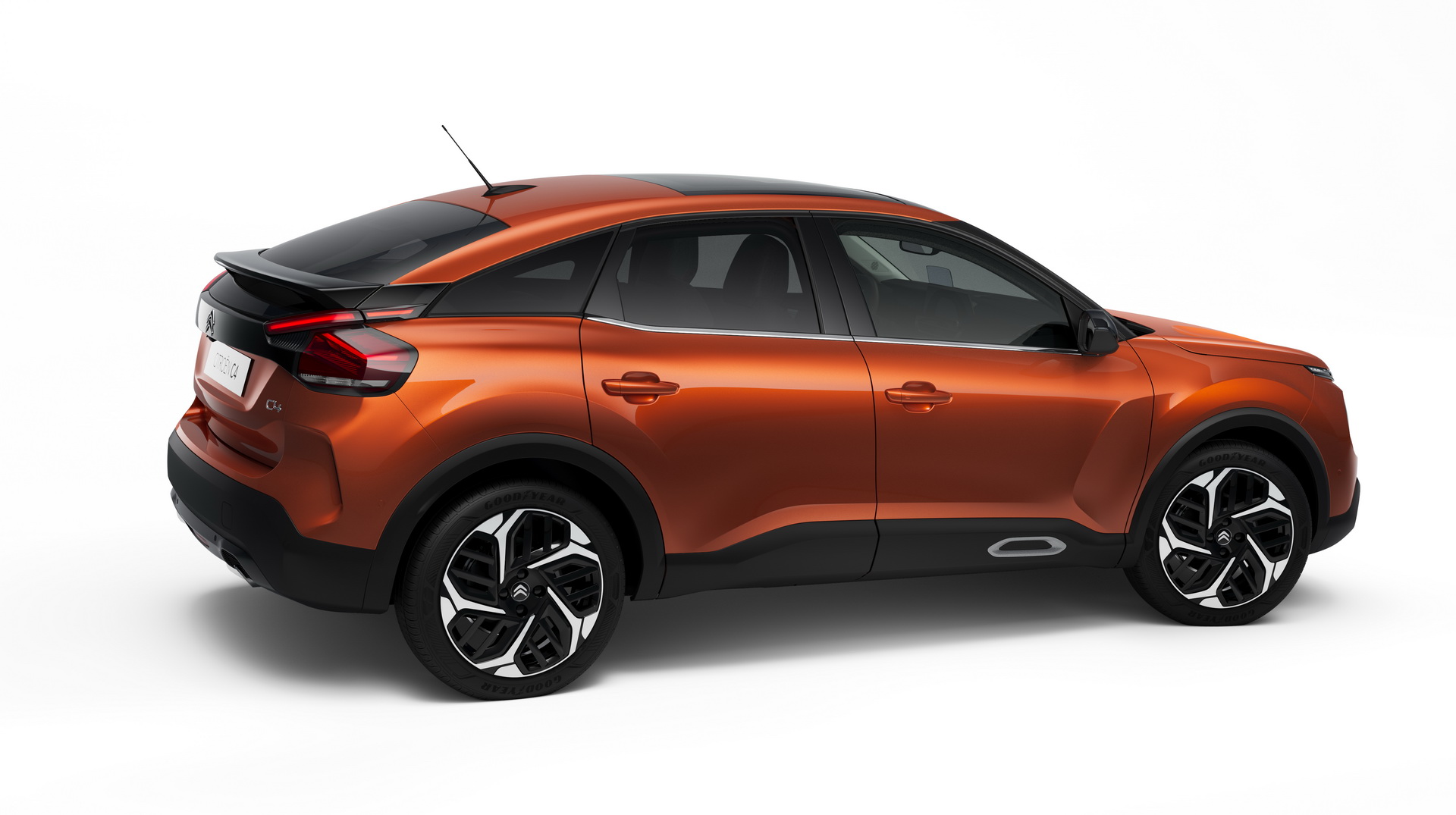 Inside the cabin, the dashboard is shared with the C4, including the 10-inch central touchscreen and the familiar digital instrument cluster. However, the models get the new MyCitroën Drive Plus infotainment that was introduced in the larger C5 X, bringing a new interface, better voice recognition, more connectivity features, and over-the-air updates. Safety equipment includes up to 20 ADAS including the Level 2 semi-autonomous Highway Driver Assist.

The longer rear overhang has resulted in a larger boot with a capacity of 510 lt (18 cubic feet) which is much larger than the 380 lt (13.4 cubic feet) of the C4. There is also plenty of room for the rear passengers who benefit from 198 mm (7.8 inches) of knee room, and a more reclined seatback. The comfort-focused character is accentuated by the Progressive Hydraulic Cushions suspension and foam-rich seats from the Citroen Advanced Comfort Programme. 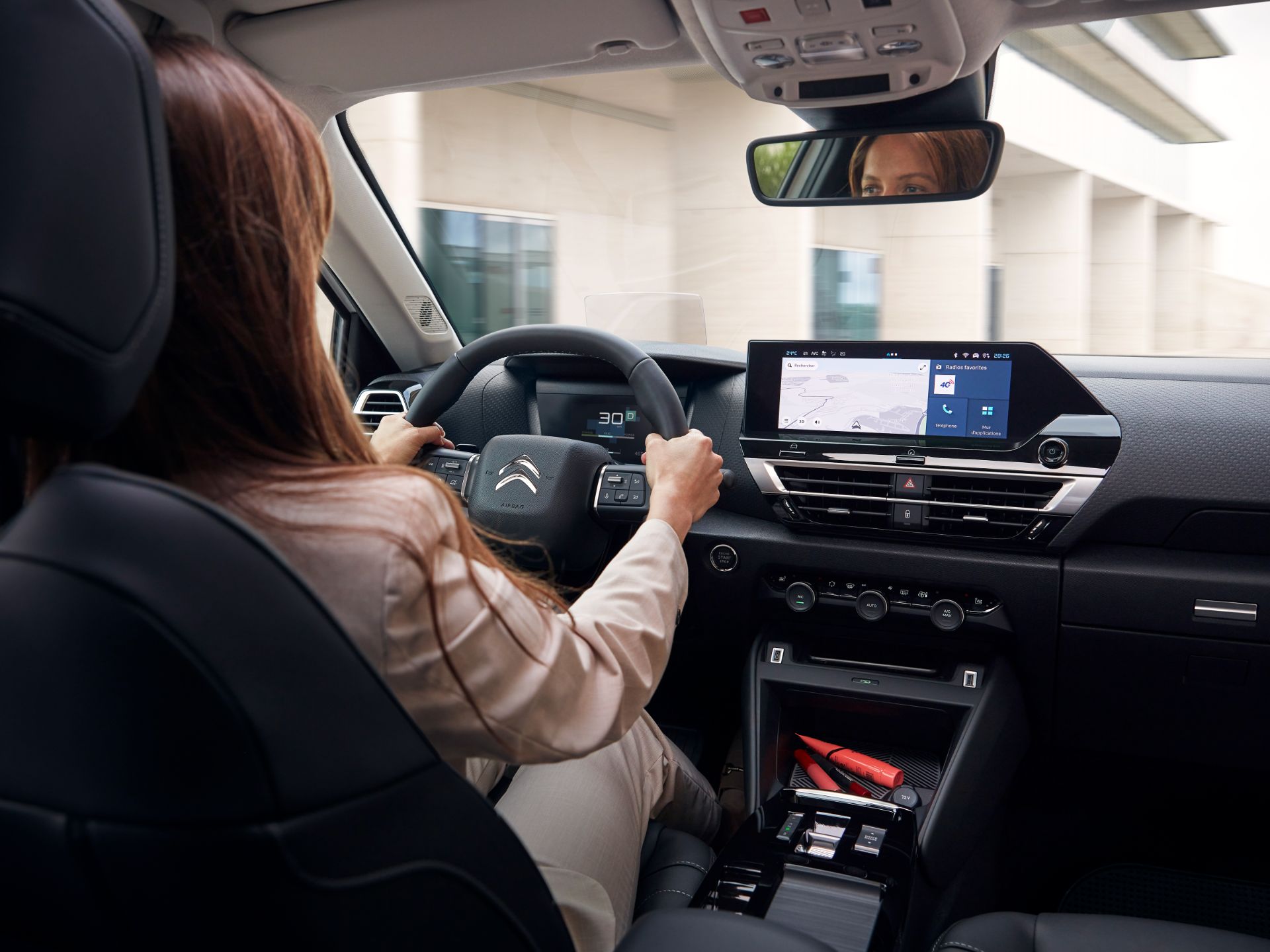 Predictably, the C4 X and e-C4 X are sharing the CMP / eCMP architecture with the regular C4. This platform underpins most of Stellantis’ smaller cars and SUVs, unlike the EMP2 architecture which is commonly used in compact and midsize models. Still, a stretched version of the small CMP platform proved to be fit for such a long vehicle, helping Citroën to position it as an affordable midsize offering.

Most European markets (Austria, Belgium, Germany, Luxemburg, Netherlands, Nordic markets, Portugal and the UK) will only get the fully electric ë-C4 X, but Citroën is also offering the C4 X with turbocharged petrol (PureTech 100 / Puretech 130) and diesel (BlueHDi 130) engines in select markets in Europe, the Middle East and Africa. 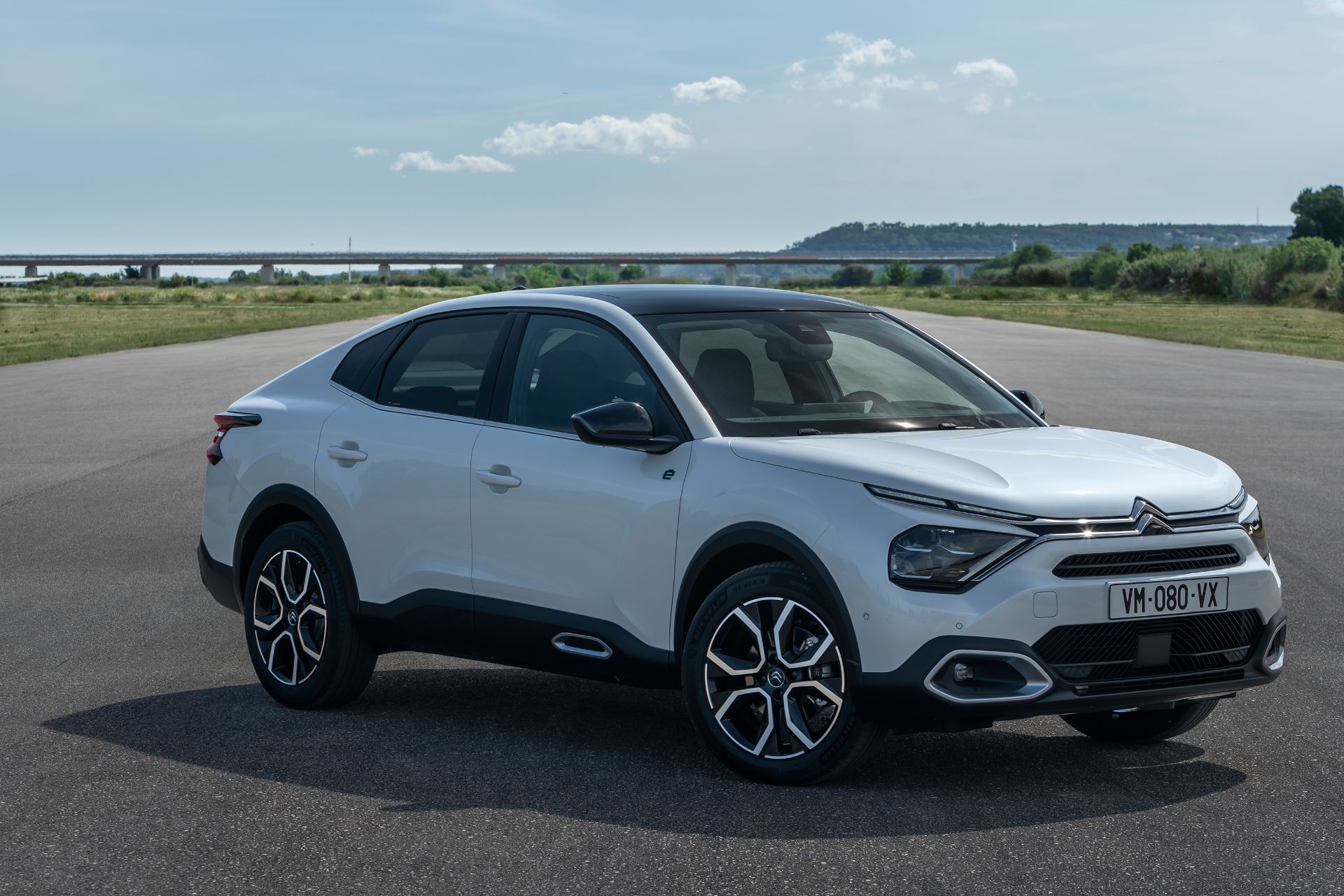 The Citroen C4 X and the e-C4 X will be produced in Stellantis’ Villaverde plant in Madrid, Spain. Sales will commence in Autumn 2022, with pricing to be announced at a later date.