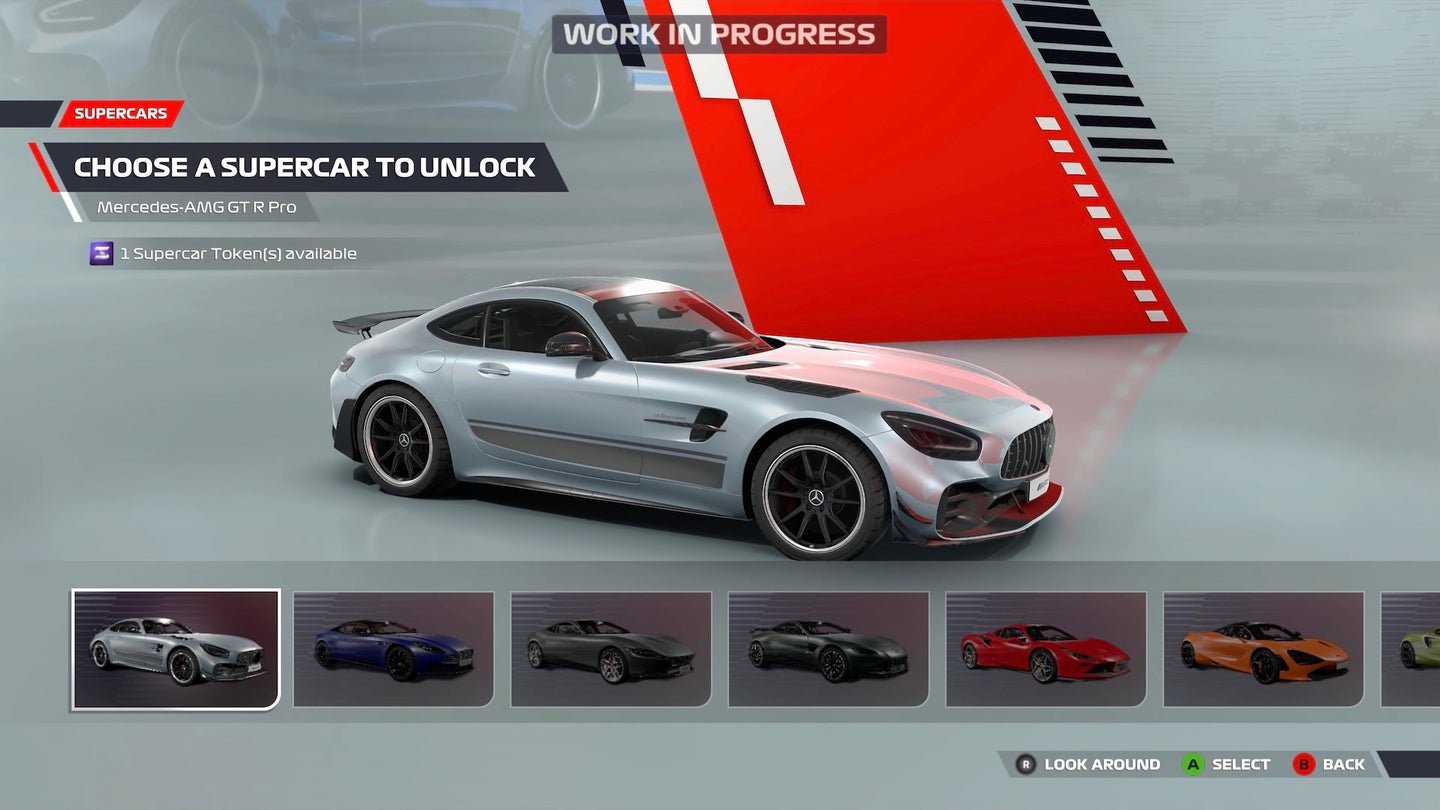 Outside of the money, the fame, and getting to travel the world competing at the highest level of motorsport, one of the cooler perks of being a Formula 1 driver might just be getting to tool around in the road-legal six-figure supercars your employer happens to build. The upcoming “F1 22” video game is apparently aiming to replicate this aspect of the experience by branching out and adding some of these production rides to its roster of drivable machinery.

Granted, this being a Formula 1 game, it’s limited to cars from manufacturers that currently compete in the sport. To be won through gameplay, the list consists of the Mercedes-AMG GT R Pro and Black Series, Aston Martin’s DB11 AMR and Vantage F1 Edition, the Ferrari Roma and F8 Tributo, as well as McLaren’s 720S and Artura (our real-life review of which you can read here). The GT Black Series and Vantage, by the way, can indeed be driven in their respective safety car liveries and configurations, so players can see for themselves whether that Aston really is as slow as “a turtle.”

A bit like how real F1 drivers are occasionally tasked with scaring the doo-doo out of VIPs in these cars with the Pirelli Hot Laps that happen during race weekends (the specific game mode in question is, in fact, labeled Pirelli Hot Laps), players will use these supercars to complete mini driving events such as maintaining a certain average speed through a section of a track, drift sessions, and autocross, among others. Here’s what that looks like in action.

“It’s an opportunity to give the player a little bit of a breather,” said Senior Creative Director Lee Mather in a developer deep dive. “The intensity and the excitement of a Formula 1 race, it’s sometimes nice to have a little break in between to sit back, do something a little different, do something unusual within the world of Formula 1… It’s very much inspired by the Pirelli Hot Laps.”

In addition to being able to drive the supercars on Grand Prix tracks (including this year’s new Miami circuit), the street-spec vehicles will also appear as background dressing in the game’s new F1 Life mode. A little reminiscent of “Test Drive Unlimited,” F1 Life lets players customize their in-game driver’s outfit and swanky living space—complete with sleek supercars casually laying around—to serve as main menu backdrops and something to show off to other players online.

Sure, it’s fantasy fulfillment but, ultimately, isn’t that the entire point of a video game that simulates flinging multimillion-dollar speed machines around in circles for the sake of spectacle?

Regular versions of “F1 22” will be out on PS5, PS4, Xbox One, Xbox Series X, Xbox Series S, and PC on July 1 but the “Champions Edition” will be playable starting June 28. While the new Pirelli Hot Laps supercar mode should be a neat distraction, I’m frankly more interested in seeing whether or not the game has faithfully recreated the back-breaking porpoising that’s been plaguing this year’s F1 cars.

Got a tip or question for the author about ‘F1 22’? You can reach him here: [email protected]