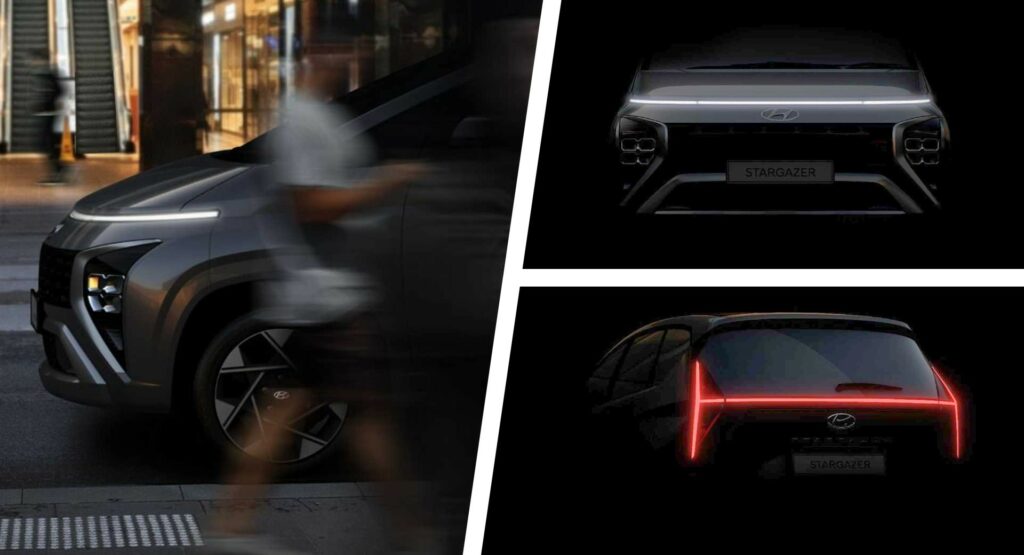 Hyundai published the first teaser photos of the new Stargazer, a new entry-level minivan designed for markets in South East Asia. The spiritual successor of the Trajet has design references to the larger Hyundai Staria, going against the likes of the Toyota Avanza, the Mitsubishi Xpander, and the Suzuki Ertiga.

The front end has a full-width LED bar that is very similar to the Staria, with a split headlight design and a large grille covering most of the front bumper. At the back, we find modern LED taillights reminiscent of the Hyundai Bayon that are connected through a slim LED bar under the rear windscreen. We can also see the “Stargazer” lettering on the tailgate. 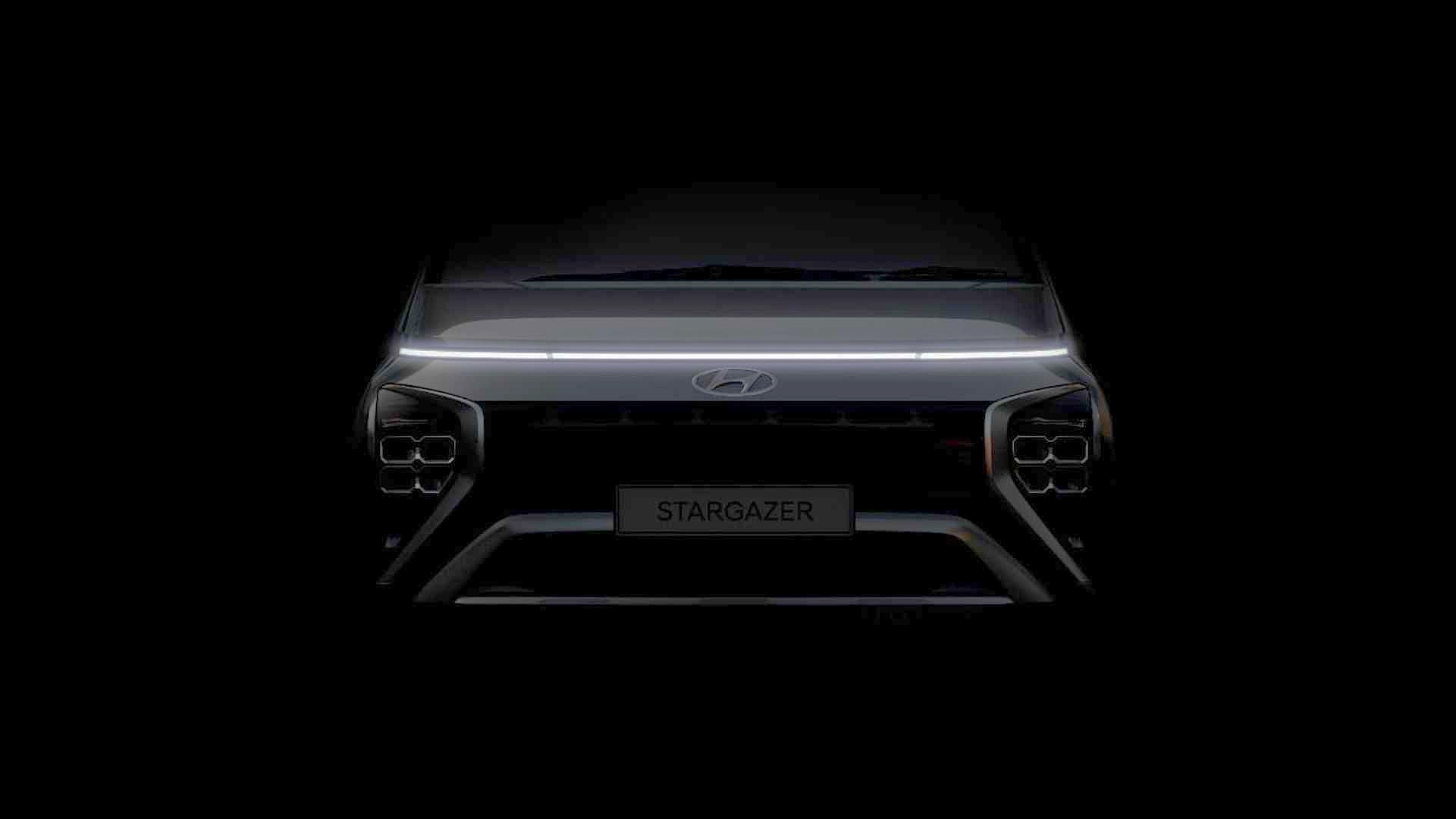 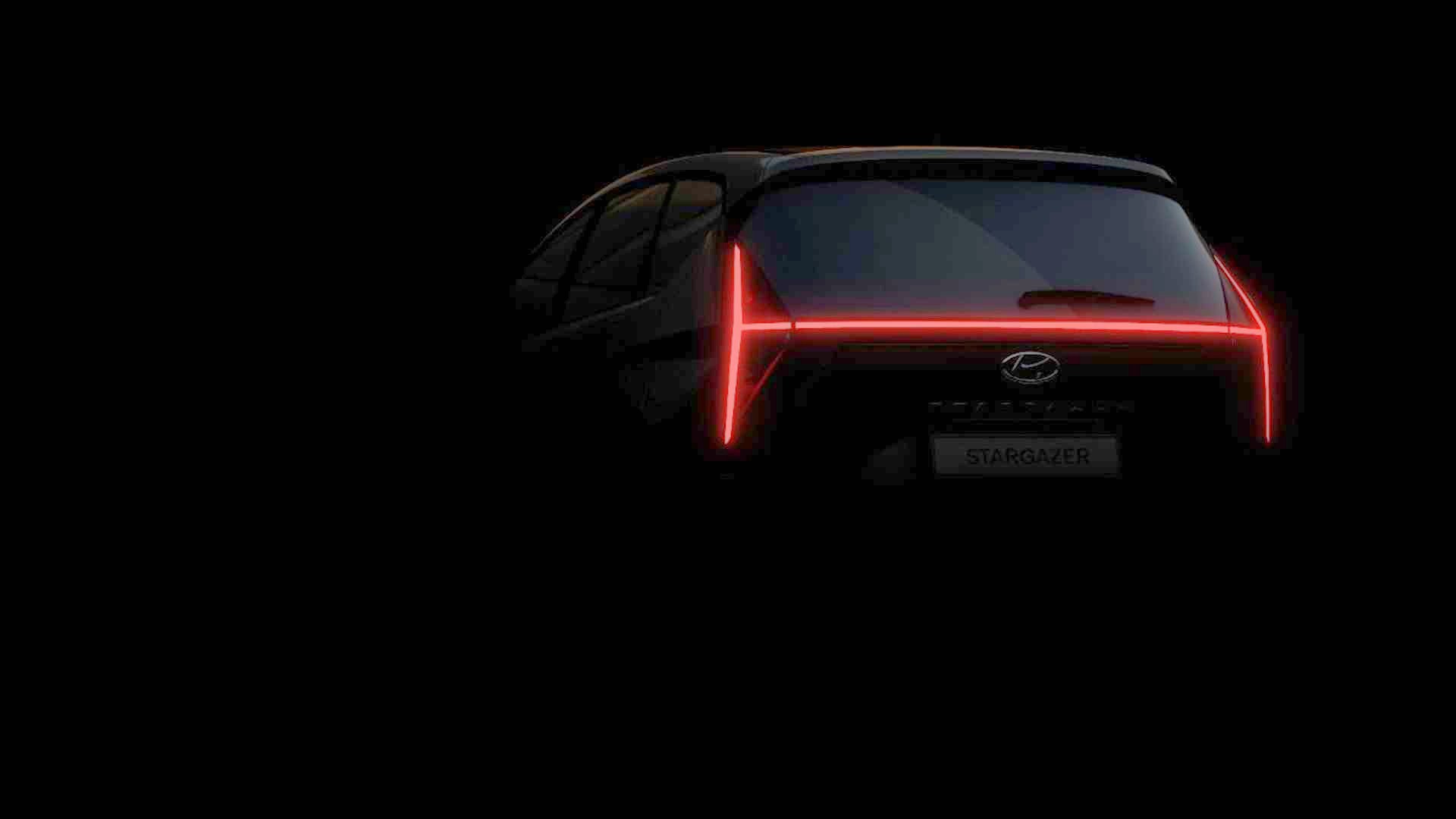 The teasers do not show the entire silhouette of the Stargazer but spy shots have revealed it has single-box proportions with comparatively small wheels and an aerodynamic front windshield. The Stargazer will reportedly measure around 4,5 m (177 inches) long and come with a three-row cabin offering six or seven seats.

The Hyundai Stargazer will most likely share its platform and powertrain choices with the Kia Carens that was introduced late last year in India. This means the FWD-only minivan could be offered with Hyundai’s 1.5-liter petrol or diesel engines mated to manual or automatic (torque converter / dual-clutch) transmissions.

The official debut of the Hyundai Stargazer is expected to take place sometime next month. The minivan will be produced in Indonesia, where Hyundai is also manufacturing the Creta, Santa Fe, and Ioniq 5. Pricing in Indonesia has been leaked, reportedly ranging between Rp155,000,000-Rp202,000,000 which translates to $10,500-$13,600. Besides Indonesia which will be the first market to get the Stargazer, local media suggest it will also be available in India.