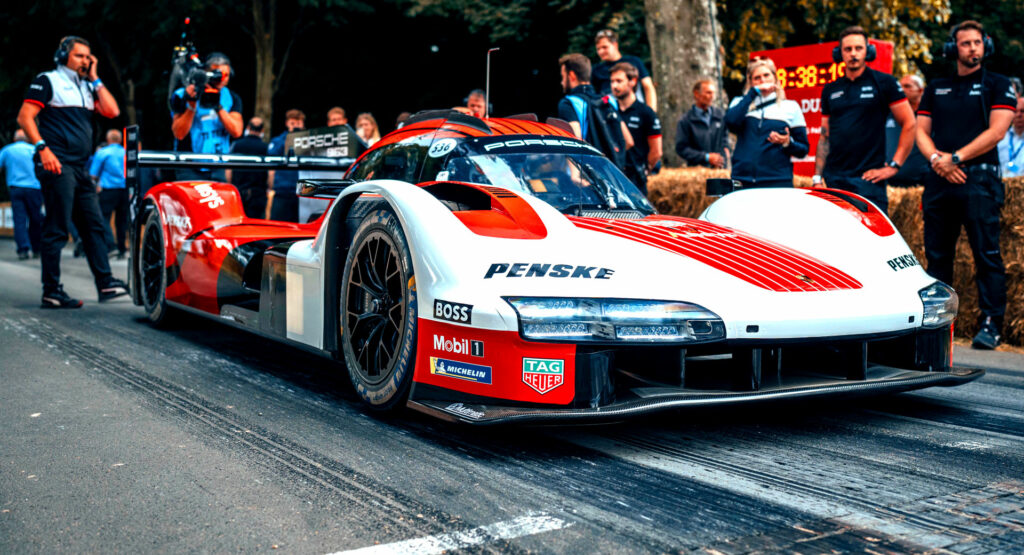 Porsche finally took the wraps off of its upcoming endurance racer at Goodwood today. Run by Porsche Penske Motorsport, the 963’s lineage can be traced back to some of the greatest racecars of all time.

Based on a Multimatic chassis and using spec hybrid componentry, the Porsche Penske 963 is powered by a twin-turbo, 4.6-liter V8 engine that was borrowed from the 918 Spyder. Together with the electrical assistance, the powertrain is good for 670 hp (500 kW/680 PS).

“After 7,889 test kilometers during the first half of 2022, we’re on a very good path but there is still work to be done before the start of next season,” said Thomas Laudenbach, VP of motorsport. “I’m positive that we’ll be well-positioned when it comes to technology and we’ve also created the relevant team structures to set us up for wins in the thrilling competition between many manufacturers and different concepts.”

It will have to be very well-prepared because Porsche expects to race the 963 in both the World Endurance Championship (WEC) and the American IMSA WeatherTech SportsCar Championship. To accomplish that, it will campaign four cars: two per championship.

The pair competing in the U.S. will be run out of Mooresville, North Carolina, and the other pair will be run out of Mannheim, Germany. Each facility has been built to state-of-the-art standards, the automaker says, and they are capable of sharing data in nearly real time.

“Over the past few months, our people at Porsche Motorsport and Team Penske have grown into an efficient and committed squad – the Porsche Penske Motorsport Team,” said Urs Kuratle, Director Factory Motorsport LMDh. “We’ll have powerful driver crews in the four factory cars. The Porsche 963 should be homologated this autumn. Until then, we want to make further progress with test drives and gain additional insights.” 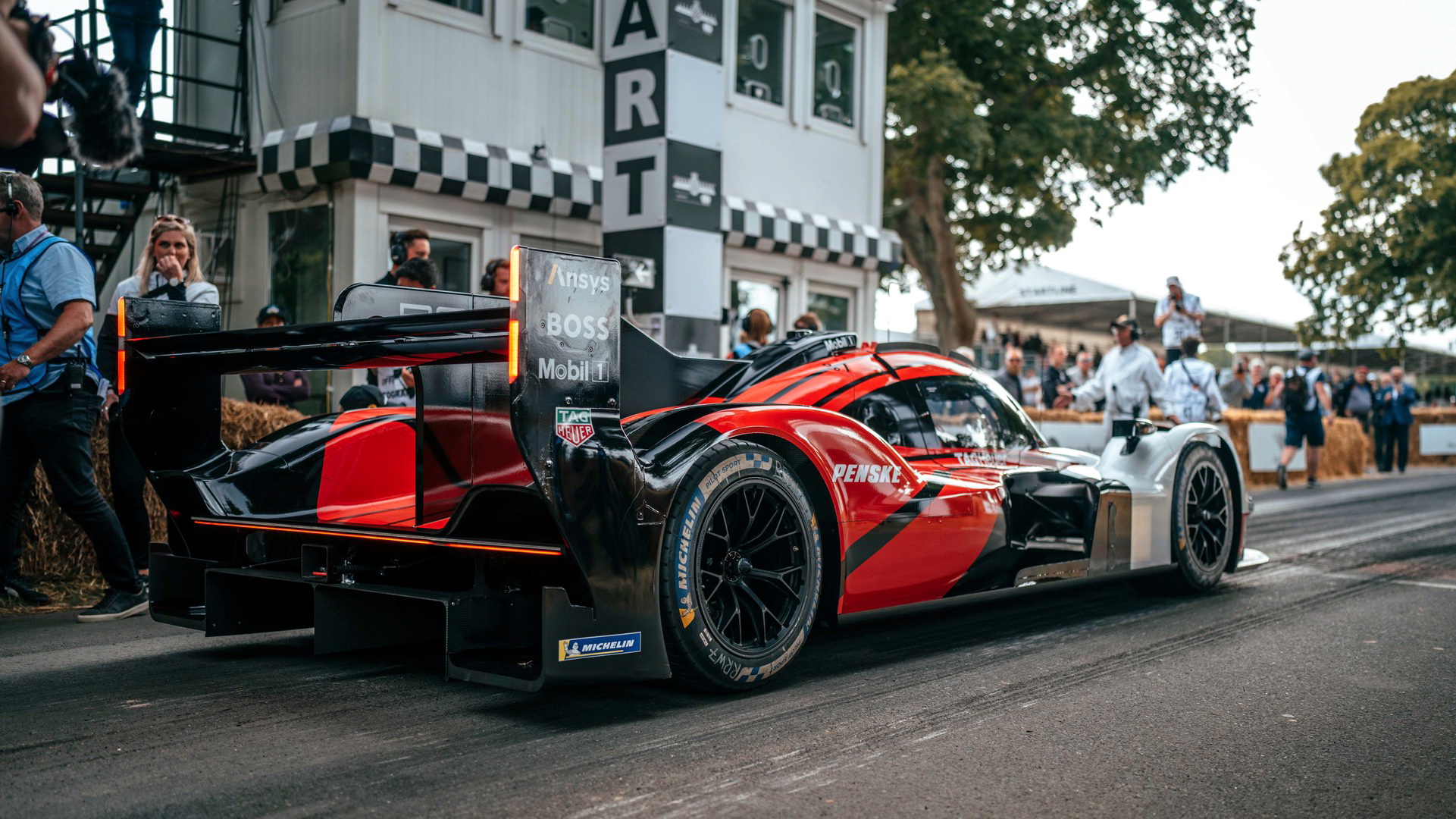 The racing DNA of the 963 goes back to the RS Spyder that was campaigned by Porsche and Team Penske between 2005 and 2008 and which notched up many victories in its day. The name and design, meanwhile, take inspiration from the 956 and 962 of the ’80s, which similarly campaigned in both European and American racing series. Its taillight and red, black, and white livery, however, are references to more modern Porsches both in motorsport and on the road.

Although not every single driver has been chosen yet, Porsche has revealed that it will turn to Kévin Estre (France), Michael Christensen (Denmark), André Lotterer (Germany), Laurens Vanthoor (Belgium), Matt Campbell (Australia), Mathieu Jaminet (France), Dane Cameron (USA) and Felipe Nasr (Brazil) to drive the 963.

The car’s first official competition outing will take place in January 2023 at the 24 Hours of Daytona. It is aiming to hit the track for a non-competitive run at the final round of the WEC in Bahrain in November. After that, Porsche plans to enter it into the world’s biggest endurance races, including the 24 Hours of Le Mans and the 12 Hours of Sebring.