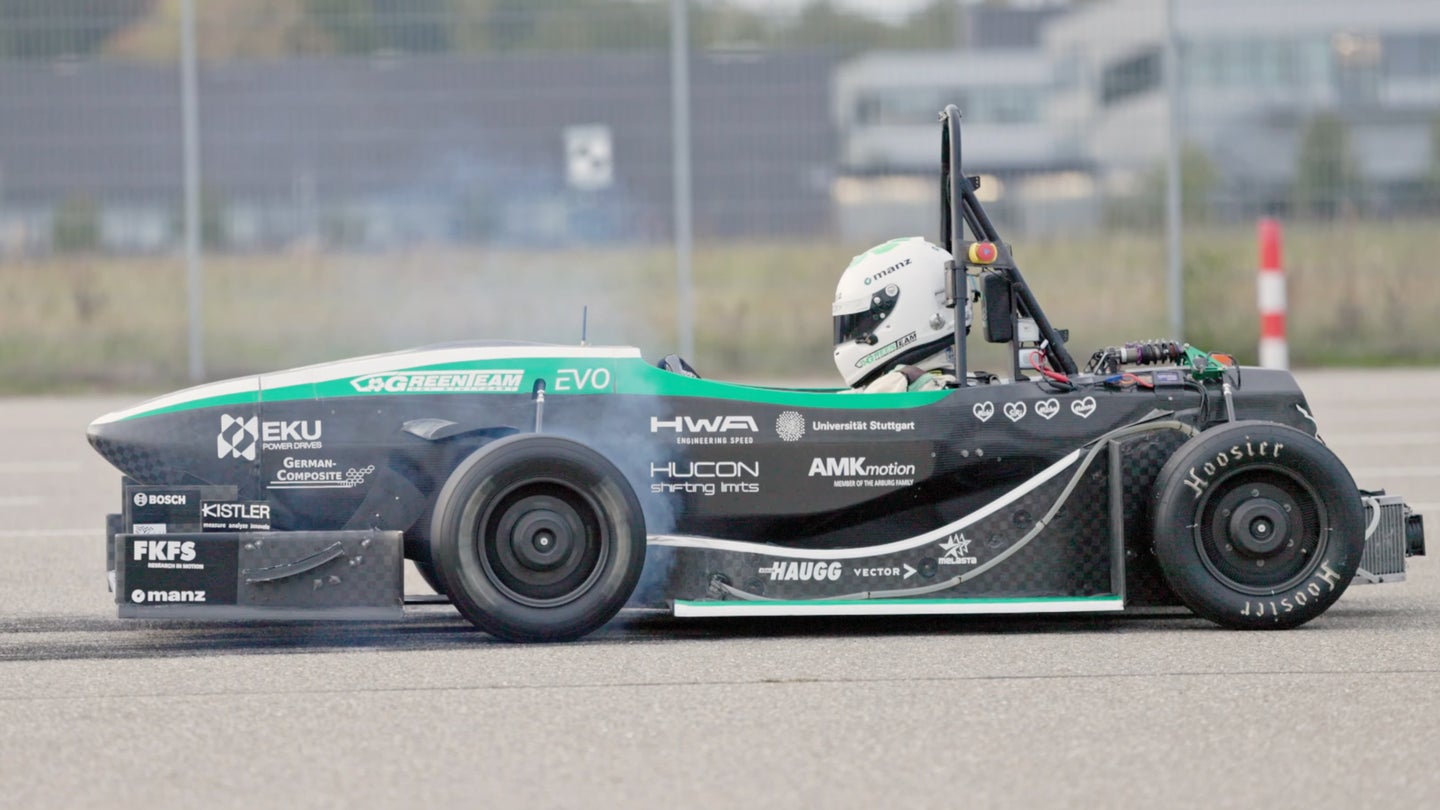 There’s a new EV acceleration king and no, it isn’t a Tesla. Though, it’s not exactly a production car, either. This bite-sized electric race car hails from Germany and it just broke the Guinness world record for the fastest electric vehicle from 0-100 km/h (62 mph), nailing that speed in a gut-churning 1.416 seconds. And it was built by students.

The 20 student GreenTeam from the University of Stuttgart built an all-electric, single-seat race car and tested it at the Bosch Research Campus in Renningen, Germany. After technical issues forced the students to cancel their first test run in early September, they tried again on October 6 and the Guinness Book of World Records confirmed their 0-62 mph time.

“The University of Stuttgart is proud that the GreenTeam has succeeded in setting a new record for the acceleration of e-vehicles. I’m really excited about what our students have accomplished. Studying at university not only means acquiring theoretical knowledge, but also being able to apply it in practice. The GreenTeam’s commitment is an excellent example of how knowledge transfer can succeed.” said Professor Wolfram Ressel, Rector of the University of Stuttgart.

At just under 145 kilograms (320 pounds), the student-built racer is an almost entirely carbon fiber featherweight. Combine that ultra-low curb weight with a 180 kilowatt (241 horsepower), all-wheel drive electric powertrain and the little carbon racer is capable of 2.5 g of peak acceleration. To put that into perspective, F1 cars accelerate at around 2 g. That immense acceleration is what helped the GreenTeam car break the record previously held by Swiss team AMZ Racing, whose electric car hit 0-62 mph in 1.513 seconds.

Pavel Povolni, chairman of GreenTeam was happy to set the record for their home country. “We are delighted that we broke the world record and brought it back to Germany!”

Watching the video is admittedly a bit anticlimactic, though. Because the run is so short, it really doesn’t seem like much. It’s just difficult to pack a lot of excitement into 1.416 seconds (go ahead, make your jokes, joke-makers). Still, it’s incredibly impressive to see something so small accelerate so violently, even briefly. And the fact that it was designed by a team of students makes it even better.

The post New World Record for EV 0-62 mph Is 1.416 Seconds appeared first on The Drive.