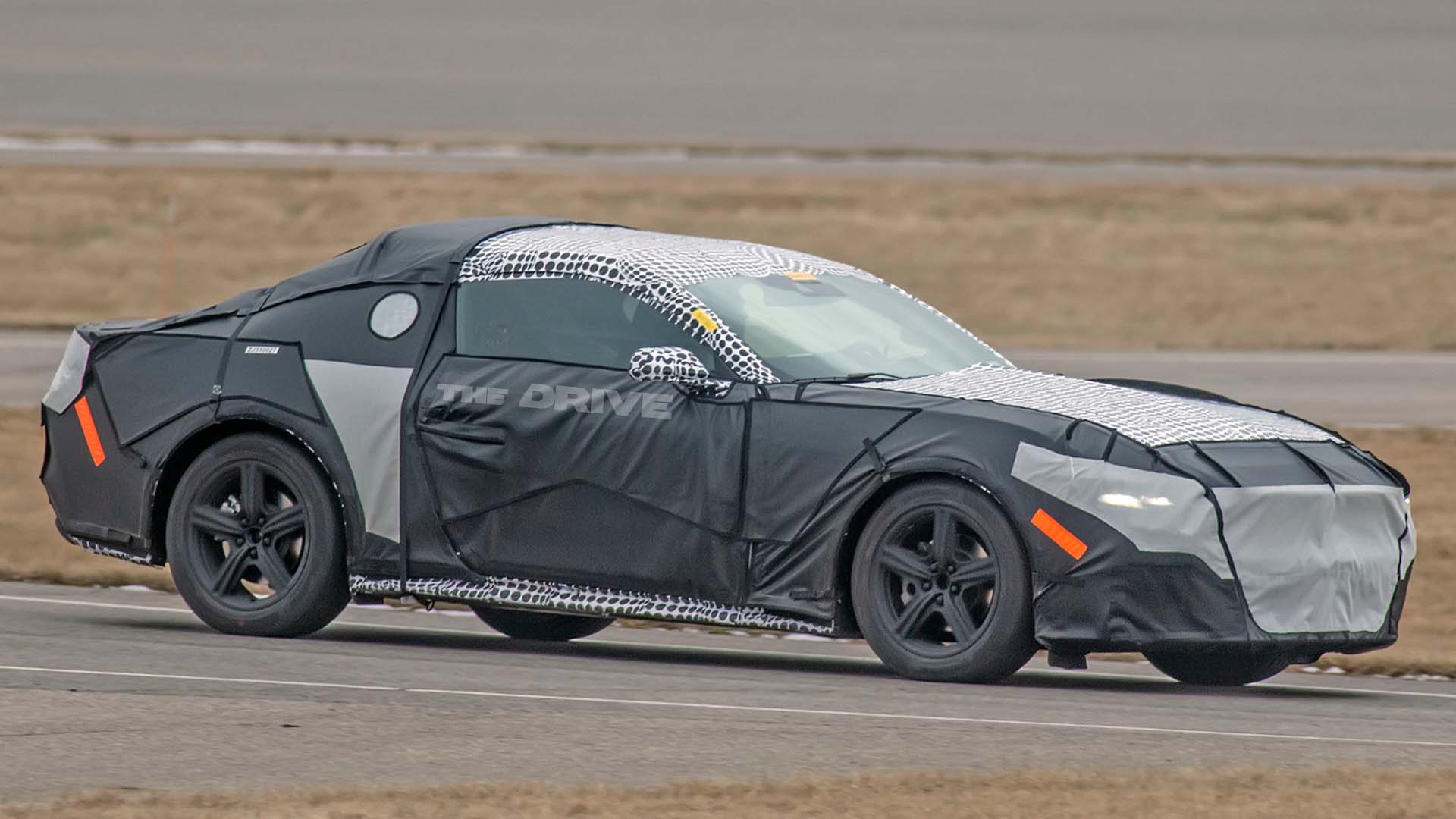 You won’t find anyone denying that the Ford Mustang is an icon. Even after the Blue Oval went and made an electric crossover with a Mustang badge, the two-door pony car is still recognized as red-blooded and key to the American auto industry. It’s becoming stale, though, and it was outsold by the Dodge Challenger for the first time ever in 2021. Luckily, it’s about time for the next-generation ‘Stang, which is what we’re seeing in these spy photos.

Expected to launch early next year as a 2024 model, the S650 generation will succeed the current car that’s been around for nearly a decade. Design details are hard to spot here, though the front end looks to be more angular than the existing model. The daytime running lights reveal very little, though it’s possible that Ford’s C-clamp-style lamps could find their way onto the upcoming coupe. There’s no sense in trying to guess what the most intricate pieces will look like given all this camo, but the hood does look slightly cowled.

Out back, you can clearly see two vertical elements on the taillights, hinting we’ll once again see the return of sequential indicators. It’s probably a good idea to expect more of the same throughout; Ford isn’t about to deviate from the cues that have become expected of every Mustang. Instead, it’ll gradually modernize them and turn this into a car that our grandparents would’ve found futuristic and our grandkids, recognizable alongside its predecessors.

Previous reports say it’ll feature available all-wheel drive with hybrid V8 power, potentially featuring an electrically driven front axle. That seems the most likely setup if such a Mustang does come to life, especially as Ford looks to strengthen ties between the internal-combustion car and the Mach-E. The more they’re alike, the less reason anyone has to say the latter’s not a true Mustang.

When The Drive‘s editor-in-chief Kyle Cheromcha asked Ford CEO Jim Farley what he wanted of the next-gen Mustang, he replied, “For my kid to have it on his wall. Or on his phone.” That means bold styling, of course, but it also means mega performance that’ll need to beat its aging domestic counterparts. It wouldn’t be a surprise to see the GT best 500 horsepower, and as we’ve already seen from the muscle-bound Shelby derivatives, there’s gotta be potential for way more.