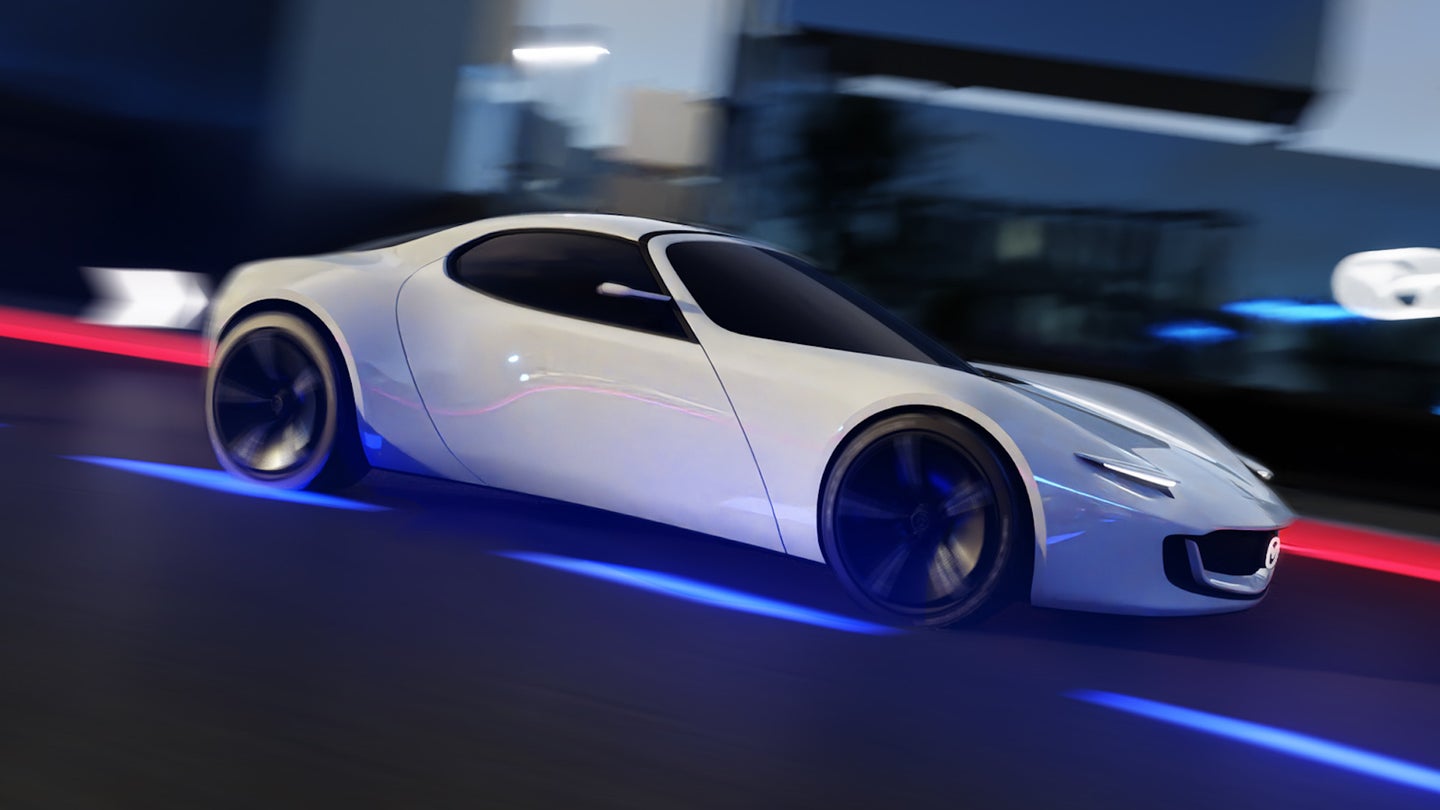 The next generation of the iconic Mazda MX-5 roadster is on its way, and it’s guaranteed to get an electrified drivetrain. When it’ll arrive hasn’t been known til now, as Mazda’s leadership has hinted to expect it within about four years—in 2026.

Speaking to Australia’s Which Car?, Mazda’s Senior Managing Executive Officer Yasuhiro Aoyama said the next-gen MX-5 will be timed to arrive after the implementation of Euro 7 emissions standards, which take effect July 2025. The outlet specifies it was “tipped” the car could arrive in 2026. Because those standards will cinch even tighter around internal combustion engines than the Euro 6 standards do, Mazda has previously confirmed to The Drive that the next MX-5 will be electrified—Aoyama reportedly emphasized that the car’s lightweight legacy will be respected.

The next MX-5’s makeup was further elaborated on by Mazda’s chief designer Akira Tamatani, who said to expect a shape influenced by the Vision Study concept revealed last month. Crucially, Tamatani also had a couple of things to say about its drivetrain: It won’t be powered by Mazda’s new turbo inline six, and Mazda hasn’t decided what form of electrification its drivetrain would use.

Electrification, let us remind you, is a catch-all for everything from mild hybrids with 48-volt boosters to fully electric vehicles and doesn’t communicate one specific type of drivetrain. For the upcoming MX-5, a lesser degree of electrification is the most likely due to weight and cost, as the MX-5 has traditionally been a lightweight, affordable sports car. That probably counts out a full EV, a range extender like in the MX-30, or even a plug-in hybrid (PHEV), though it doesn’t mean it’ll do without a serious performance boost.

Earlier this year, we dug up a conspicuously detailed Mazda patent for a tri-motor hybrid drivetrain that might fit in the MX-5. It features only a small, 3.5-kWh battery but also a bank of capacitors for quick discharge, and an 80-horsepower electric output that, combined with an ICE, could give an MX-5 quite the shove. Of course, that system would be complex, expensive, and heavy, so the safest bet is that we’ll just see 48-volt mild hybrid tech on the next MX-5. Maybe even that Skyactiv-X semi-compression-ignition engine too, if Mazda’s tease from years ago plays out after all.

The post Next-Gen Mazda MX-5 Miata Could Arrive in 2026 With ‘Electrified’ Power appeared first on The Drive.