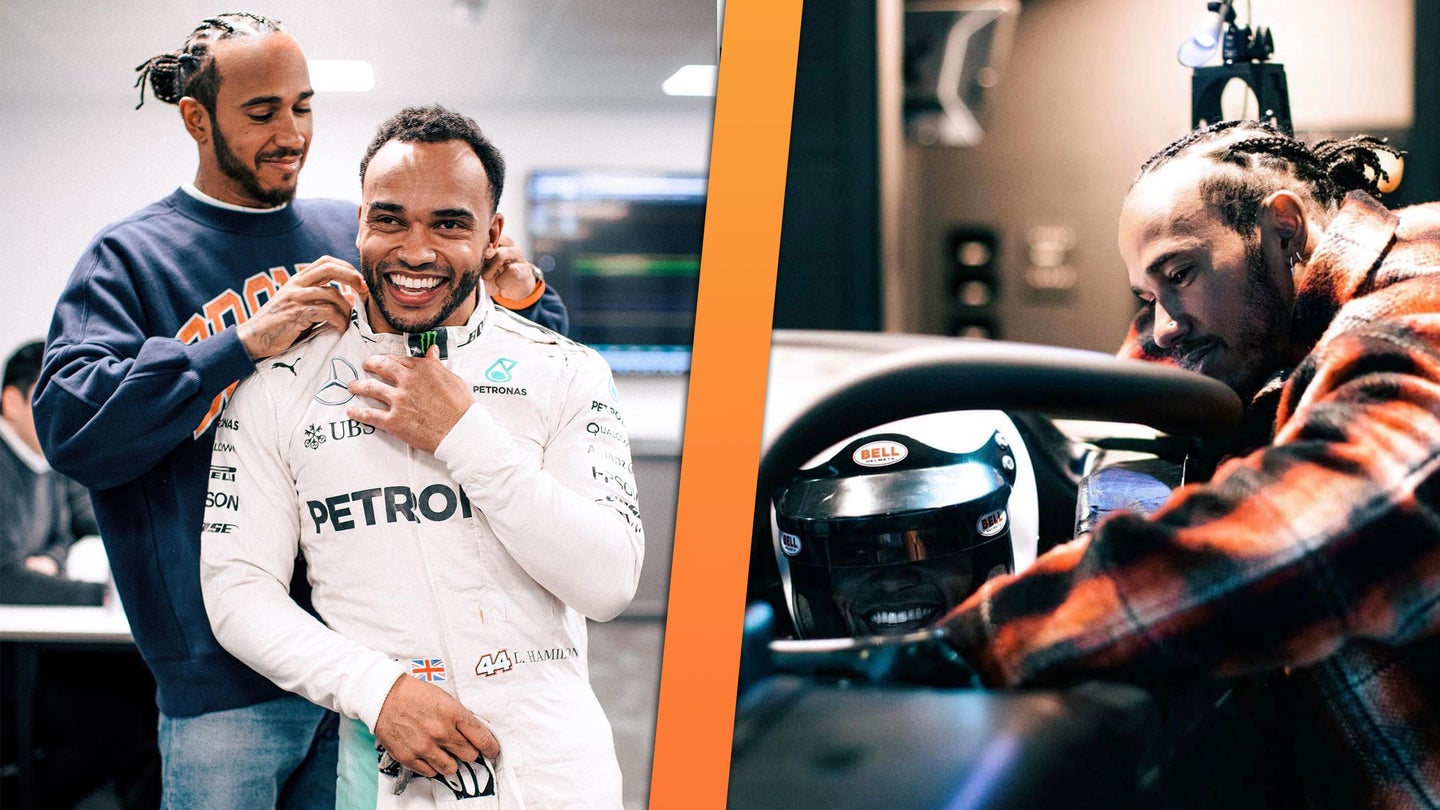 Nicolas Hamilton shares a last name with his famous brother, Lewis, and a career: they’re both accomplished drivers. Nico competes in the British Touring Car Championship; Lewis drives in a different series you may have heard of.

But recently, Nico’s and Lewis’ careers crossed paths, and Nico was offered the chance to drive a Formula 1 simulator—a first for F1 and hopefully a beacon of things to come. This week, Lewis posted photos of Nico’s F1 simulator test at Mercedes-AMG, complete with smiles.

According to Lewis, the team at Brackley modified the simulator’s seat, steering wheel, and pedals to accommodate Nico, who has cerebral palsy. Nico’s condition hasn’t stopped him from racing in the premier series in Europe: Nico competes in the BTCC with ROKiT Racing in a specially modified car and has competed in the Renault Clio Cup before that.

Once wheelchair-bound, Nico learned to walk at 17. In 2015, Nico became the first adaptive driver in the BTCC with ROKiT and signed a multi-year agreement this year to drive for the team for 2023 and beyond.

“Time in the sim is incredibly rare, and not something that is accessible for someone like my brother. It took custom modifications to the seat, steering wheel and pedals to make this possible. He spent the whole day in it, and is the first disabled person to ever do so,” Lewis wrote.