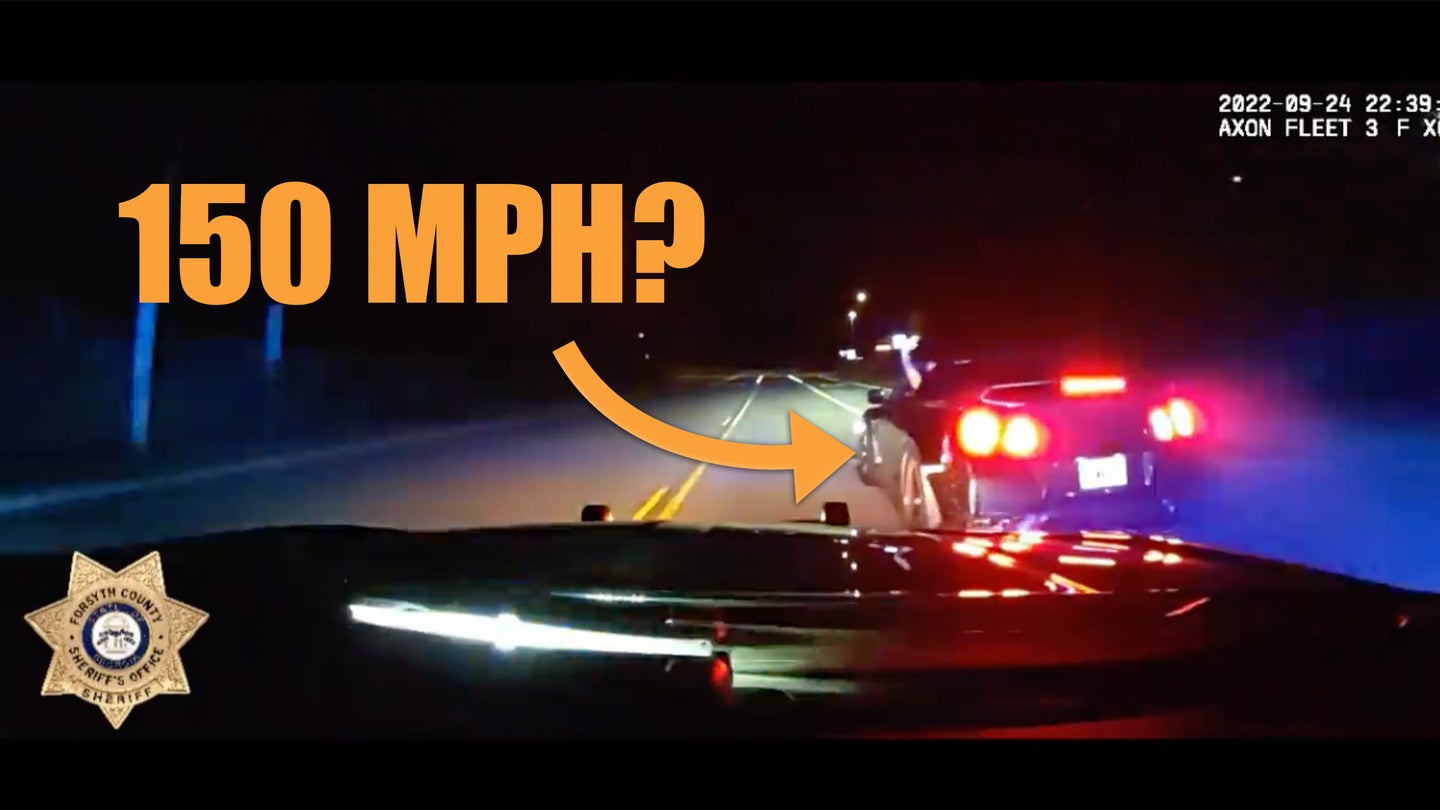 A Georgia man accused of speeding on a highway by more than double the posted speed limits allegedly decided that in for a penny is in for a pound.

That’s because Buford, Georgia, man Tejas Desai told officers after his Nissan GT-R was PIT maneuvered by Forsyth County sheriff’s deputies after he was spotted traveling more than 140 mph “there was no reason to stop,” according to the sheriff’s office.

After deputies chased Desai out of the small town and onto nearby roads, he appears to give up the chase in the video. The arresting officer appears to maneuver Desai’s GT-R while he’s waving his hand out of the driver’s window. According to officers, Desai’s car was spotted the night prior traveling more than 175 mph on the same road.

Police said they charged Desai with reckless driving and felony fleeing. A spokeswoman for the Forsyth County Sheriff’s office said police would not pursue additional charges against Desai.

Phone numbers listed for Desai were disconnected or did not answer.