No Ford Mustang GT500 for Final Year of 6th-Gen Model 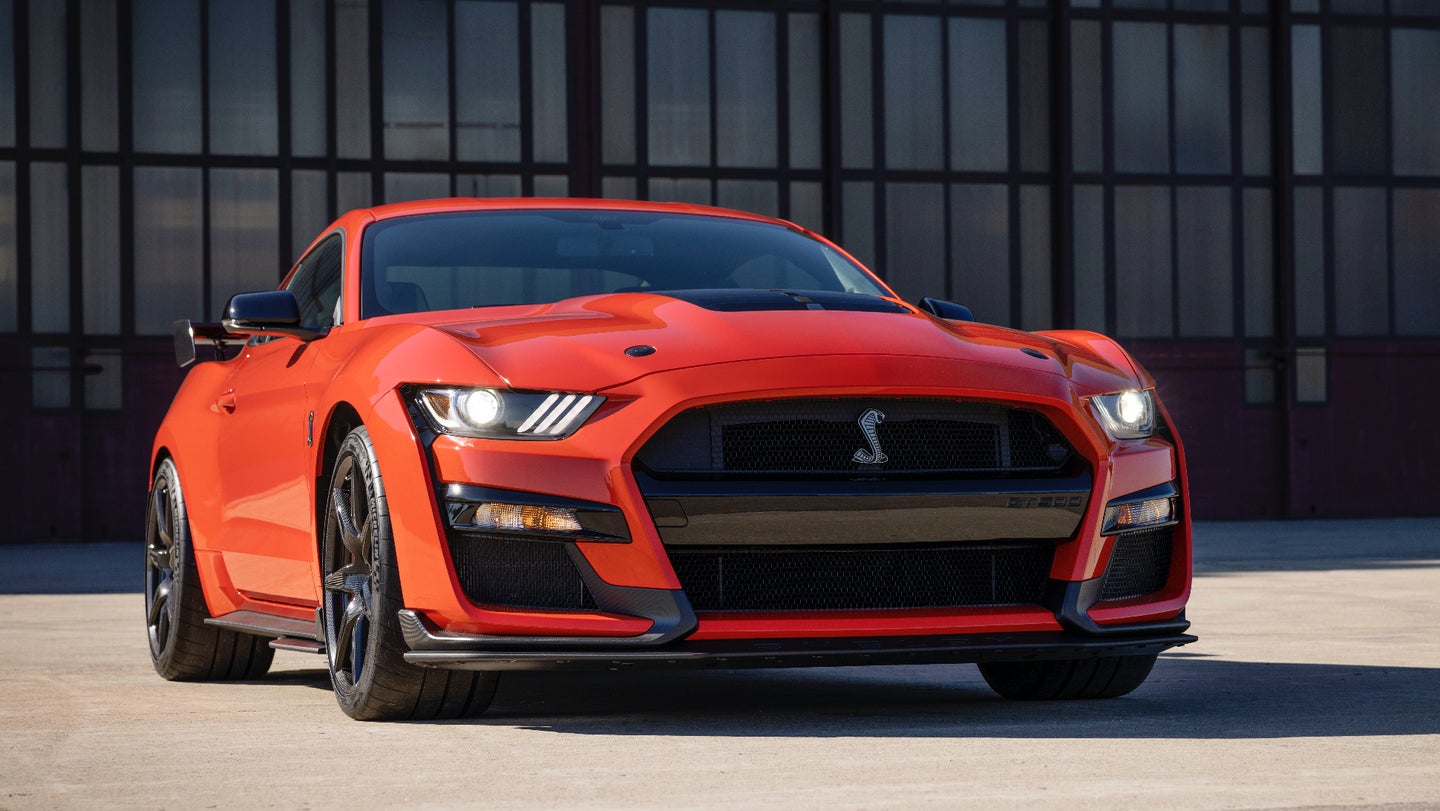 If you want one of the last sixth-gen Ford Mustangs before the new one heads to dealerships, never fear—there will be a 2023 model year, Motor Authority reports. There are a couple of catches, though: Ford will cut the 2023 model year short to make way for the seventh-gen ‘Stang, and the Shelby GT500 will be discontinued for 2023.

Ford spokesman Mike Levine confirmed the lineup changes to Motor Authority. The Mach 1 will be the range-topping Mustang model for 2023. Additionally, Muscle Cars & Trucks reports that Ford will discontinue its Brittany Blue paint color as well as the Mustang EcoBoost Coastal Limited Edition.

So, good luck finding one of the 2022 Shelby GT500s if that’s what you’re shopping for. The Mach 1 takes quite a bit from the Shelby trims, but isn’t anywhere near as powerful as the supercharged 760-horsepower Shelby GT500, so it’s not a true range-topping replacement. Ford Performance marketing manager Jim Owens confirmed to Muscle Cars & Trucks that the company is still playing catch-up this year on building 2022 models due to various shortages and supply chain woes. Mustang production was down nine weeks this year and 13 weeks last year, Owens said, and the company is pushing hard to get the supply of the current-gen Mustang back up to meet demand.

New Shelby models usually don’t arrive until after a new generation of Mustang has been out for a while, so expect to wait a few years for a seventh-gen Shelby to replace the current one. If launching with a 500-hp Dark Horse track package is any indication, though, any seventh-gen Shelby that does show up later should be pretty wild.

The post No Ford Mustang GT500 for Final Year of 6th-Gen Model appeared first on The Drive.