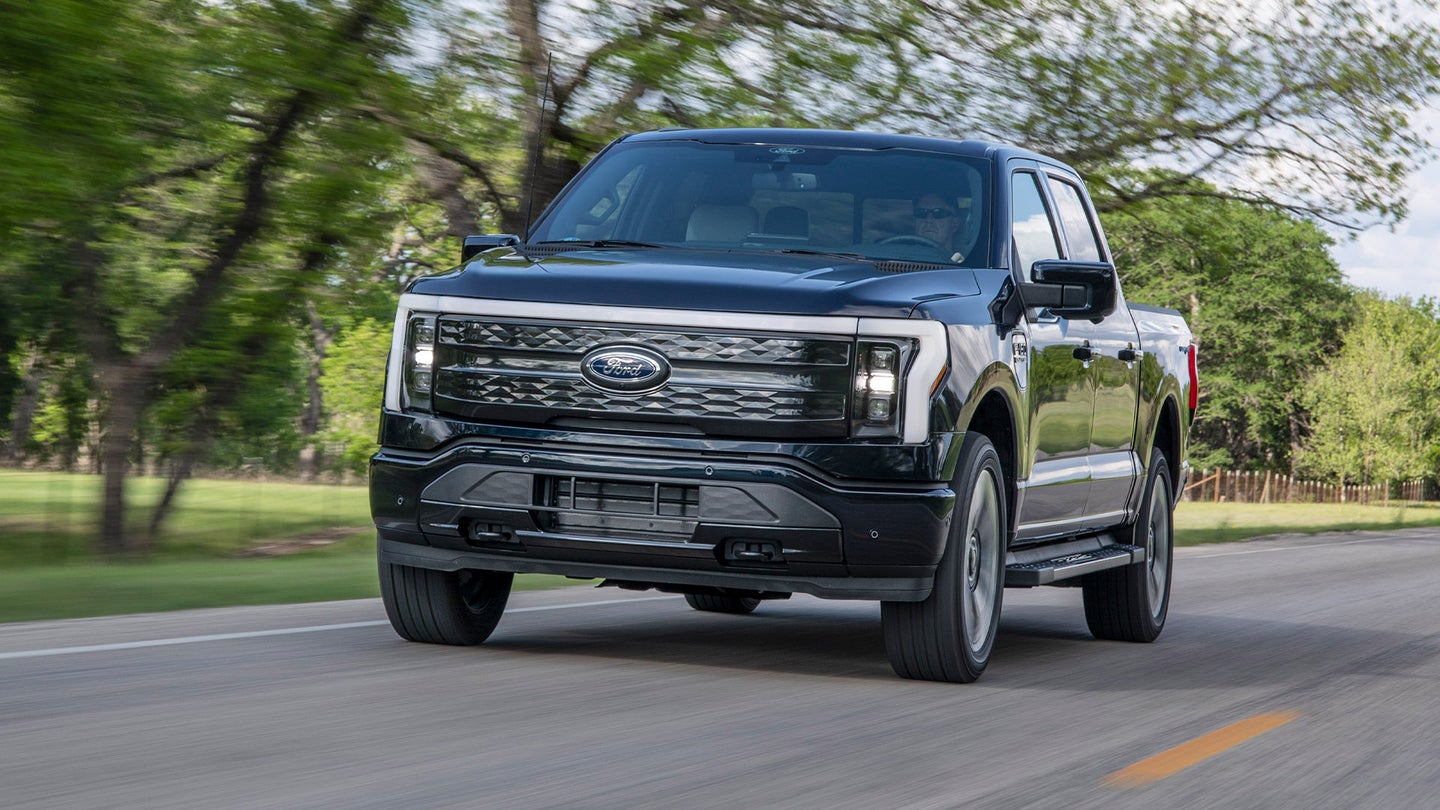 It’s no secret that automakers sometimes have issues with dealers unreasonably marking up vehicles. But the market is mostly free to do as it wishes, even though the blame is often laid on the automaker. Ford isn’t having any of it, and with the announcement of its new electrified dealership strategy, it’s clear that the automaker is officially over it.

In a broad move at its annual dealership meeting in Las Vegas, dealerships were reportedly put on notice that they have until Oct. 31 to decide if they want to sell electric vehicles. The decision isn’t as simple as checking a box, however, and will require dealers to signal their commitment by ponying up a significant sum of cash to meet some rather strict guidelines, including fixed, no-haggle pricing.

Ford previously announced that it would break up its gasoline and electric operations into two separate divisions: Ford Blue Oval for gas sales, and Ford Model E for full electrification. Dealers who choose to sell combustion-powered cars or hybrids (including plug-ins) can remain under the Blue Oval umbrella. But if a dealership wants to sell fully electric vehicles, it must opt-in to Ford’s Model E arm, which requires a rather heavy commitment.

If a dealer decides to become Model E certified, it must first agree to Ford’s new fixed-price policy. This will require the dealership to set prearranged prices for its new electric vehicles online, which will allow customers to shop around from dealer to dealer—even completing their purchase and scheduling a home delivery—without leaving their house. Customers are also welcome to visit the dealership in person to complete their purchase, but Ford expects the exact same price to be honored, and it will be checking receipts.

CEO Jim Farley compared this model to Tesla and other new electric startups that aren’t subject to dealer franchise laws thanks to their direct-to-consumer sales strategies. While these OEMs often have to jump over hurdles in states that don’t allow direct-to-consumer sales, the end result is (usually) a smoother purchasing experience that is attractive to EV buyers and, according to Farley, a $2,000 price advantage over Ford.

Dealers that opt-in to become Model E Certified will also need to decide whether or not they want to splurge to have an “Elite” designation. Essentially, the lower-tier Model E Certified appointment simply allows the dealership to sell battery-electric Fords, albeit with an undecided cap on the number of EVs it can sell each year. Elite dealers reportedly won’t be subject to this cap.

Standard Model E Certified dealers will need to commit to spending as much as $500,000 to reach this status. The majority of that cost will go toward installing at least one DC fast charger that will be open to the public. Elite dealers will commit to installing two DC fast chargers, at least one of which must be opened to the public, and a Level 2 charging station. Automotive News reports that Ford will likely require a third DC fast charger by 2026. Elite dealers should expect to spend between $900,000 and $1.2 million to achieve this status.

Dealerships can also opt-out of becoming Model E Certified, but that also removes the open for the dealership to sell electric vehicles or to even seek Certified status until 2027.

“We don’t want to rush dealers into being a Model E dealer before their market or they are ready to,” Farley told reporters at the Las Vegas dealership meeting. “We want people to take on these standards that can be profitable in executing them. It will not be good for the dealers or the company if people take on these standards and they don’t get a return on their investment. We’re not so excited or dogmatic that we want a certain number of people to take it that we’d look past the financial viability of it. That’d be a really bad move for us.”

With dealers opting-in to install fast chargers, Ford expects to significantly expand its Blue Oval Charging Network. In fact, Ford could essentially add more than 3,000 new charging locations nationwide if all of its dealerships became Model E Certified, which is a huge advantage to both individuals and its fleet customers. The bigger unknown is whether or not dealerships will want to play ball. Ford’s ask is not for a small chunk of change, but with the market shifting toward electrification, it may be the necessary step for a dealership to stay afloat in a changing automotive climate.

The post No More Markups? Ford Will Make Dealers Agree To No-Haggle Pricing appeared first on The Drive.