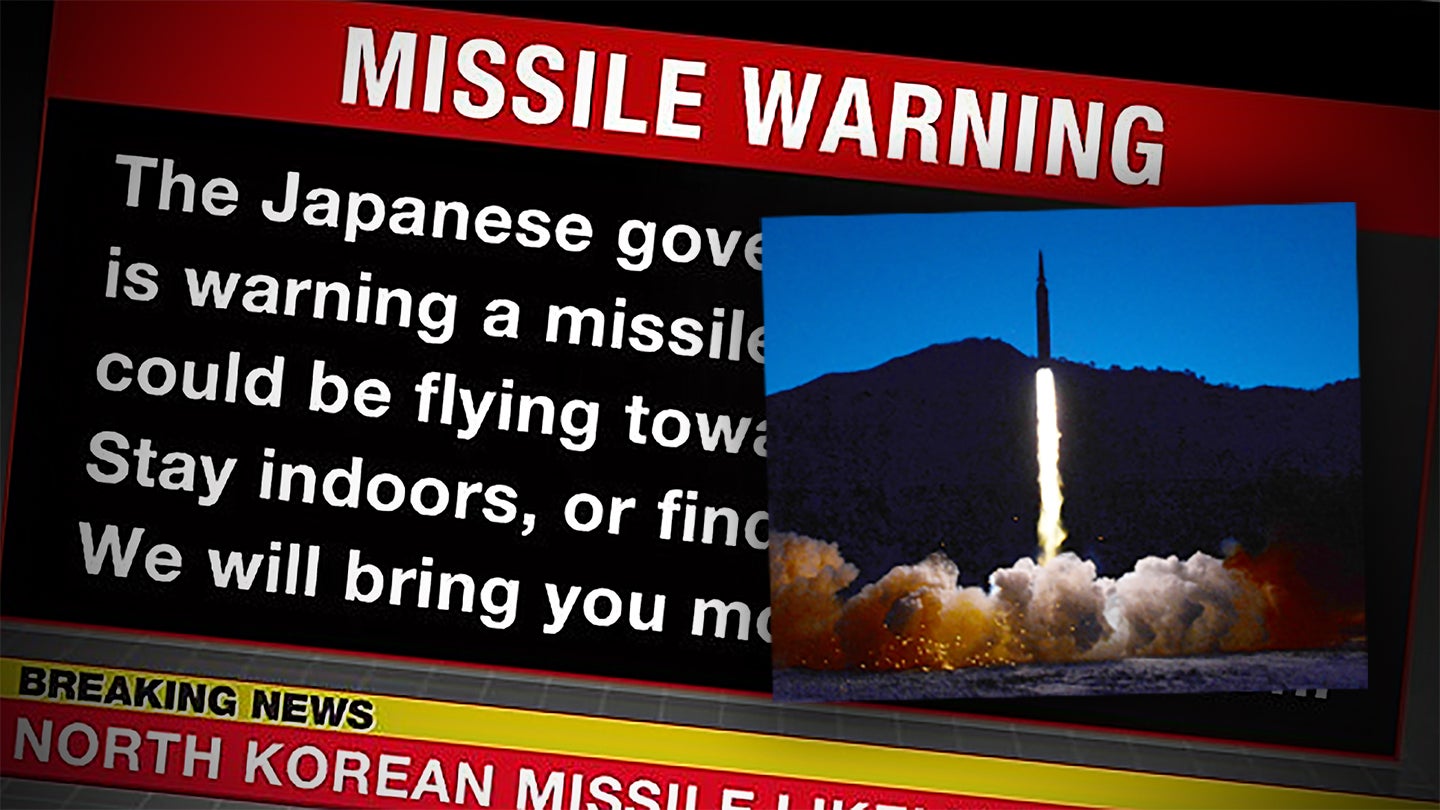 The Japanese government warned people to seek shelter Tuesday morning Tokyo time after North Korea launched what appeared to be a ballistic missile that flew over the island nation and landed in the Pacific Ocean.

The “likely ballistic missile” launched by North Korea “flew over Japan and landed in the Pacific Ocean,” the Japanese Prime Minister’s office said, according to the Washington Post.

Before the missile landed, the Japanese government issued a warning to residents that the target was potentially Hokkaido and urged people to “seek shelter immediately…Please evacuate to the inside of a building or go to a basement.”

This launch marks Pyongyang’s fifth in 10 days, according to Reuters, “amid military muscle-flexing by the United States and South Korea, which staged trilateral anti-submarine exercises last week with Japanese naval forces.”

While North Korea often fires missiles when its leader Kim Jong Un is agitated or wants attention, this appears to be the first time since 2017 that one has overflown Japan.

On Sept. 14, 2017, North Korea conducted its longest downrange ballistic missile test to date with a provocative launch over Japan, showing it has at least the range to hit the U.S. Pacific Ocean territory of Guam. The incident came after the United Nations Security Council hit the increasingly isolated country with the toughest sanctions to date.

On that date, the North Koreans fired what appeared to be a Hwasong-12 intermediate-range ballistic missile. It reached a maximum altitude of approximately almost 480 miles and traveled a total distance of around 2,300 miles, over the Japanese home island of Hokkaido, before falling into the Pacific Ocean some 17 minutes later. This was particularly notable since it was a much shallower launch envelope than in previous tests and more representative of what one might expect to see in an actual strike.

You can read much more in our story about that incident here.

This is a developing story. We will update it with more information as it comes in.

The post North Korea Fires Missile Over Japan For First Time In Five Years appeared first on The Drive.