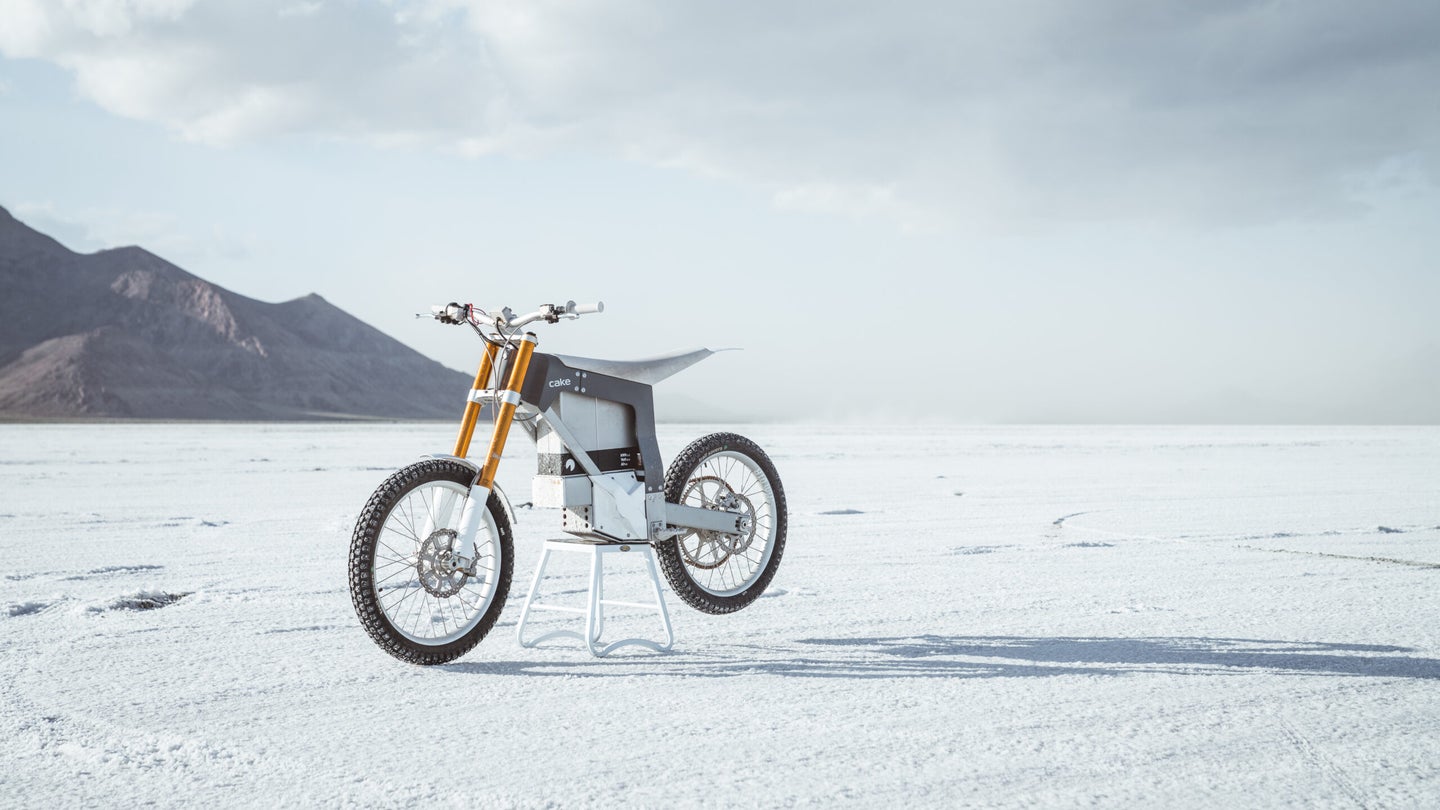 It took a team at Öhlins Racing AB four to six months to get a grip on where the company even stood regarding its carbon emissions. The reasoning behind the analysis is that Öhlins, one of the most well-known and prized suspension producers in the world, is collaborating with Swedish electric motorcycle maker, Cake, on the Cleanest Dirt Bike Ever project.

The Cleanest Dirt Bike Ever project is a joint effort between Cake and European energy company Vattenfall. The aim is to create the world’s most eco-friendly electric dirtbike using Cake’s Kalk motorcycle by 2025. But this means decarbonizing the entire production process. “Going fossil free isn’t just about how things are powered, it’s about removing fossil fuels from how things are sourced, made, transported, and assembled. So while electric vehicles are a great start, we need to go further”, says Vice President of Vattenfall, Annika Ramsköld. That also includes Öhlins.

“It’s about getting started and setting an example that we all need to do something. We will see how far, or how clean, we can get as we move forward in this project,” said Öhlins Global Marketing and Communications Manager, Viveca Lundberg.

Managing Director of Öhlins, Henrik Johansson, explained the process saying, “So how do we measure the output that we have and establish where we are today? For doing that, we need to be very granular, so we need to go down to each component inside, trying to understand how that was originally produced at that very supplier.”

Using the Life Cycle Assessment (LCA) model to calculate emissions, it’s estimated that the entire bike will emit 2,614 pounds of CO2e. And the Öhlins front fork and rear damper should account for around 18% of the output. Keeping the quality of the suspension components as high as they need to be while cutting emissions is one of the biggest challenges that the project presents.

Johansson and the team at Öhlins identified three key areas that can help the company lower its carbon footprint: how the materials used for suspension components are sourced, how they’re processed, and how they’re transported.

To make the supply chain as carbon-neutral as possible, Öhlins will need to consider utilizing different manufacturers that use recycled materials and renewable energy. Johansson explained, “We need to understand where they bought the raw material, how that raw material was produced, how it was transported to their house, how they produced it for us, and with what kind of electricity it was (made) with.” It’s also become apparent that one of the easiest ways to reduce transport-related emissions will be to work with local suppliers, instead of companies located in Asia.

Once suitable replacement supply companies have been identified, they will need to be assessed on financial and emission output parameters. Only when a new potential supplier is found to be a financially viable option and has a low carbon footprint can Öhlins begin testing the materials from this company to ensure they meet quality standards. It’s a long road, which will undoubtedly involve trial and error.

For now, Öhlins is only decarbonizing the suspension for this project, but it’s by no means a one-off effort. “I think this is going to be the pilot project for us, and when we learn this, and we trim it to something we like, then we start to roll it out also to the other products and product families. And I think it’s forever going to be a new piece of our decision matrix”, Johansson explains.

In the grand scheme of things, Öhlins Racing is not one of the major producers of carbon emissions in the world or even in the automotive industry. Öhlins taking part in the Cleanest Dirt Bike Ever project helps highlight how important it is that decarbonization happens at a granular level, regardless of a company’s size.

“I mean, we are a very small company, or this brand is a small brand… but it does matter what we do because people read about us, and they follow us, and they think a lot about our brand. And I think we can use that power to get others started in the industry because if we just sit around and wait for legislation, it’s gonna be too late. Trust me, it’s going to be far, far too late,” stated Henrik Johansson