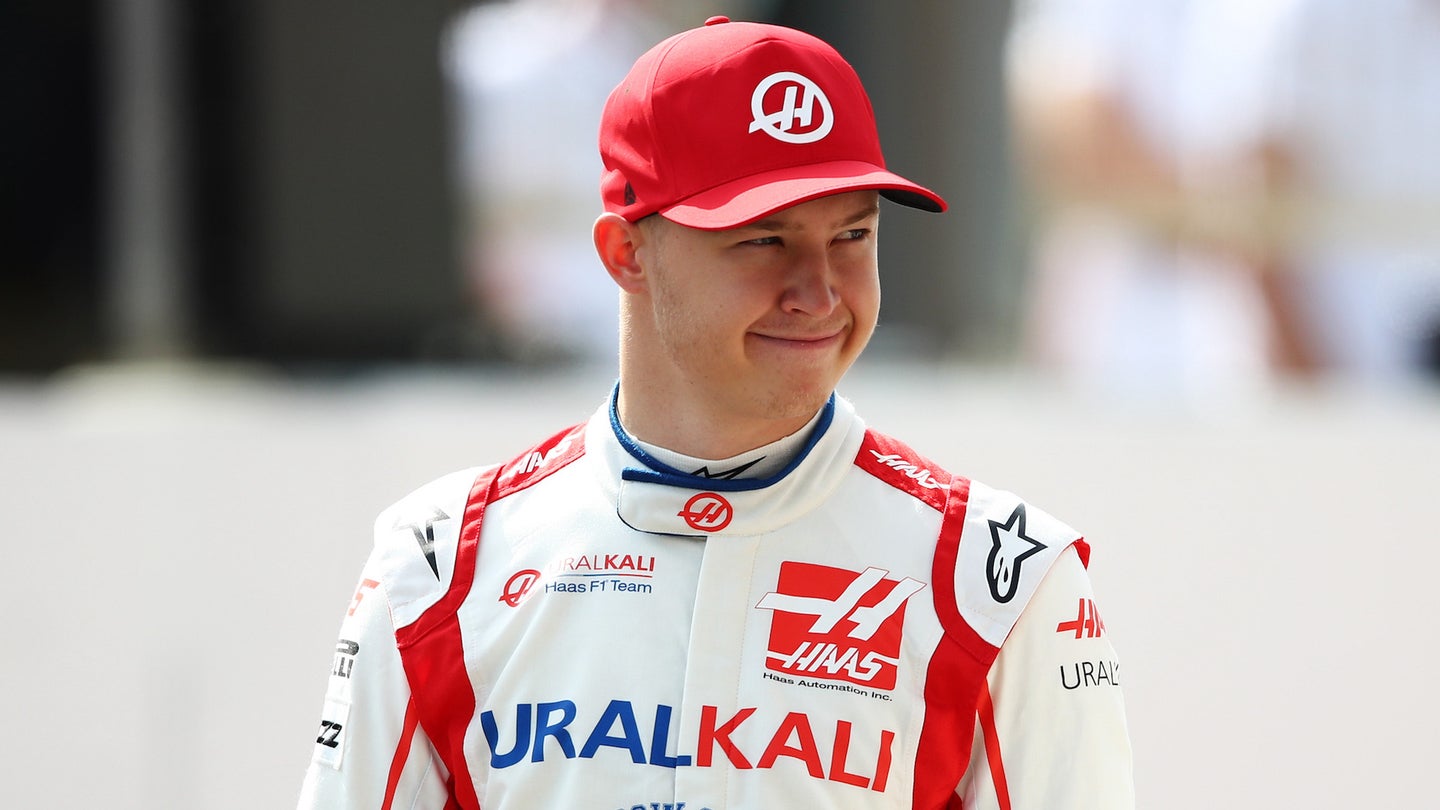 Former Russian Formula 1 driver Nikita Mazepin is the kind of guy who feels like he wholeheartedly believes his father’s affluence has earned him the right to do whatever he wants, when he wants, and how he wants it. From recording himself sexually attacking women and sharing it on social media, falsely blaming his on-track mistakes on an outdated F1 chassis (and having dad buy him a new one), to—my favorite—failing to see how Haas could no longer accept Putin-derived money in exchange for his seat, Mazepin lives in a world where he’s the alpha male and everyone else must deal with it. Now we can add retirement advice to the list of things the 23-year-old is an expert on.

Mazepin took to Instagram to share his own five-stage process on how to deal with retiring from F1, a post which he dedicated to fellow racers Sebastian Vettel, Daniel Ricciardo, Mick Schumacher, and Nicholas Latifi, all of whom drove their last F1 race at Sunday’s Abu Dhabi Grand Prix. And while I’m sure Mazepin believes he’s watching out for his buds, it’s just so silly to think that drivers with monumentally more experience would consider taking advice from the ousted rich kid who only drove for one season and crashed out at most races. Then again, this is unsurprising of someone who carries themselves as a sort of modern-day Romanov.

“Nice to be here [Abu Dhabi] as a guest and see old friends. Got me thinking about some words of wisdom I can share with Seb [Vettel], Daniel [Ricciardo], Nicky [Latifi], and Mick [Schumacher] as they get ready to move on. So, here’s what awaits you in the 5 stages of departing the stable:

If you’re a college professor and were looking for the perfect piece of real-world content for your “Oligarch 101” or “Understanding the Juniors of the Russian Oligarchy,” course, there you have it. You’re welcome.

Despite his egotistical tirade, Mazepin’s got a point about dealing with the frustration of getting ousted from the sport. It can’t be fun and it’s definitely not enjoyable to suddenly find yourself not able to do the activity you’ve dedicated most of your short life to. Regardless, I don’t believe anyone’s feeling bad for Mazepin, especially given his father’s ties to the Russian government and its invasion of Ukraine that continues to claim so many lives every single day.

But, you know, why deal with the gruesome reality when you can just drink, party on a yacht, sleep it off, gain five kilos, and repeat it all over again?

The post Ousted F1 Driver Nikita Mazepin on Retirement: ‘Drink, Party on Yacht, Sleep It Off, Repeat’ appeared first on The Drive.