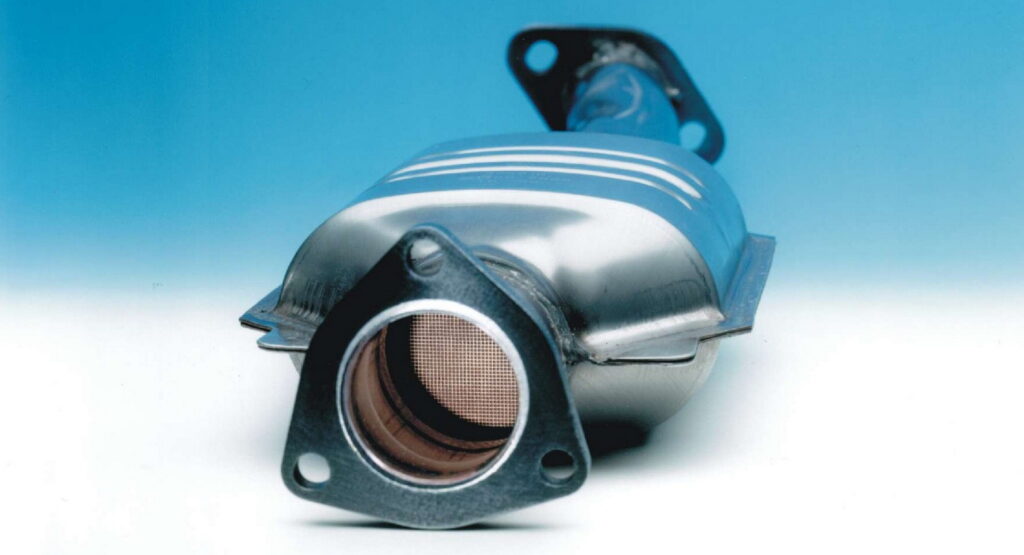 Police in Houston arrested six people last week in connection with a catalytic converter theft ring that operated in much of the state.

Authorities seized 477 catalytic converters as part of raids that spanned several locations in late July, reports KHOU News. More than 400, though, were found at just one residence in Dayton, Texas, which is believed to have been the main drop-off point where the people who stole the parts could drop them off and receive payment.

In addition to the catalytic converters, police say they also found 2,800 oxygen sensors, 29 firearms, one Glock switch, and a stolen Dodge Challenger Hellcat. The investigation was reportedly kicked off following the death of Deputy Darren Almendarez, who was shot while attempting to stop thieves in the process of taking his catalytic converter.

According to court documents, the suspects used social media to advertise lists of vehicle models whose catalytic converters they were interested in buying. Investigators said they watched as people showed up to the home and dropped anywhere from two to 10 of the parts at a time.

“It’s very costly if you get your catalytic converter stolen,” Thomas said. “The main target is the Toyota Tundra. You are looking at $1,800 to $3,000 to get them replaced.”

An important part of a vehicle’s emissions regulation system, the catalytic converter is filled with expensive metals like platinum, rhodium, and palladium, which catalyze exhaust gasses, preventing certain pollutants from exiting the tailpipe.

Thefts of catalytic converters have skyrocketed through the pandemic led, in part, by the high prices of the materials that make them up. Thieves reportedly prefer to steal from tall vehicles, like SUVs and pickups, because their ground clearance makes it easier to steal the exhaust system part.

Car and Driver reports that more than 6,000 catalytic converter were stolen in the first half of 2022 in Houston alone. The people involved in this theft ring, meanwhile, are accused of trading in converters stolen from as far afield as Galveston, College Station, Conroe, and Huntsville, Texas.

Investigators estimate that they seized more than $1 million worth of catalytic converters, though they believe that the group is responsible for as much as $12 million in damages.