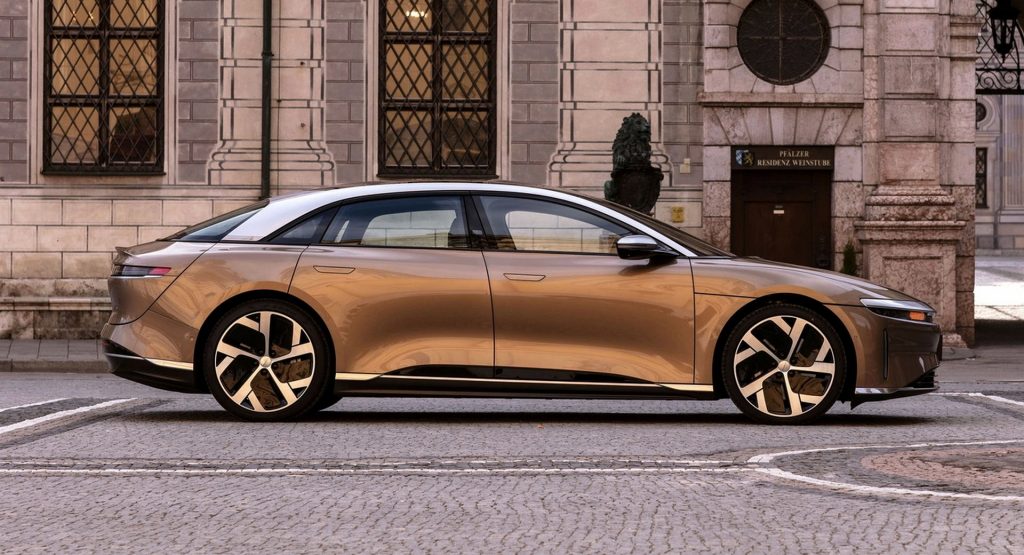 Lucid published its latest software update, version 1.2.6, last Friday but for one Air owner, things have gone very wrong. After initiating the update they found a warning message hours later that the vehicle was undrivable. After some seven hours of troubleshooting with Lucid customer care, no solution has been found as of this writing.

As reported by Lucidinsider, the customer at the heart of this story, Alex, shared his experience on the Lucidowners forum at 2:31 am after what sounds like a very frustrating day. He says in the post that he left the vehicle to complete its update and only realized there was a problem after it was dark enough outside that he could see the warning message shown below.

The screen in the vehicle shows “Software Update Failed Vehicle May Not Be Drivable” in big bright red letters with an alert triangle. At this point, the only way he could gain access to the cabin was to climb through the trunk so that’s what he did. Then he called the customer care assistance line before ultimately contacting the OTA team. 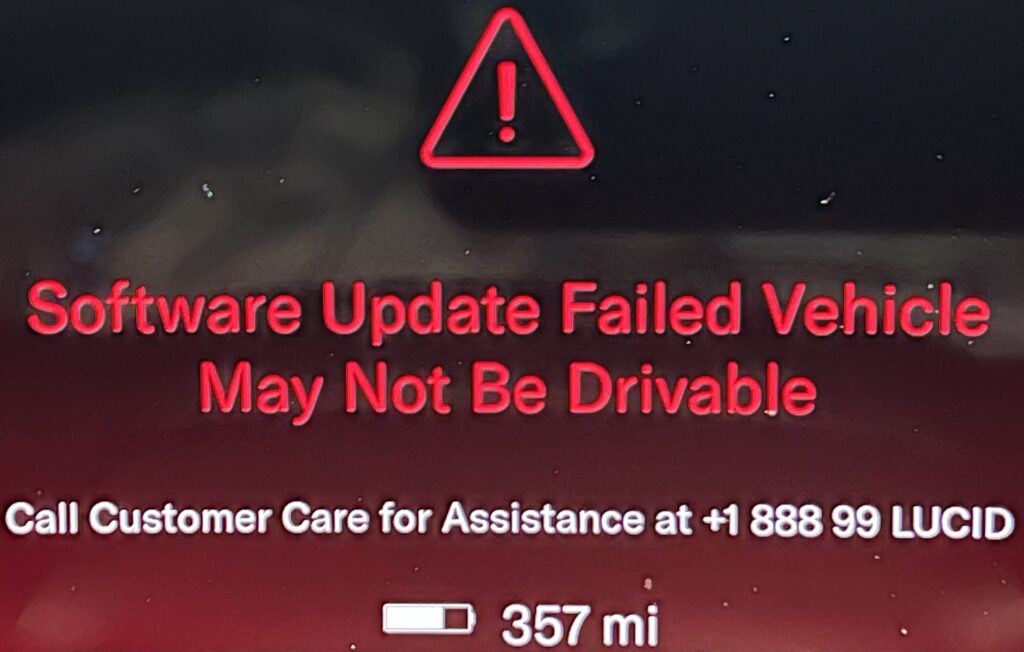 A short time later the customer care team reached back out to say that another update had been published for his vehicle and to initiate that one in hopes of a fix. Over the course of an hour, Alex says that the update went from 0-24 percent complete before reverting to the same warning screen.

Reportedly, the electric sedan could be put into drive and reverse though Alex didn’t take it on a test drive to find out if it would really work or not. He says that he’s now waiting on more information from customer care and hoping that they come up with a solution. Other commenters in the forum point out an important lesson, “Do not allow an update while on a trip or if you need the car for something critical the next day”. That’s not something we’ve had to really consider very much since old-school vehicles never had updates that could render them unusable. Another member of the forum rightly mentions how important batches of updates are because they allow automakers to correct problems before they spread too quickly.

We’ll keep an eye on this subject and the specific vehicle in question for updates (pun not intended). Does this sort of thing concern you about buying an EV? Let us know in the comments below. 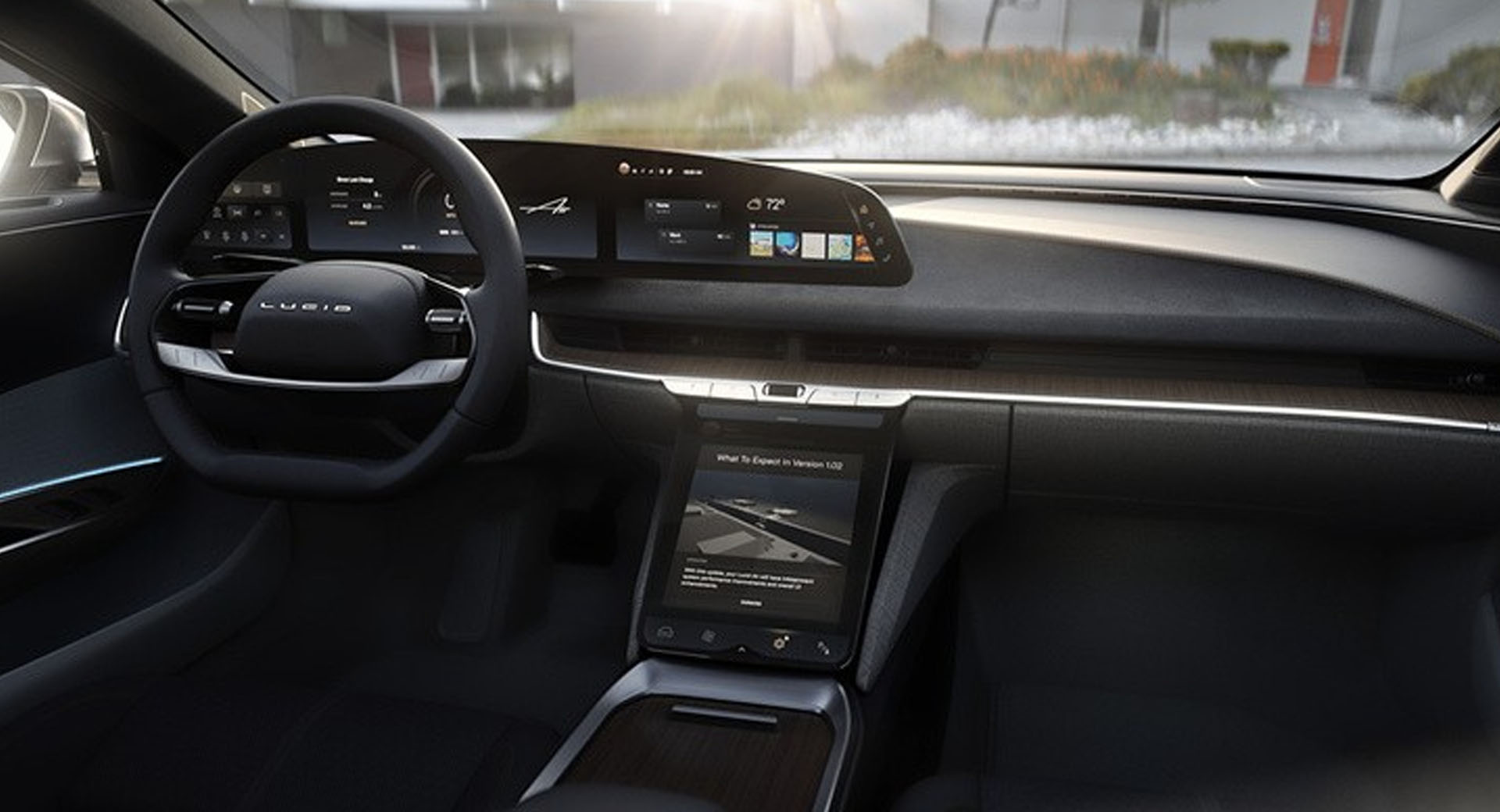