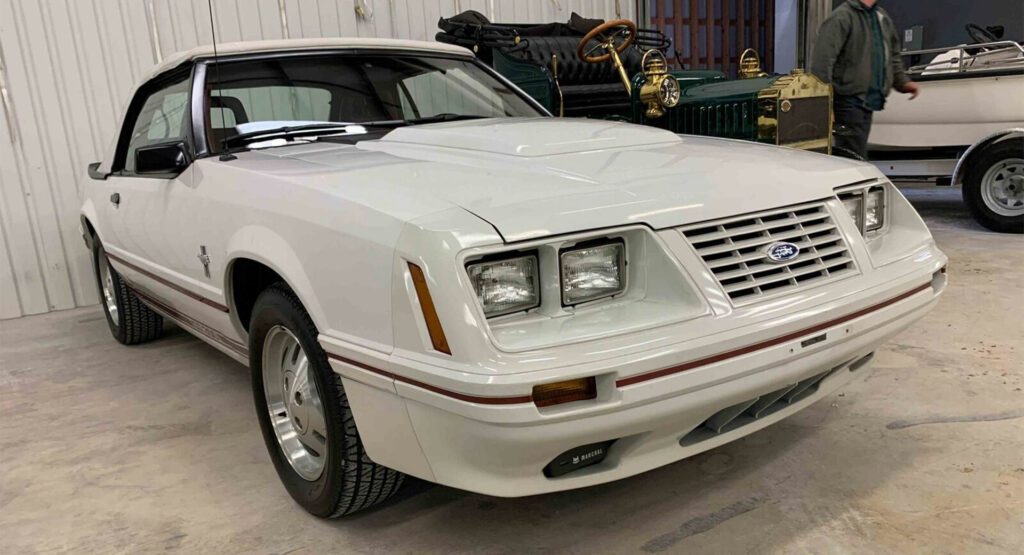 You’d be hard-pressed to find a Fox-body Ford Mustang that has been as well maintained and driven as little as this 1984 example and as such, it’s not what we’d call cheap.

The Fox-body Mustang is one of the most recognizable generations of the iconic pony car and this example has a number of things going for it.

Watch Also: The Fox Body Mustang Remains One Of The Best Platforms For A Project Car

For starters, it is thought to be one of just 104 Convertible models equipped with the 2.3-liter turbocharged four-cylinder. Then there’s the fact that the car has been driven less than 4,000 miles (6,437 km) since new. It also happens to be a GT350 variant that was sold exclusively in Oxford White and built as a tribute to the original Shelby GT350. Contrasting the Oxford White paint are dark red accents. 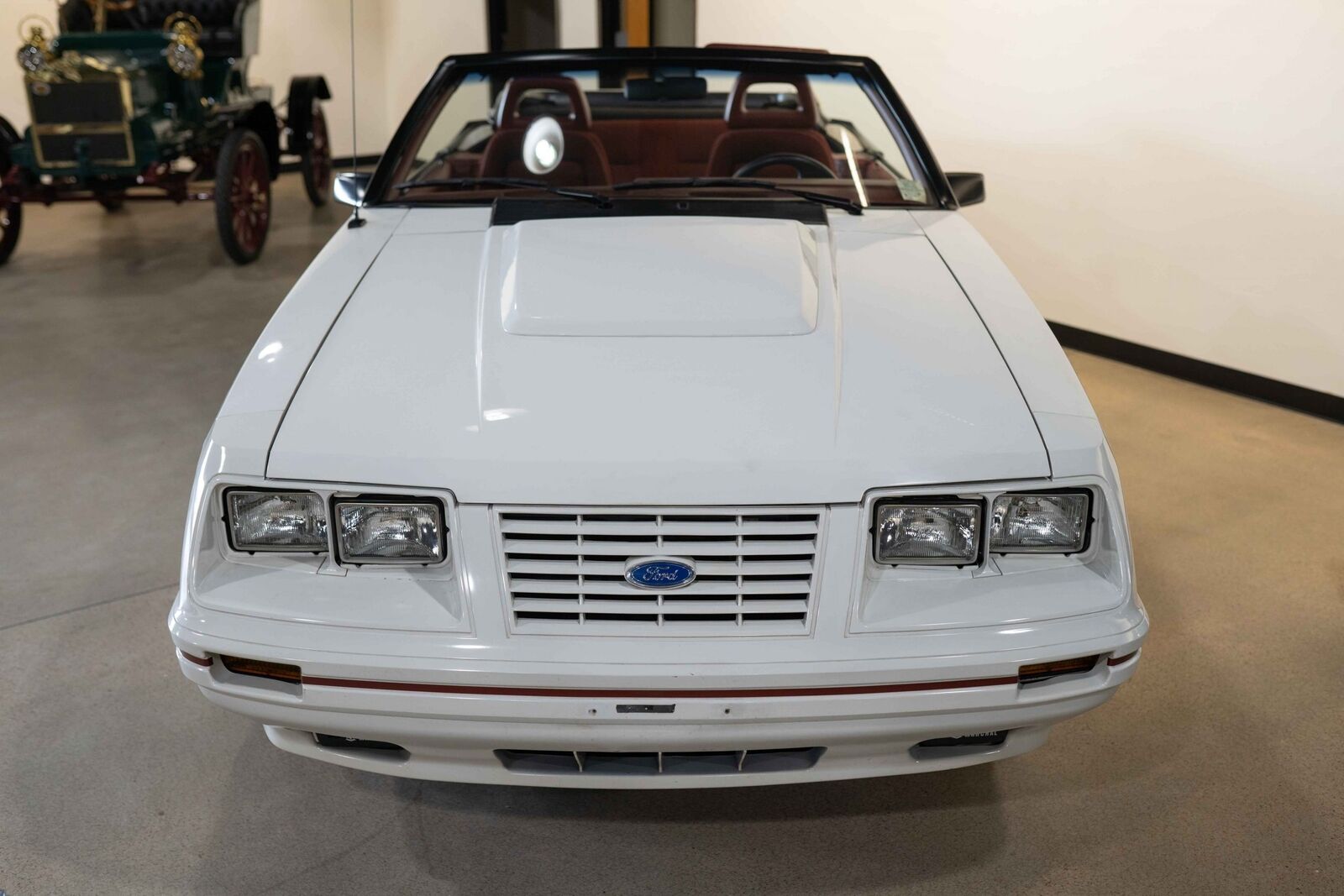 The eBay listing for this car notes that it is equipped with eye-catching three-spoke wheels and has the so-called TRX suspension package.

The interior is trimmed in red upholstery to match the exterior accents and while by modern-day standards the 2.3-liter turbocharged four-cylinder isn’t particularly powerful, it is coupled to a five-speed manual transmission driving the rear wheels, meaning the car should still be lots of fun to drive.

It is understood that just over 5,200 Fox-body Mustang GT350 models were built, although just 350 of them had a 2.3-liter engine. That alone makes it quite the rare beast and the low mileage of this one obviously adds to its desirability. However, would you be willing to pay $25,900 for it?