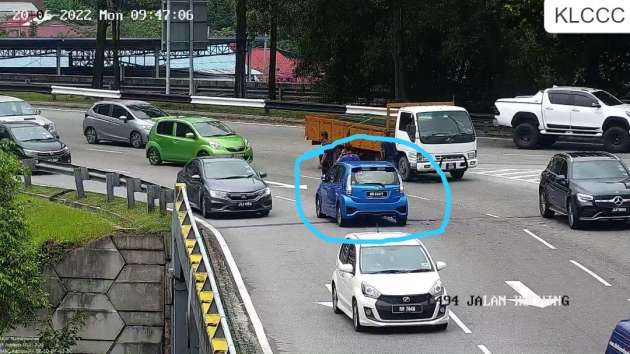 Yet another case of a motorist driving against the flow of traffic has come about, this time involving a Perodua Myvi on Jalan Kuching, the incident taking place less than an hour ago. The event was reported via Twitter by the Kuala Lumpur City Hall (DBKL) KL Command & Control Centre (KLCCC).

In an image accompanying the tweet, the Myvi can be seen inside the Batu Caves roundabout, facing the wrong direction of traffic, with the halted vehicle blocking the middle lane and impeding traffic. According to the KLCCC, traffic police was on location to secure the vehicle. 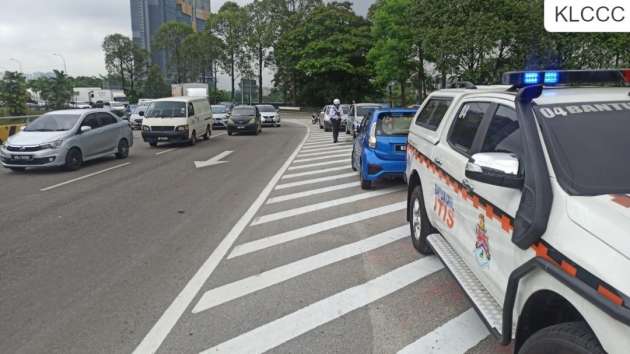 In a follow-up tweet, made about 15 minutes later, the KLCCC said that a DBKL Renjer mobile squad, which had been dispatched to the location, had managed to remove the obstacle, towing the Myvi to the side of the road. No accidents or injuries to other road users were reported from the incident.

Incidents of motorists driving against the flow of traffic aren’t new, and they seem to be happening a lot more in recent times. While no one was injured this time, it isn’t always so in some cases, and there have been enough fatalities. Please be alert and and stay safe on the roads.