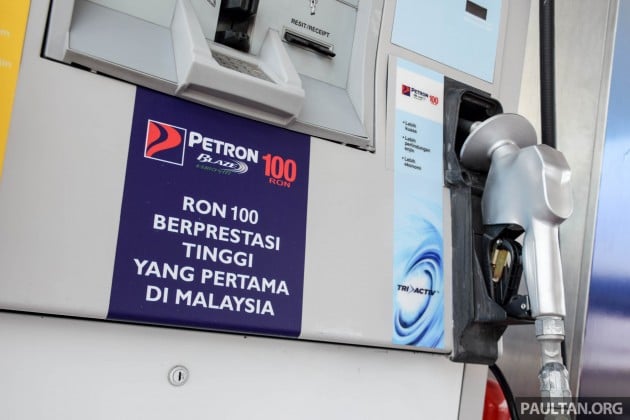 The retail price of petrol in Malaysia hit an all-time high this week, with the announcement of a 37 sen increase to RON 97 petrol bringing it to RM4.70 per litre for the May 26 to June 1 period. This of course has no impact on most motorists, given that the majority use subsidised RON 95 (which, at RM2.05 per litre is nearly 130% cheaper at the current rate), but there are some applications that require use of the higher octane rating fuel, and their users are undoubtedly feeling the pinch.

One wonders how many have now abandoned using the fuel, given the significant climb in recent weeks. It wasn’t that long ago that the fuel was still “manageable” – at the start of the year, it went for RM3.00 a litre, which I’d like to believe its users still found workable enough to fill up with. Crossing the RM4 threshold, which it did on the May 12-18 week, when it touched RM4.31 might have seen all but the most persistent (and well-to-do) continue with the fuel.

If things are looking bad for RON 97, it has become outright dire for the special unregulated Euro 4M fuels, of which two are sold here in the country – Petron’s Blaze 100 and Shell’s V-Power Racing. As part of our weekly fuel update posts, we follow and list the price of both in our fuel price tracker on the site. Both have always had a marked price premium over RON 97, and this is adjusted relative to the increase or drop in the price of RON 97. 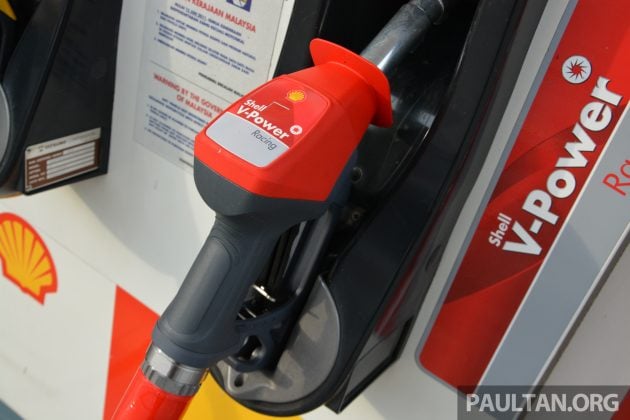 Because they are unregulated, the price format isn’t fixed (or always adjusted weekly), but the gap has become much wider than before over the course of the past few months. Presently, at RM5.60 per litre for Blaze 100 and, wait for it, RM6.20 per litre for VPR (for the May 26-June 1 week), the question must surely be, is any general member of the public filling up their rides with these fuels anymore?

It’s surely a big ask, because at the start of March, Blaze 100 was at RM4.10, and VPR at RM4.27 when RON 97 was at RM3.45 per litre. In the two months plus since then, Petron’s premium fuel has gone up by 36.5%, while Shell’s offering has increased by 45%. International oil prices may be down from the heady US$140 a barrel it touched in March, but its current going at above US$110 a barrel means that the way things are at, it doesn’t look rosy for these two fuels, or RON 97.

Even someone who doesn’t go to the pump every week (or month, for that matter) can wave the white flag. As a long-time Blaze 100 user, I rolled up to the pump last week to tank up and, looking at the reminder of Blaze 100’s price in the small window, proceeded to tank up with RON 97 instead. Even that took more than a single swipe of the card, because the set limit per transaction is RM200.

Before anyone starts commenting on the lushness of my wallet (and I can visualise colleague Danny Tan muttering something about rich people), some context is needed. It takes me about two months to use up a tank and cover just over 500 km, and that’s when I actually drive the car beyond the ordinary. The last fill prior to that made last week was close to six months ago, so a tank of Blaze 100 isn’t usually a stretch, not when you measure the duration for its use.

Note the mention of ‘usually’, because that previous fill was made at RM3.08 per litre, and the idea of paying RM5.50 for the same thing was a psychological barrier I couldn’t get past. I can’t imagine what it’s like for VPR folk right now. And to think there was a time not too long ago, just two years ago in fact, when Blaze 100 was under the RM2.50 mark, and RON 97 was at RM1.55. Indeed, when it was launched in January 2016, Blaze 100 was sold at RM2.80, so this is where we’re at right now.

If any reader is still using these special unregulated fuels, or even RON 97, despite what is fast becoming insane pricing, we’d like to hear why. Frankly, I’m not positive that anyone will even respond, but hey, share your thoughts with us if you do. And no, we’re not going to talk about subsidies here – that’s a topic for another day.