Polestar 2 Gets a Permanent Performance OTA Upgrade With a One-Time $1,200 Fee 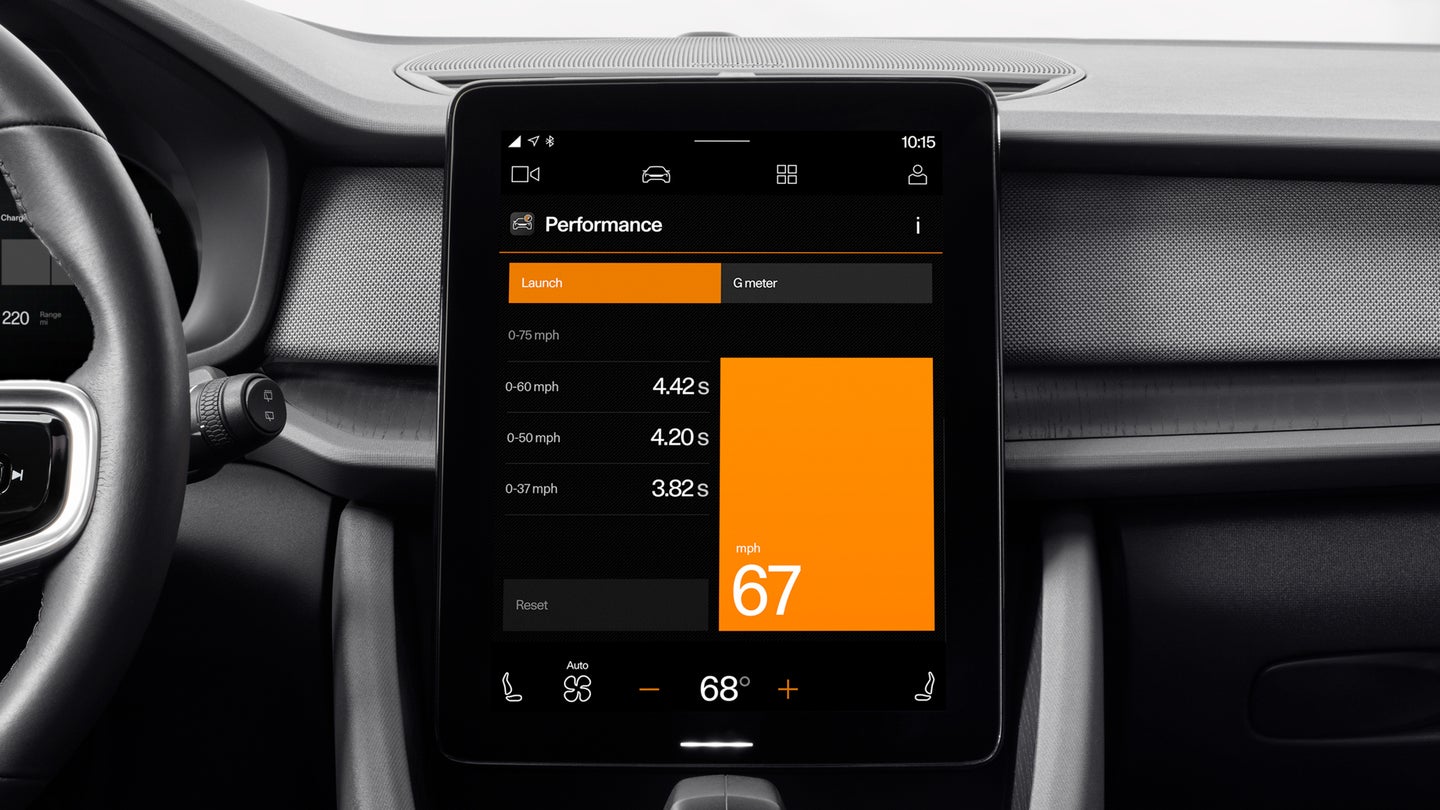 Polestar’s over-the-air performance upgrades are a little different than others you may have heard of. For the Polestar 2 Dual Motor Long Range, North American customers can now choose to pay a one-time fee of $1,195 for a permanent power boost of 68 horsepower and 15 pound-feet of torque. No paying monthly or yearly. It’s just like getting your car tuned, except you never have to leave your driveway.

After the upgrade, the Polestar 2 makes 476 horsepower and 502 pound-feet of torque. According to Polestar, that power bump shaves three-tenths off of its 0-60 mph time, dropping it to 4.2 seconds. However, Polestar claims that the power increase is mostly felt in the mid-range, between 44-80 mph. According to the automaker, it’ll accelerate from 50-75 mph in 2.2 seconds, which is a half-second quicker than the standard car.

To get this upgrade, head to Polestar’s store site and order it. Then, you use the car’s infotainment screen to download the update, and once it’s done downloading, you’ve got yourself nearly 70 more horsepower. Tuning doesn’t get more convenient than that.

This isn’t entirely new, as Polestar has offered this upgrade to European customers since 2021, but it is new to North America. Polestar is also far from the only brand to offer OTA performance upgrades for its EVs. Tesla was the first to do it, and Mercedes made headlines recently with its yearly subscription for power bumps across its EQ lineup.

Is $1,195 a bit steep for less than a 70-horsepower bump, especially when it’s just software? In the world of internal combustion and aftermarket tunes, yes. However, the convenience of being able to literally download the update in your driveway directly from the manufacturer and not have to worry about voiding warranties or reliability does sweeten the deal considerably. I’m not sure I would personally pay that much money for that amount of extra performance, especially since the standard Polestar 2 already feels quick, but it’s cool to see Polestar offering permanent power upgrades without monthly subscriptions.

The post Polestar 2 Gets a Permanent Performance OTA Upgrade With a One-Time $1,200 Fee appeared first on The Drive.