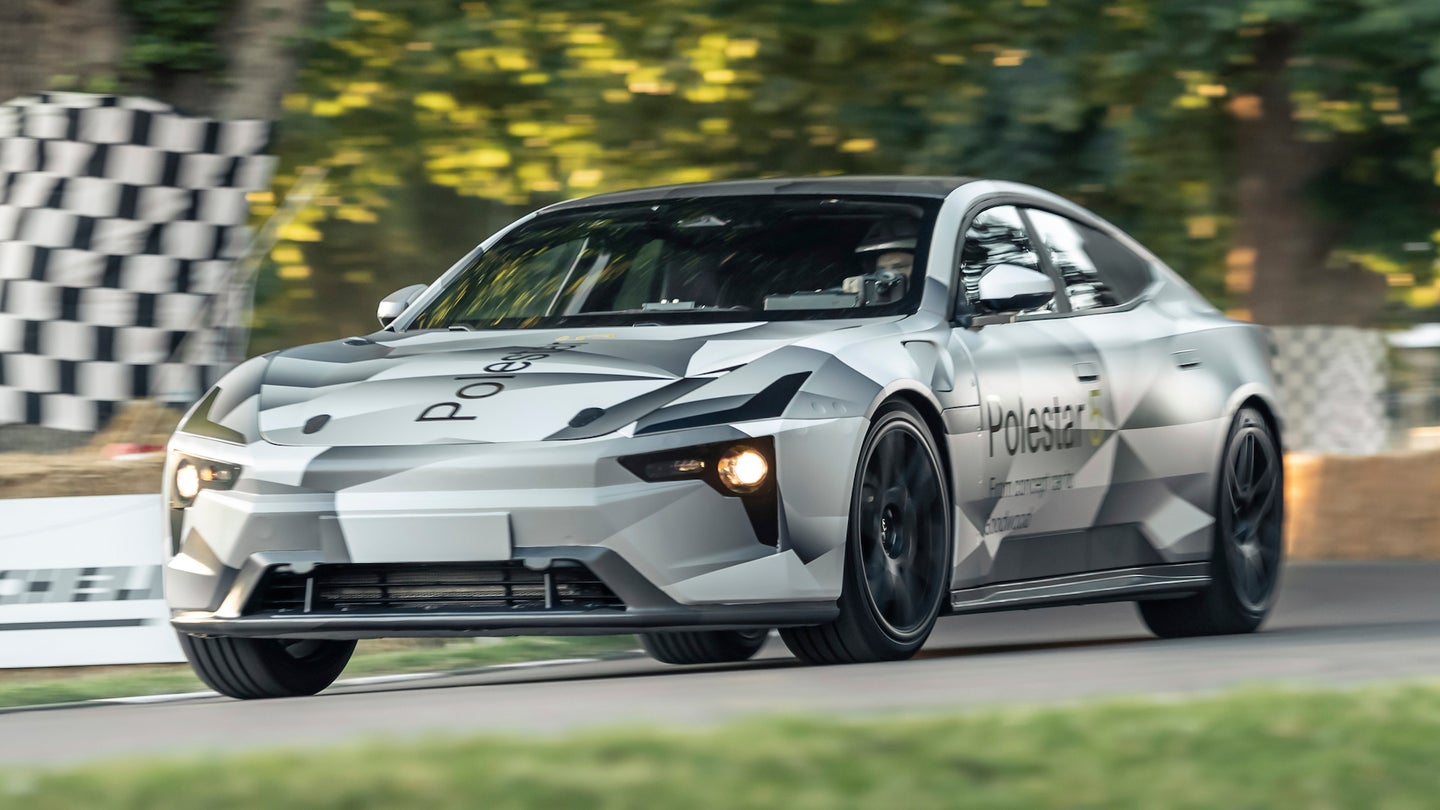 The upcoming Polestar 5 is making the climb at this weekend’s Goodwood Festival of Speed, and while it’s there, the EV maker has revealed more details about its future four-door grand tourer. It will apparently “target” 884 horsepower and 663 pound-feet of torque from its new dual-motor, all-wheel-drive powertrain and reportedly uses an 800-volt architecture. The Polestar 5 should arrive in 2024.

Polestar’s statement describes the rear motor as “superior,” and the front motor is only “high-output,” which sounds like this car will be rear-biased. Not surprising in the slightest when you learn that, in addition to the new powertrain, the Polestar 5 will ride on a new bonded aluminum platform that should boast sports car-level lightness and rigidity. “The platform combines low-volume performance car attributes with modern technological advances to bring light-weight, high-rigidity sports car chassis technology into mass production,” said Polestar UK R&D head Pete Allen.

Aesthetically, it will be based on the Precept concept and, as we can already sort of tell, look pretty stunning. Luxury EV styling tropes such as a long, liftback-style rear end and flush door handles appear on the Polestar 5 prototype, although I doubt the two hood pins at the front will make it to the showroom.

High curb appeal and big power is basically required for the Polestar 5, considering it’ll compete against Tesla Model S and Porsche Taycan. In its current, top Plaid trim, the Model S produces 1,020 HP, while the Taycan Turbo S is good for 750 horses with launch control. The Polestar 5’s projected 884 HP, which puts it in the right ballpark.

A lightly camouflaged Polestar 5 development prototype will appear at Goodwood this week where it will run up the hill twice every day of the event as part of the “First Glance” group.

Got a tip or question for the author about the new Polestar 5? You can reach him here: [email protected]

The post Polestar 5 Is ‘Targeting’ 884 HP and Sports Car Rigidity appeared first on The Drive.