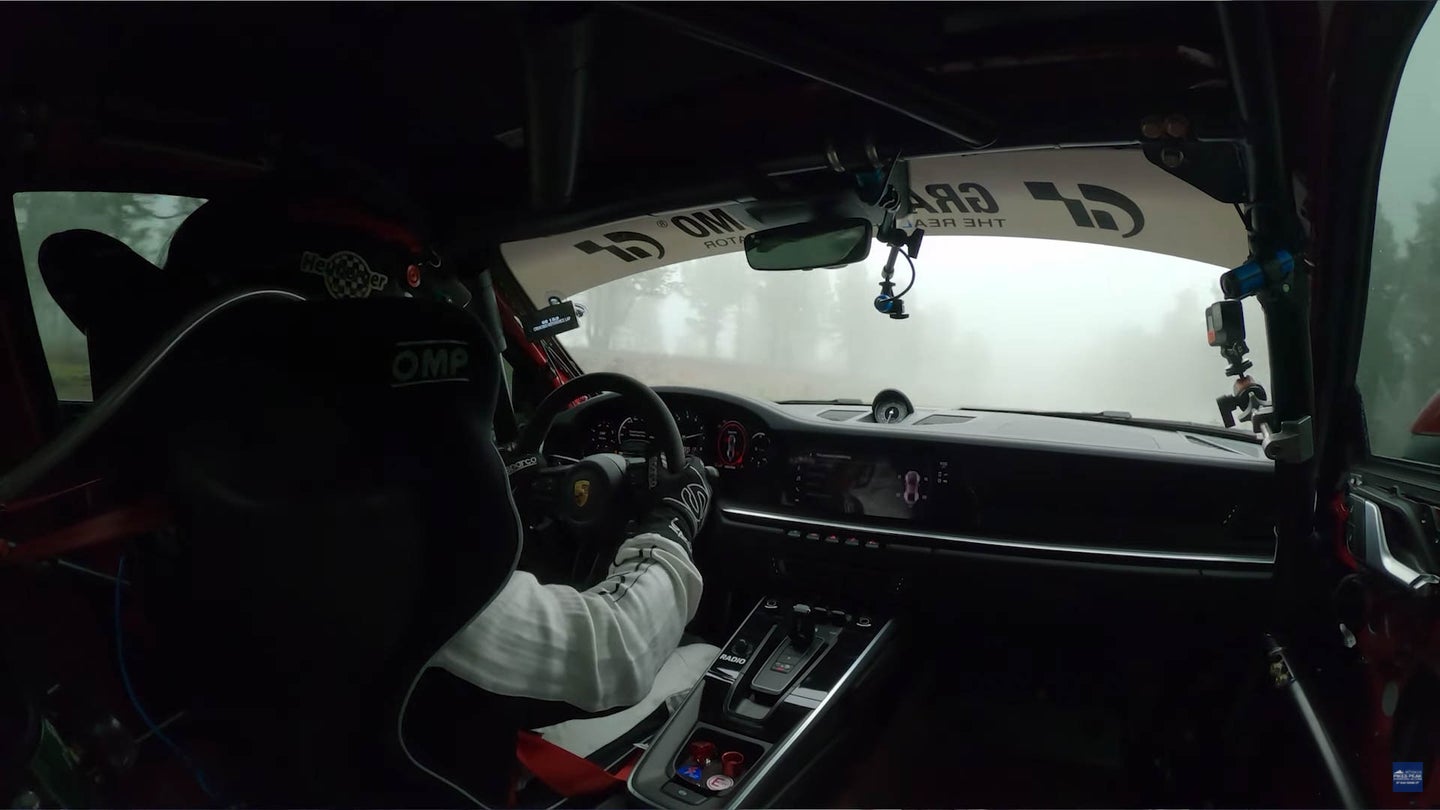 When it comes to the Pikes Peak International Hill Climb, it isn’t driver-versus-driver. It’s driver-versus-mountain. Unfortunately, sometimes, the mountain wins. Leading up to this year’s 2022 Pikes Peak Hill Climb, one of the bigger stories was of David Donner, and his Porsche 911 Turbo S Lightweight, trying to break the production car record. And while he got damn close, intense fog and slippery tarmac stole enough time from his run to keep him about sixteen seconds away from breaking the record.

Donner’s Porsche 911 Turbo S Lightweight is among the fastest production cars in the world, with a 3.7-liter twin-turbocharged flat-six engine making 640 horsepower and 590 pound-feet of torque. Those numbers might seem pedestrian compared to some electric and exotic cars making four-figure horsepower. However, with a rapid-fire eight-speed dual-clutch transmission, all-wheel drive, the Lightweight package, and a little bit of Porsche’s magic, it becomes hypercar-fast. Admittedly, Donner’s car isn’t exactly stock, as it’s equipped with a roll cage for safety, has a stripped out interior, lacks a passenger seat, and has a racing seat with harnesses. However, the actual powertrain, drivetrain, suspension, and brakes are all stock.

Things were looking good for Donner earlier in the week, as he actually broke the qualifying record for production cars. So it seemed that both he and the car were capable of breaking the previous production car record, set by Rhys Millen in a Bentley Continental GT in 2019. However, there’s always that third variable: the mountain. Today, the mountain weather was unforgiving, with thick, dense fog, limiting Donner’s visibility to just a few yards in front of his car, and a slippery dew covering the pavement. Not only could he barely see the apexes of corners until he was at them, but the 911’s tires were struggling for traction, even with all-wheel drive.

In this on-board video, you can see the 911 struggle for grip in several corners, as Donner pushed the car as hard as he could given the conditions. In the end, though, he ran a 10:34.053, short of Millen’s 10:18.488 second run in 2019. However, the silver lining is that Donner and the 911 Turbo S Lightweight dominated every other production car of the day. Not only that, Donner was faster than all other drivers except for one, Robin Shute in an open-wheel Wolf TSC-FS race car. That’s not only a testament to Donner’s driving but also to just how fast and capable the 911 Turbo S Lightweight is.

Leading up to the race, it honestly seemed like Donner had the record in the bag. Not only did he break the qualifying record but the car just seemed so fast. But, as Pikes Peaks veterans will say, sometimes the mountain wins.