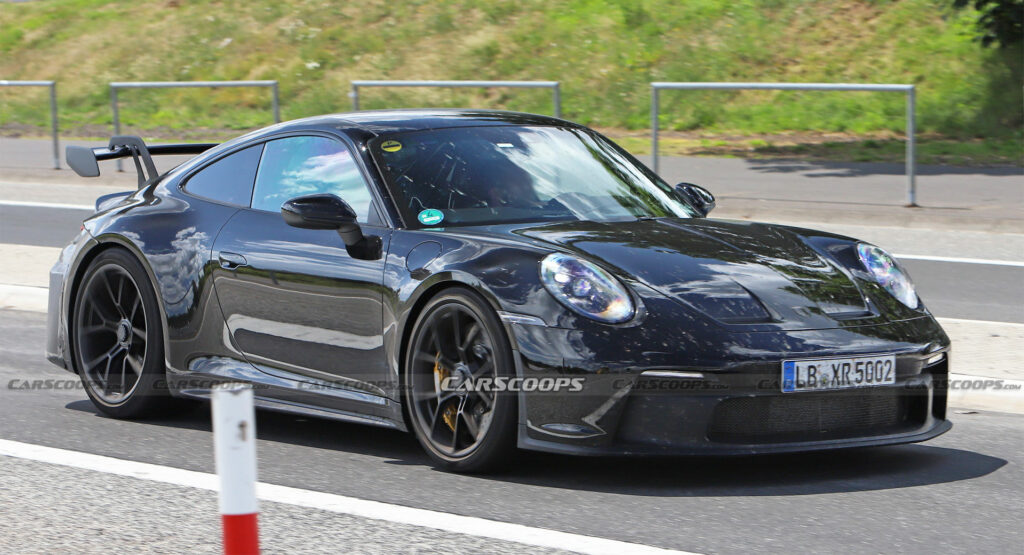 The 992-generation Porsche 911 GT3 certainly isn’t in need of a refresh but that hasn’t stopped Porsche from starting development of just that; a facelifted GT3.

Our eagle-eyed spy photographers recently snapped a 911 GT3 test car in Germany and curiously, Porsche opted against applying traditional black and white camouflage to its exterior as we’d expect. Instead, it appears that the front fascia of this tester is identical to the current production model, indicating that Porsche is not yet ready to start testing the tweaked front bumper and headlights that the car will likely receive.

There are some visible changes to the rear, however. For example, we can see that the bumper will sport new air-outlets in the corners and that the license plate will sit in a deeper recess than the current model. It appears as though some alterations have also been made to the diffuser, likely aimed at improving efficiency while also making the sports car look more aggressive than ever before. 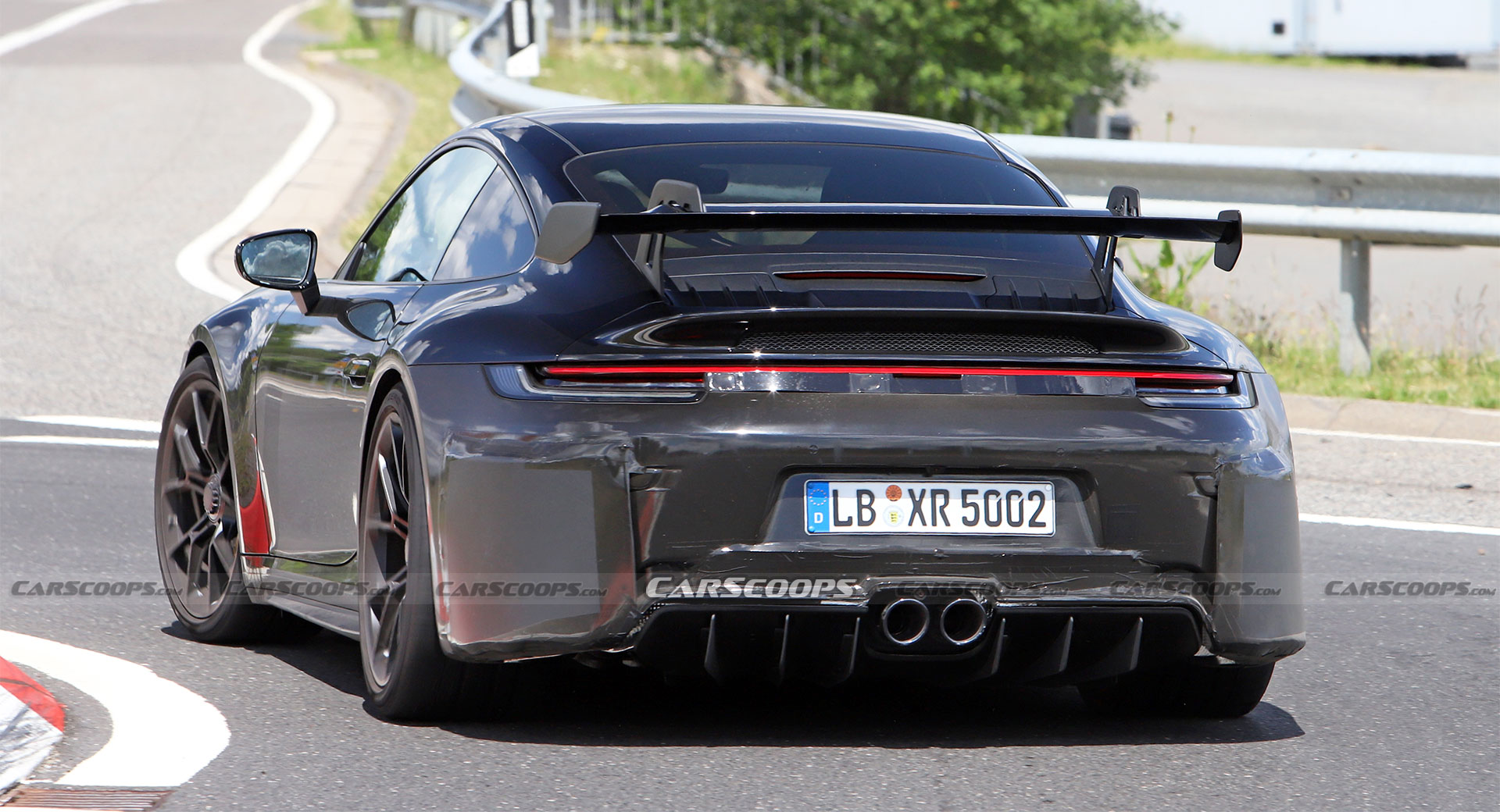 The interior of the updated 911 GT3 has not yet been snapped but it is understood that the broader facelifted 992 range will switch to an all-digital instrument cluster, meaning the GT3 should too. Other than that, few other alterations are expected, although there could be some minor changes to the trim options that are available to customers.

Porsche probably won’t make changes to the screaming, 4.0-liter naturally-aspirated six-cylinder of the current model. As such, it will likely continue to pump out 502 hp and 346 lb-ft (469 Nm) of torque and continue to propel the sports car to 60 mph (96 km/h) in roughly 3.2 seconds with the available PDK transmission. A six-speed manual will continue to be offered for the real driving enthusiasts out there.