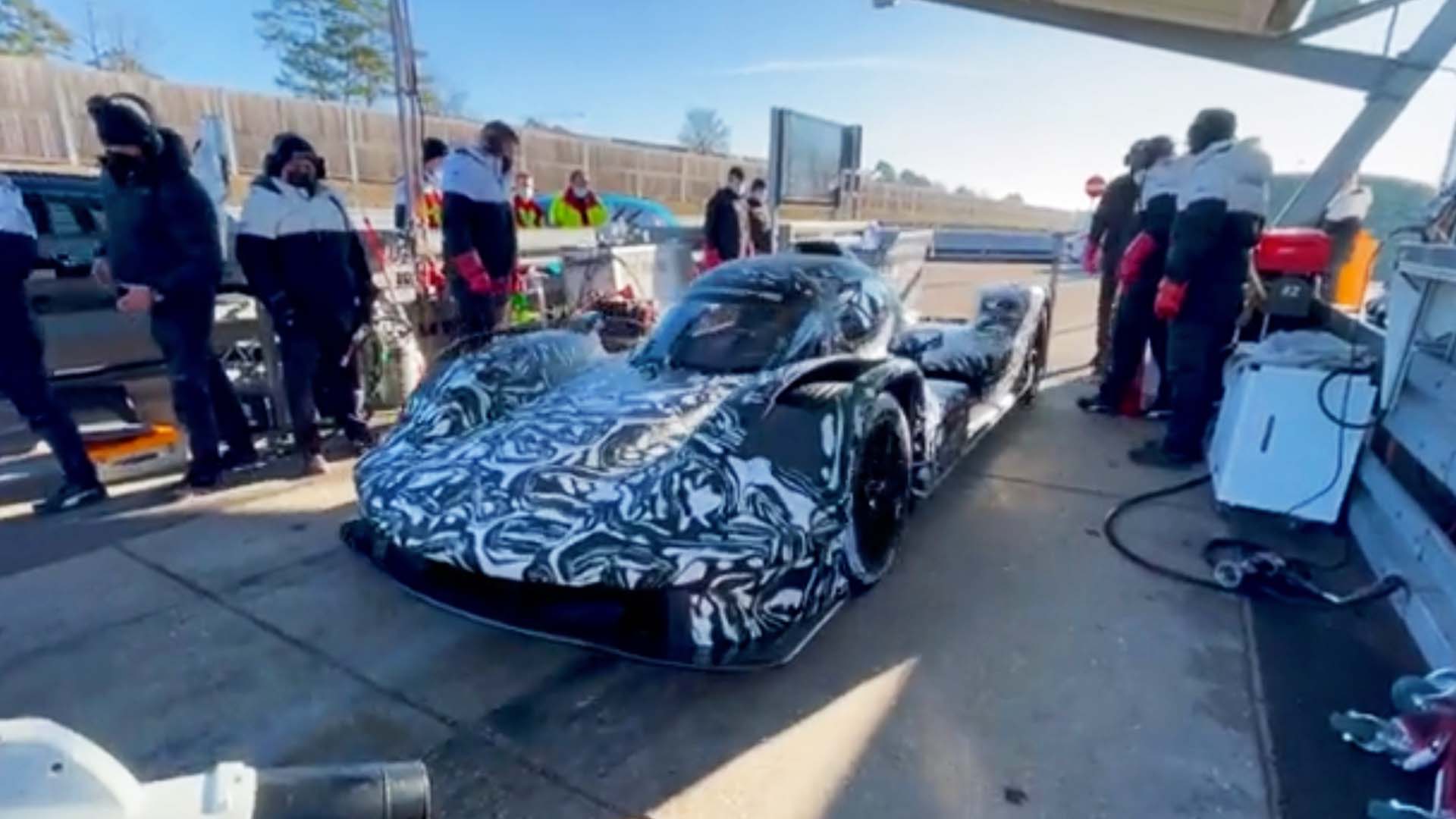 Porsche announced back in 2020 that it would be returning to prototype racing, having departed LMP1 at the end of the 2017 World Endurance Championship season. Not only would the brand be going back to Le Mans, but because of the new rule-sharing across the endurance categories, it’d be back in IMSA as well—a statement backed up by picking Penske as its partner to run the LMDh program. Fast forward to today, and we’re finally seeing those cars hit the track for the first time publicly.

LMDh is a factory effort, with three Volkswagen Group brands now involved in the category. Audi will join alongside Porsche in 2023, with a lot of “synergies” between the two prototypes. Lamborghini is set to arrive in 2024, with presumably quite a lot of shared technology as well. In fact, the cars will have plenty of tech in common with BMW or Acura’s entries, since LMDh is partially a spec series. Manufacturers can only supply the engine, with the chassis from a shortlist of nominated suppliers and the 50-horsepower electrical boost of the hybrid system entirely made of common parts, along with the gearbox.

So although LMDh has attracted a bunch of manufacturers, in technology terms this isn’t the next 919 Hybrid and will ultimately be limited to 500kW (670.5 horsepower). Then again, it is still a Porsche race car so it’s not exactly going to sit quietly.

Instead, the LMDh has been out at Porsche’s development track at Weissach, with seasoned endurance racer Fred Makowiecki at the wheel. So far the only video we have is a short clip showing Makowiecki leaving the pits where you get to hear the engine rev and the distinct whine of the MGU from the hybrid system getting it going at low speed, then a quick blast past on track and a return to the pits.

Porsche is promising more to come soon and with what looks like a full garage crew out, you can guarantee they were doing a lot more than taking the LMDh for a shakedown. The Penske operational partnership is also already underway, so this is full-blown track practice—not Porsche doing early testing. Here’s to hoping for onboard footage.