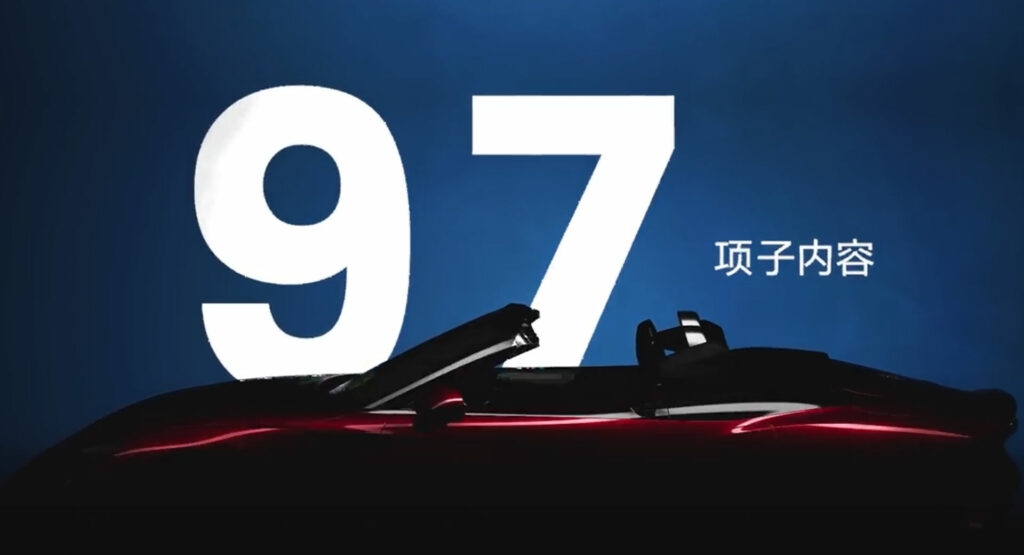 A new video has surfaced online of the production-ready MG Cyberster, roughly five weeks after patent images of the car were leaked.

The electric roadster takes design inspiration from the MG Cyberster that was unveiled at the 2021 Shanghai Auto Show. A video published by Autoweek provides us with a glimpse of what to expect from the road-going model. Some screenshots from this video can be seen below.

The overall shape of the car will be similar to the concept, albeit toned down. We can see that the front end will sport a set of aggressive headlights and a pronounced bumper and front grille with a particularly intriguing shape. The video also reveals that it will have traditional wing mirrors unlike the concept and that it will have a folding soft top finished in black. This teaser also showcases how the roof mechanism will operate.

One of the most striking aspects of the concept that has carried through to the production model is the Lamborghini-inspired scissor doors. Elsewhere, the rocker panels will be slightly less defined than the concept.

The teaser video only provides us with a small glimpse of the interior. What we can see are a pair of sporty seats bathed in red and white materials, prominent roll hoops behind the headrests, and what appears to be a yoke-style steering wheel.

Other details about the vehicle remain uncertain but significant changes are expected from the concept. After all, the MG Cyberster concept was outfitted with no less than four electric motors, allowing it to hit 62 mph (100 km/h) in less than 3 seconds. The concept also had a claimed range of over 497 miles (800 km), a figure that we think is unlikely to be matched by the road-going model.

No launch date has been announced for the car but it will apparently be launched in 2024 to celebrate MG’s centenary. That means it will likely be showcased for the first time in 2023.