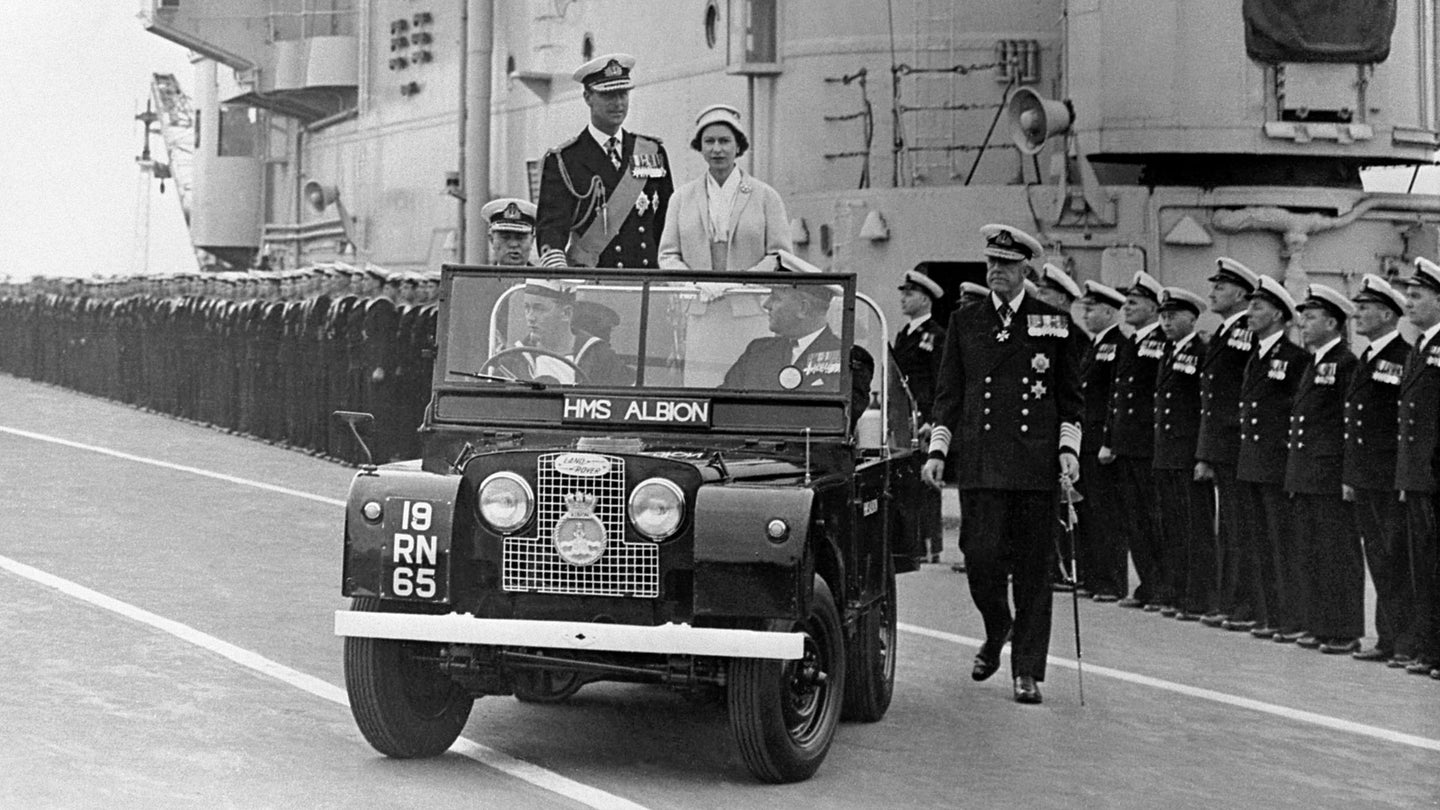 Unsurprisingly, the reigning monarch for most of the modern-car and modern-media era has been exceptionally visible in her vehicles. Queen Elizabeth II’s official state cars have been very good, very personalized, and predictably very British.

When she was crowned, the queen rode in the royal stagecoach, which is horsedrawn and has been used since the 18th century. From there, her tastes skewed decidedly more self-propelled, but not necessarily more modern.

That’s because the queen’s first preference always steered toward British off-roaders throughout and even before her reign. Perhaps the first was an Austin K2/Y, which she would have used during her World War II service in the English Auxiliary Territorial Service while she was still a princess.

From there, she could be found in or near Land Rover Defenders for decades. She was on hand for the automaker’s engine factory opening in 2014, but her record of driving the trucks predates that by nearly 50 years.

Reportedly, her favorite Land Rover was a 2002 Defender 110 TD5. When the current-gen Defender rolled out, Land Rover gifted a Defender 130 to the British Red Cross for her 75th anniversary as queen in her honor to commemorate her long-standing relationship with the boxy off-roaders.

The queen didn’t always limit herself to Land Rovers, either. Her fleet included several Bentleys, including Bentaygas and Arnage-based state limousines, including her golden jubilee steed from 2002.

Of course, the pre-eminent British auto manufacturer has had plenty of royal facetime. Rolls-Royce Phantom-based limousines carried the queen many times, including her silver jubilee, and are often associated with her royal appearances. In 2018, a royal Rolls-Royce limousine reportedly sold for more than $1 million.

There are more, including Rovers, Vauxhalls, and Aston Martins. Queen Elizabeth II was the one driver on the road in England who didn’t need a license by law, but she certainly had taste.