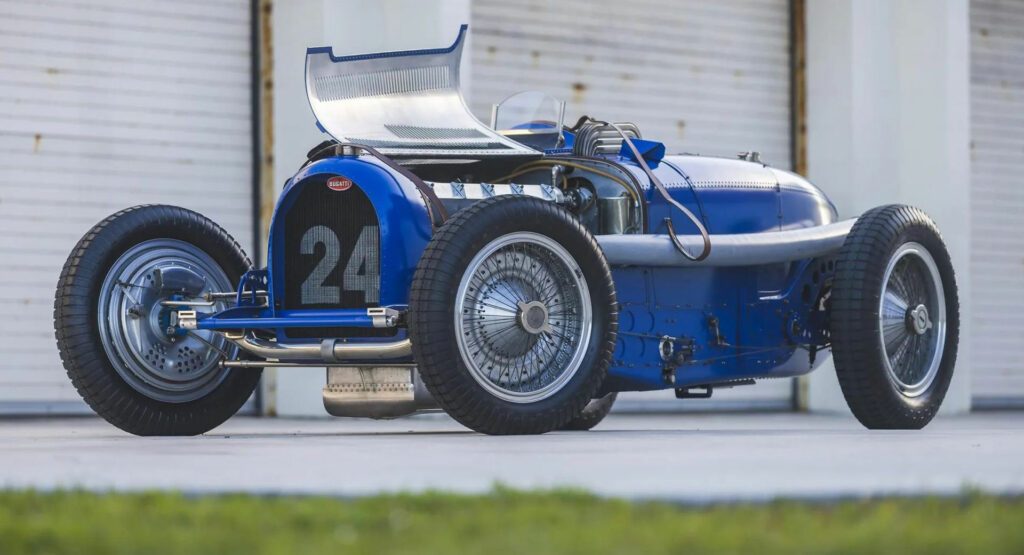 The world’s billionaires can keep their Bugatti Chirons and Divos and if you want a really piece of interesting Bugatti history, this 1935 Type 59/50S could be the perfect vehicle.

The story behind this Type 59/50S is very interesting. Bugatti originally introduced the Type 59 in 1933 and built just eight examples. This particular example, however, only came to life in the 1990s when restorer Ray Jones purchased the second Type 59 frame from Bugatti’s Molsheim factory. The car was then brought to life with bespoke coachwork and a design reminiscent of the Type 59 that Robert Benoist drove at the 1935 French Grand Prix.

Like Benoist’s racer, this Type 59/50S is bathed in blue and has hand-painted ‘24’ text. It sits on piano-wire wheels with vintage tires and rides on semi-elliptical front leaf springs, inverted quarter-elliptical rear leaf springs, and four-wheel De Ram shock absorbers. Braking is provided by finned drums at all four corners. 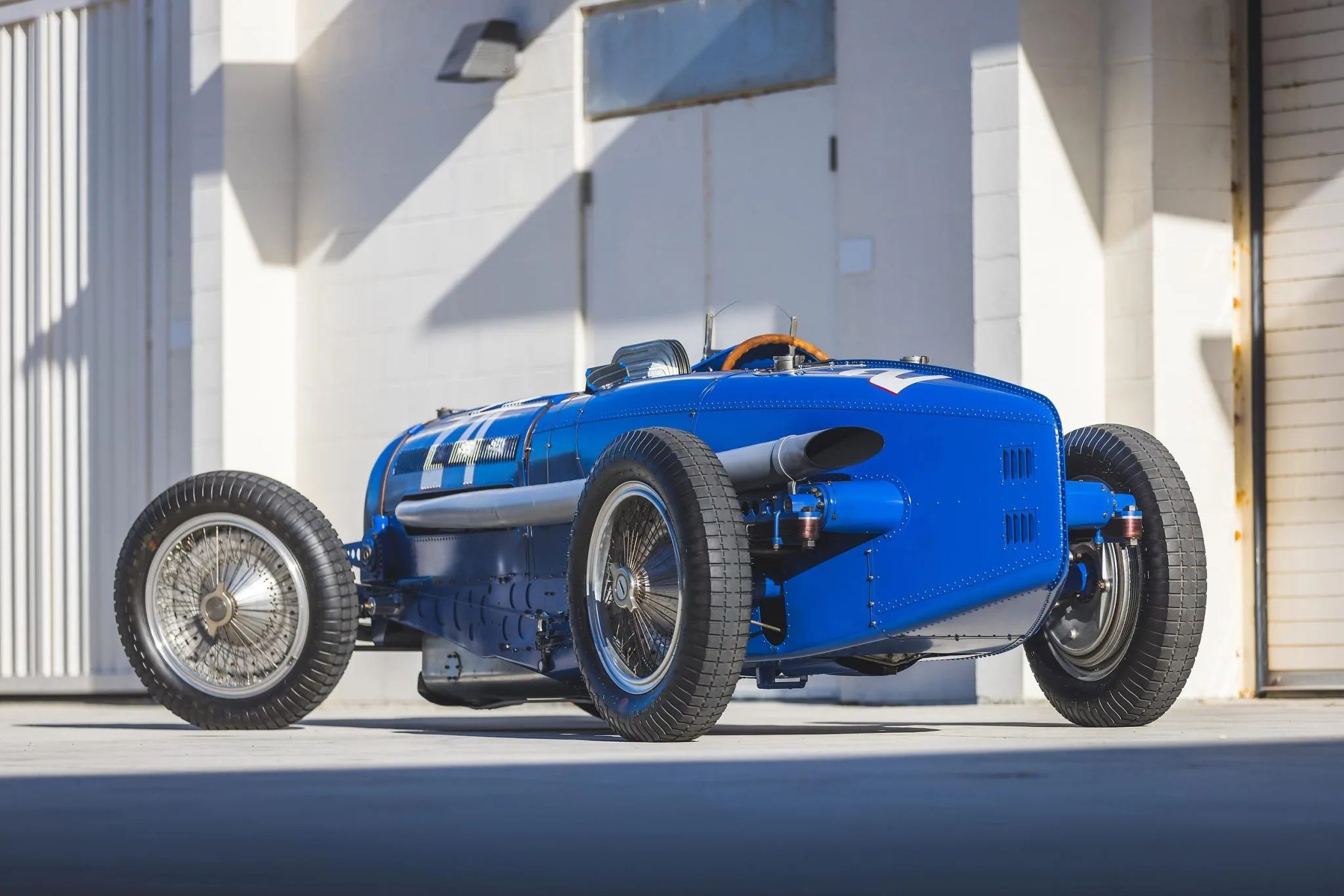 Then there is the engine. Eager to stick to the car’s heritage, Ray Jones managed to acquire the 4.97-liter supercharged inline-eight that once powered Benoist’s 1935 race car. This engine sports a lightweight aluminum sheet-metal crankcase, an enlarged supercharger, triple Zenith 48K updraft carburetors, and a divided cast-alloy intake manifold assembly. The inline-eight is mated to a four-speed manual transmission driving the rear wheels through a ZF limited-slip differential.

The interior is period correct. It has a single seat clad in black upholstery while the passenger side has an aluminum tonneau panel. Ray Jones also equipped the Bugatti with a small windshield, rearview mirror, and a wood-rimmed four-spoke steering wheel.

The Bring a Trailer auction doesn’t state how many miles the car has been driven but does confirm that it will be sold with an FIA Historic Technical Passport, an authenticity report from David Sewell, photos from the Molsheim factory, restoration photos, and copies of technical drawings.