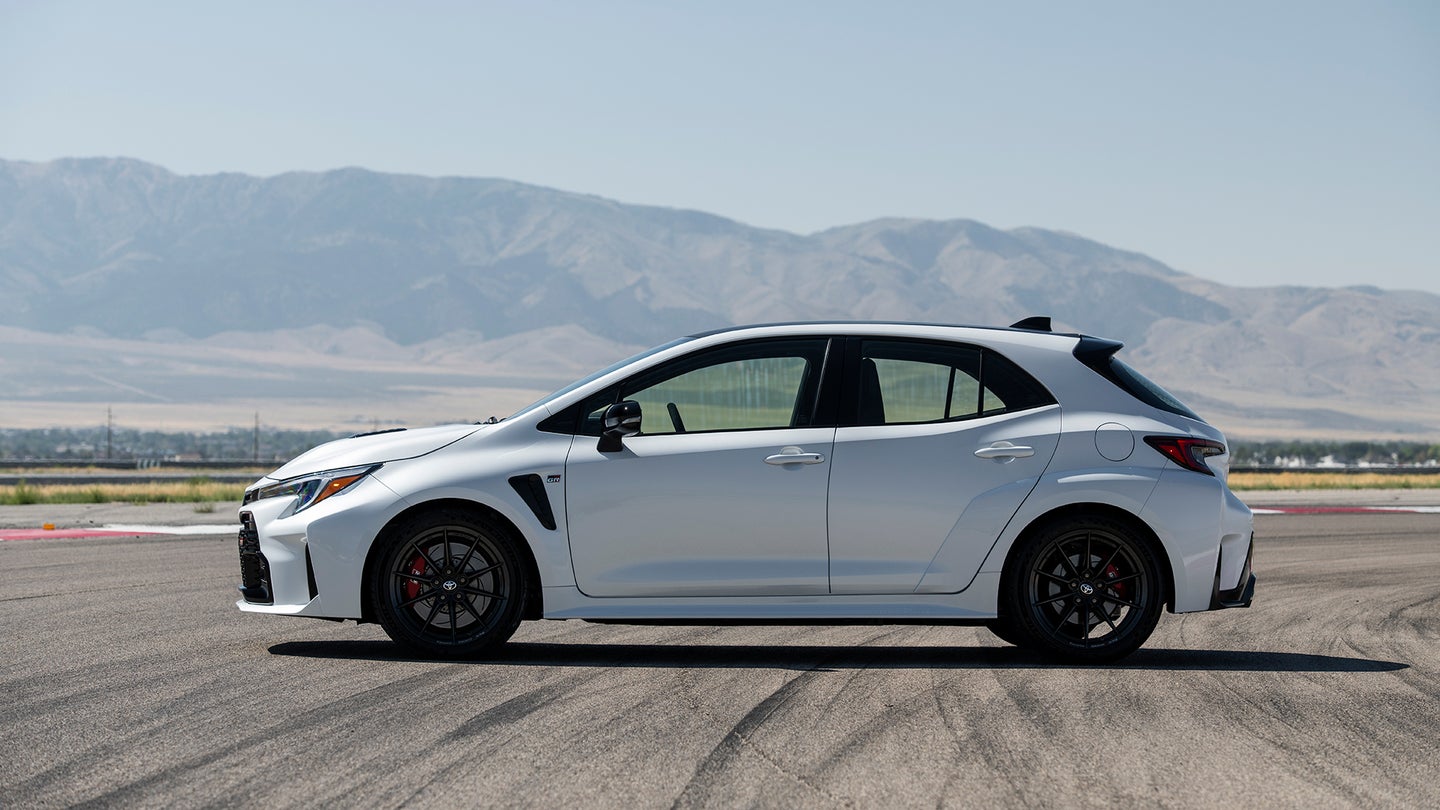 The 2023 Toyota GR Corolla’s full specs and reviews have been released, and it’s safe to say it’s an initial hit. Pretty much everything about it looks designed and constructed for enthusiasts, including the neat engineering specifically for track work. One feature that’s reserved for the low-production Morizo Edition is the removal of the rear seats, a move that speaks to how focused the car really is. Removing rear seats has some big advantages, and it’s not just about weight savings.

As someone who’s new to the coupe life with my BMW 128i, loading cargo in and out at track days has proven to be an immense pain in the butt. I sincerely miss my five-door Mazda 2 hatchback for moments like this, as it was so much easier to load, remove, and haul a ton of stuff having those two rear doors. When I removed the rear folding seat bench for a period of time, it not only increased cargo room exponentially but also dropped some curb weight.

I once lugged a bag of essential track day tools, a full-size jack, a folding table, folding chairs, an EZ Up with accompanying sandbags to keep it attached to the earth, and a big bin of products for the company I worked for at the time. The 2 was impressive for being a tiny b-segment econobox. Unladen and later matched with a lightweight fixed-back racing seat, this setup helped shed 200 pounds. The car was noticeably quicker on its feet on track and on the street, and I really dug its dual-purpose nature.

On the Morizo Edition, substantial pieces of chassis bracing sit in place of the rear seats, including a thick bar that runs around the perimeter of where the rear seat base would be and a rear strut bar that joins the rear shock towers. Considering metal is heavy—I presume they’re not made out of something lightweight like titanium—trading seats for bars likely doesn’t result in an impressive net weight loss.

However, the benefits of increased rigidity and cargo room more than make up for this. More rigidity means more grip, sharper handling, and even improved ride comfort (flex is the enemy). I’m of the opinion that little-to-no weight loss is fine, as long as there’s a clear performance improvement elsewhere. For example, mounting up heavy 200-or-lower-treadwear track tires to lightweight wheels has grip benefits that far make up for the gain in weight over a less-focused 280+ treadwear tire.

When it comes to cargo room, the Morizo has this in spades. Having the rear doors makes up for the big rear bar being in the way. In fact, owners can throw four tires standing up where the rear seat base used to be. They could also thread a ratchet strap through all four and anchor them to the lower bar. Even if significantly wider wheels and tires won’t fit, then this space could be reserved for storage bins, an EZ Up, whatever—the bar allows one to strap stuff down, as well as prevents contents from shifting around and scratching or damaging the rear door cards.

The Morizo is a low-production, focused trim anyway, so it’s not like anyone will be forced to choose between seats or no seats if they’re in the market for any GR Corolla. It’ll be interesting to see how its cargo capability and chassis rigidity benefits shake out in practice among enthusiasts, assuming the people who throw down $50,000+ for one make it their faithful track day steed. I’m also curious to see if the increased chassis rigidity from the Morizo’s bracing mirrors the rigidity-adding benefits of installing a roll bar. Regardless, it’s cool that Toyota’s marketing a hatchback without rear seats—it truly had enthusiasts in mind with this one.