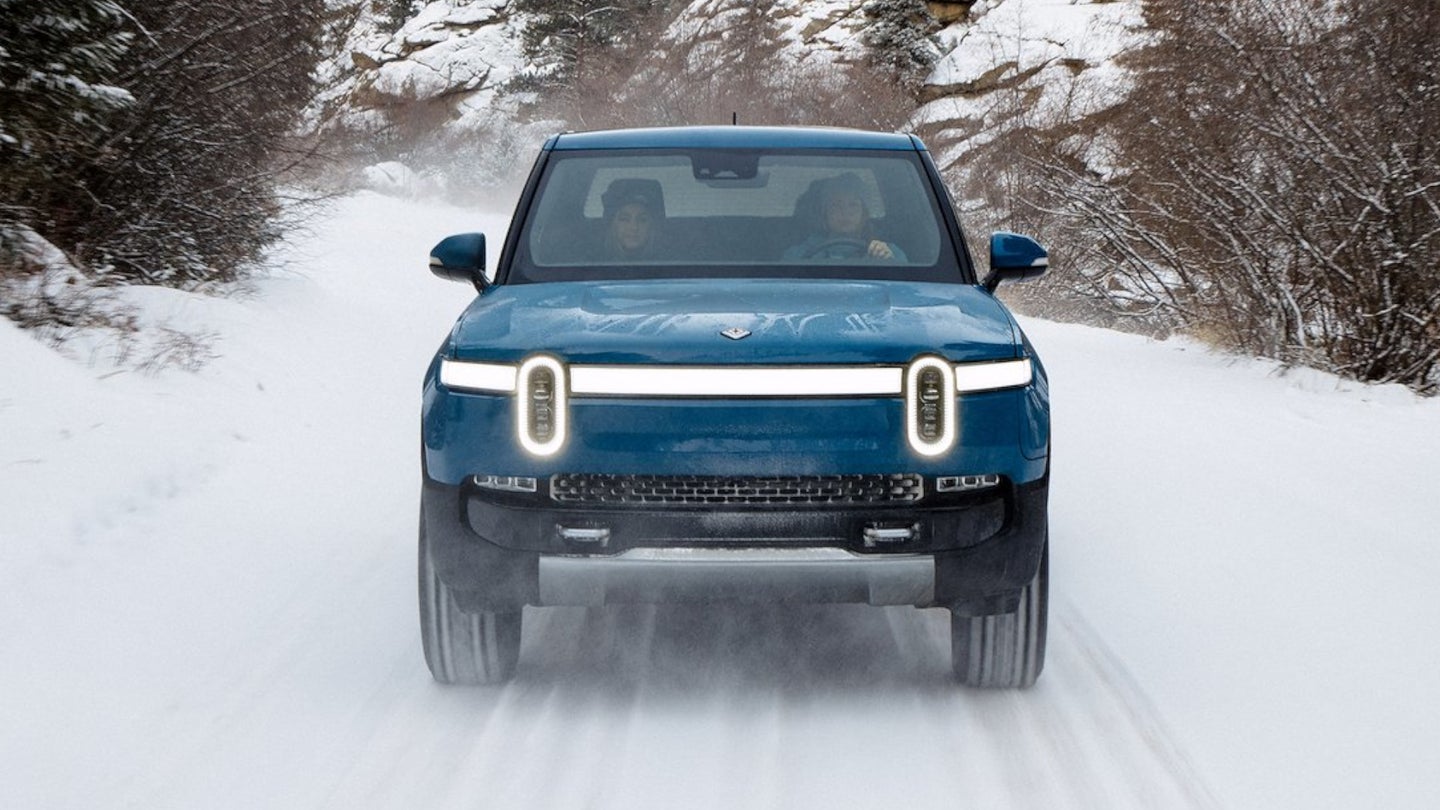 The over-the-air update adds a new drive mode to the company’s R1T pickup and R1S SUV, per a company blog post. Imaginatively titled “Snow mode,” it’s optimized for snowy, slushy, and icy conditions on the road. To ease driving in these conditions, the accelerator pedal response is dulled to reduce the likelihood of wheelspin.

Regenerative braking is also reduced in this mode. The new Low regen setting is exclusive to Snow mode. This helps avoid locking or slipping the wheels when slowing down in low-grip situations. The vehicle’s Auto Hold feature has also been fettled to engage more seamlessly when the ground is slippery.

Rivian has also added complementary features for the winter season. Drivers can now remotely warm the cabin via the Rivian mobile app. Defrosting and de-icing the windows and mirrors can also be enabled in the same way Remote engagement of seat and steering wheel heaters is available, too.

Notably, though, the new update doesn’t do anything to address headlight issues owners have suffered this winter. Due to Rivian’s use of LED headlights with a very vertical design, some have found the lights are easily obscured by snow and ice. Without the heat from a halogen-style headlight bulb, the headlights cannot melt the build-up away in normal use. Of course, it’s not really possible for Rivian to fix this issue with an over-the-air update. Instead, some additional hardware to warm the lights would be required.

Rivian advises the new Snow mode is primarily intended to be used for driving in snowy conditions on public roads and highways. For off-road scenarios, the All-Terrain drive mode is still the recommended choice.

The update comes along with several other new features, too. Rivian has added the Tidal music streaming service to the infotainment system, as well as access to Spotify’s library of audiobooks. Other additions include independent volume controls for various audio sources, like phone calls and media, and settings for privacy controls regarding data captured by the vehicle.

With the wintery season now very much upon us, the new features should be a welcome addition for Rivian customers, particularly those living deep in the snow belt. A more relaxed driving experience is always good when the conditions grow dim, slippery, and treacherous, after all.