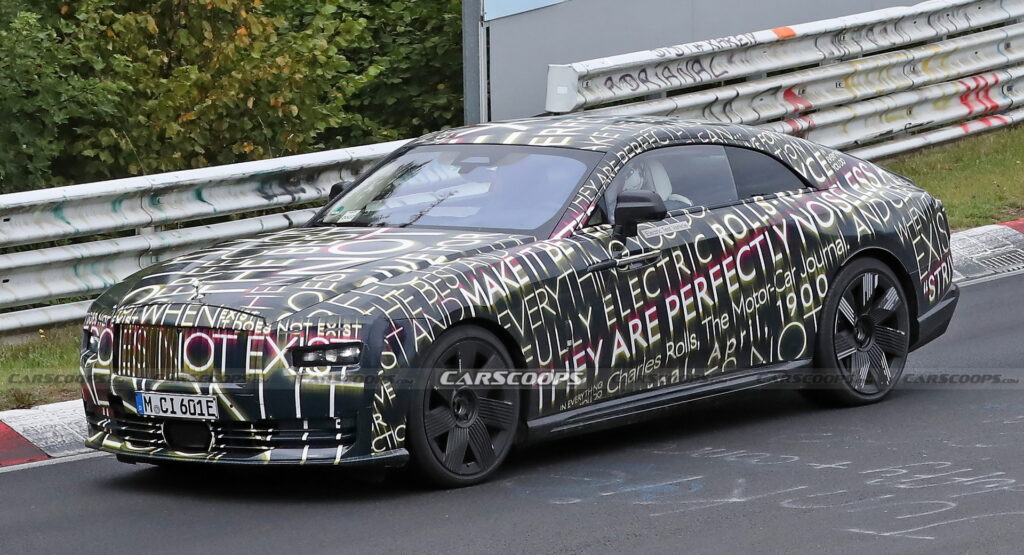 Even though Rolls-Royce vehicles tend to be endowed with rather large engines that make a pretty healthy amount of power, there’s still something odd about seeing them on the racetrack. But in testing its first electric vehicle, the brand has still decided to take the Spectre to the most famous test track of them all.

Seen sporting its patrician hood ornament, known as the Spirit of Ecstasy, our spy photographers have caught the Rolls-Royce Spectre testing once again. And the old gal has been given the ride of her life from her perch on the front of the coupe because it was testing at the Nürburgring.

Likely a pretty smart place to test an EV, the long, high-speed track is doubtless a good challenge for an all-electric vehicle. Although EVs are usually quick from launch, they tend to be at their least efficient over long, high-speed sections, such as on the highway or this track. 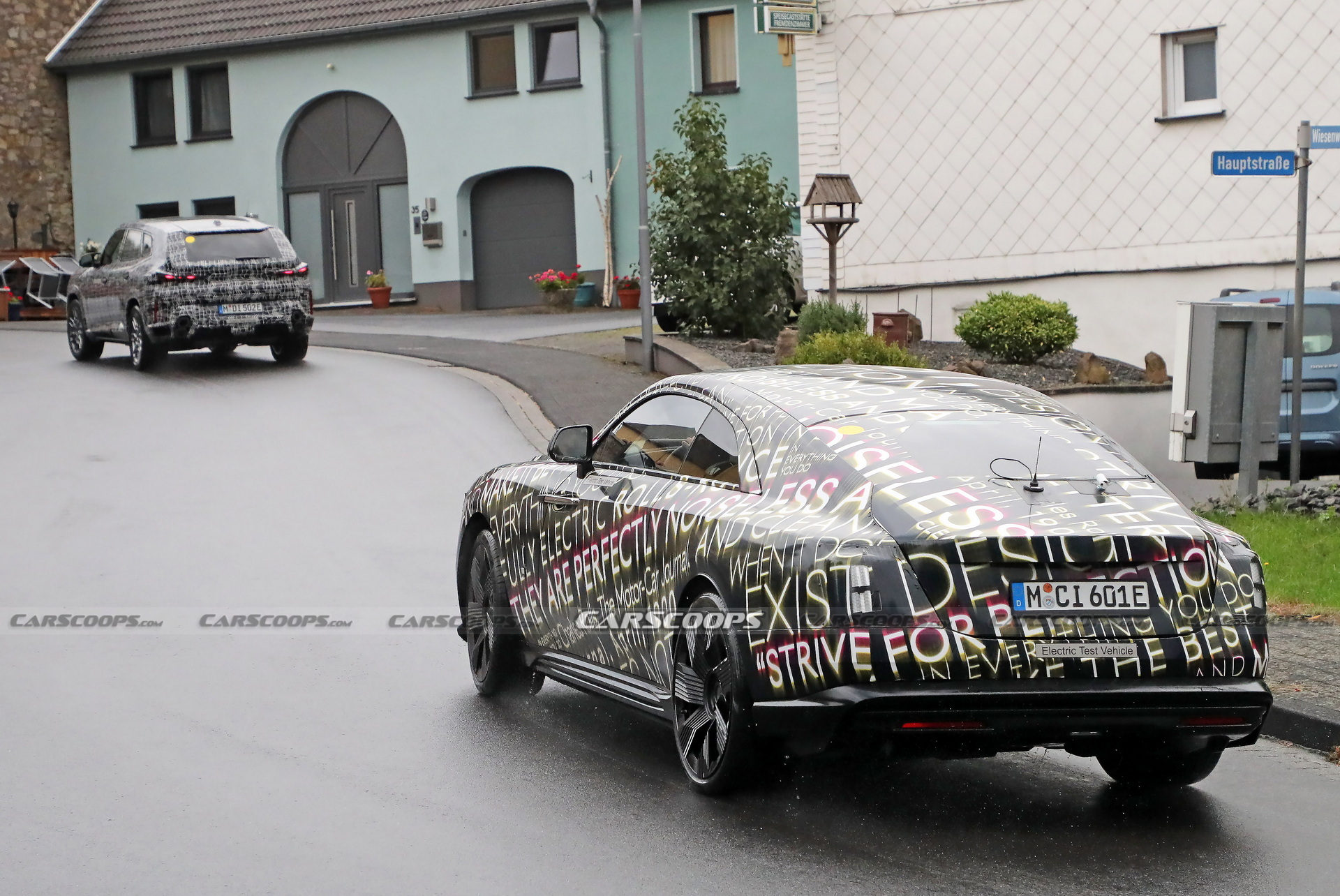 Rolls-Royce endeavors not to be like other automakers, though, and that goes doubly for the Spectre. The brand’s CEO was recently quoted blanching at the idea of adding a mode to the Spectre that would make its acceleration too aggressive.

“We will not put a Ludicrous mode like Tesla ever,” Torsten Muller-Otvos recently told Autocar India. “That is not our intention. The Spectre will offer waftability in its most impressive form. It is best described by the experience of a Gulf Stream private jet taking off. This is exactly the feeling you will have in a Spectre.”

The CEO then went on to say that, although his brand’s customers welcome an EV, they want it to be a Rolls-Royce first, and an electric car second. To that end, the automaker has sent the car to a finishing school of a sort.

The automaker intends to test the car over 2.5 million kilometers (1.5 million miles) before sending it out to dealers in order to ensure that it’s exactly as quiet, refined, comfortable, and capable as customers have come to expect.

With a powertrain that is rumored to borrow some elements from the BMW i7, it will likely be based on a 120 kWh battery pack and could make up to 600 hp (447 kW/608 PS). Rolls-Royce is expected to fully reveal the car in 2023, which will likely make it a 2024 model year vehicle once it hits the road.