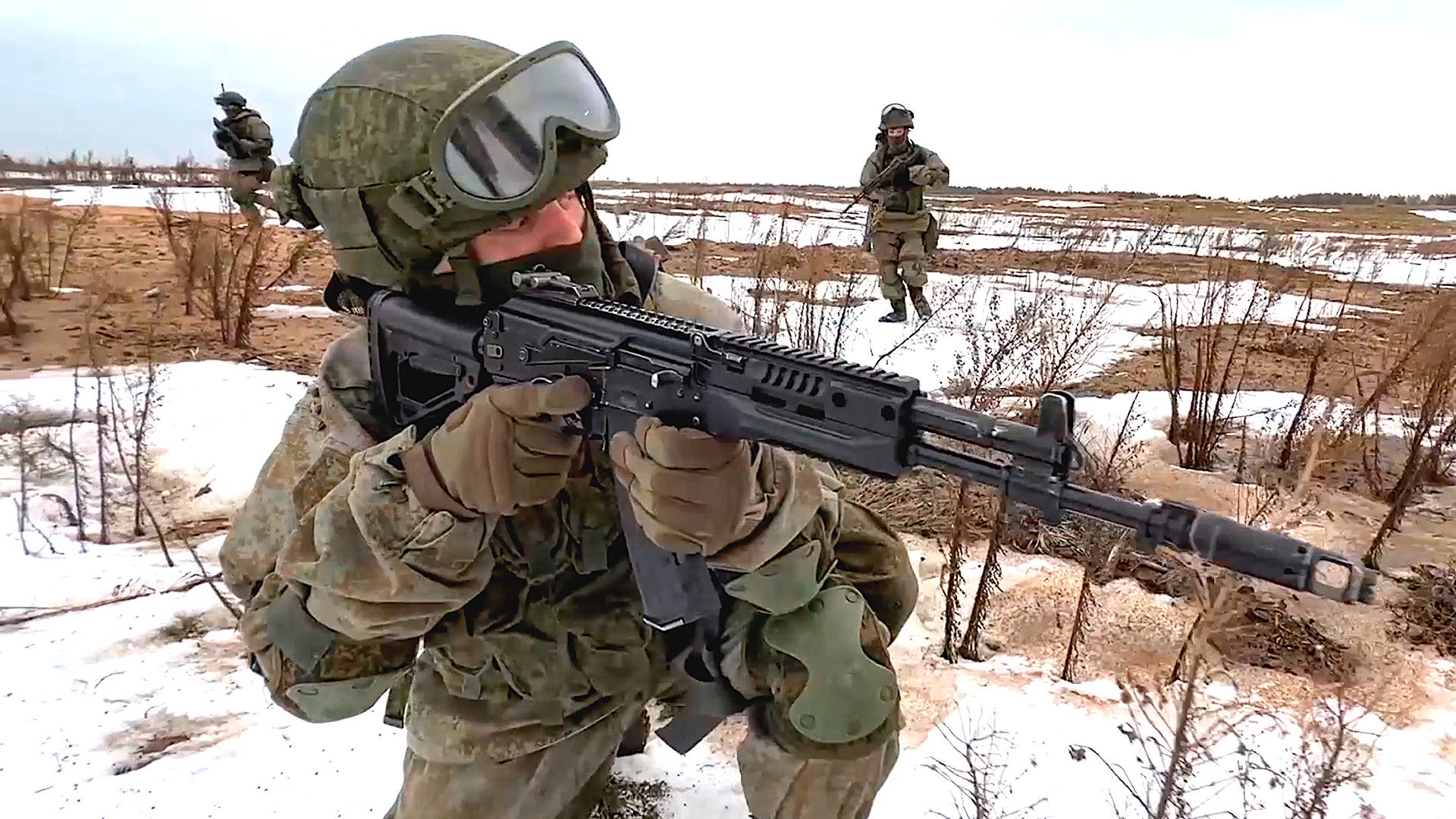 Russian President Vladimir Putin has ordered forces to deploy into two breakaway republics in eastern Ukraine’s Donbas region. This comes within around an hour of Putin signing decrees to recognize those regions as independent countries. You can get fully up to speed on how this situation has evolved already today and the potential ramifications in our initial reporting here.

Putin’s orders direct the Ministry of Defense to “ensure the maintenance of peace” in the self-styled Donetsk People’s Republic and Luhansk People’s Republic, which are also commonly referred to by the acronyms DNR and LNR respectively. These troops will be deployed ostensibly on a peacekeeping mission, a justification the Kremlin routinely employs when intervening militarily against its neighbors. They will also establish bases to support these operations.

Russian-backed separatists declared control over portions of Donetsk and Luhansk in 2014, following Russia’s seizure of Crimea. The Ukrainian government, as well as that of the United States and others, has long said that actual Russian troops have been directly involved in the subsequent conflict in Donbas, something the Kremlin has consistently denied despite significant evidence thereof.

This overt deployment follows new allegations from Putin and other Russian officials earlier today that, among other things, Ukrainian authorities have been planning their own new major offensive against separatists in the Donbas. Putin described Ukraine as preparing for a “blitzkrieg” into the region and reiterated previous claims that a “genocide” is being perpetrated against the citizens in the DNR and LNR. Russian authorities have provided no hard evidence to substantiate these assertions, which the Ukrainian government, as well as a number of international partners, including the United States, say are categorically false.

As The War Zone and others have already pointed out this chain of events reflects exactly the sort of pretexts Russia has long been likely to use to justify both an immediate intervention into the Donbas and potentially a larger invasion of Ukraine. Russian forces moving into the eastern part of Ukraine already gets them one step closer to objectives deeper inside the country should Putin decide to launch a larger intervention.

Any casualties they might suffer in subsequent fighting between separatist and Ukrainian forces would offer another justification for broader action. Putin has already said that if Ukraine does not agree to an immediate ceasefire it will be responsible for the resulting “bloodbath.”

All told, this is an extremely worrisome new development in a crisis where the potential for at least immediate de-escalation already looks increasingly remote.

This is a rapidly developing story and we will update it as more information becomes available.