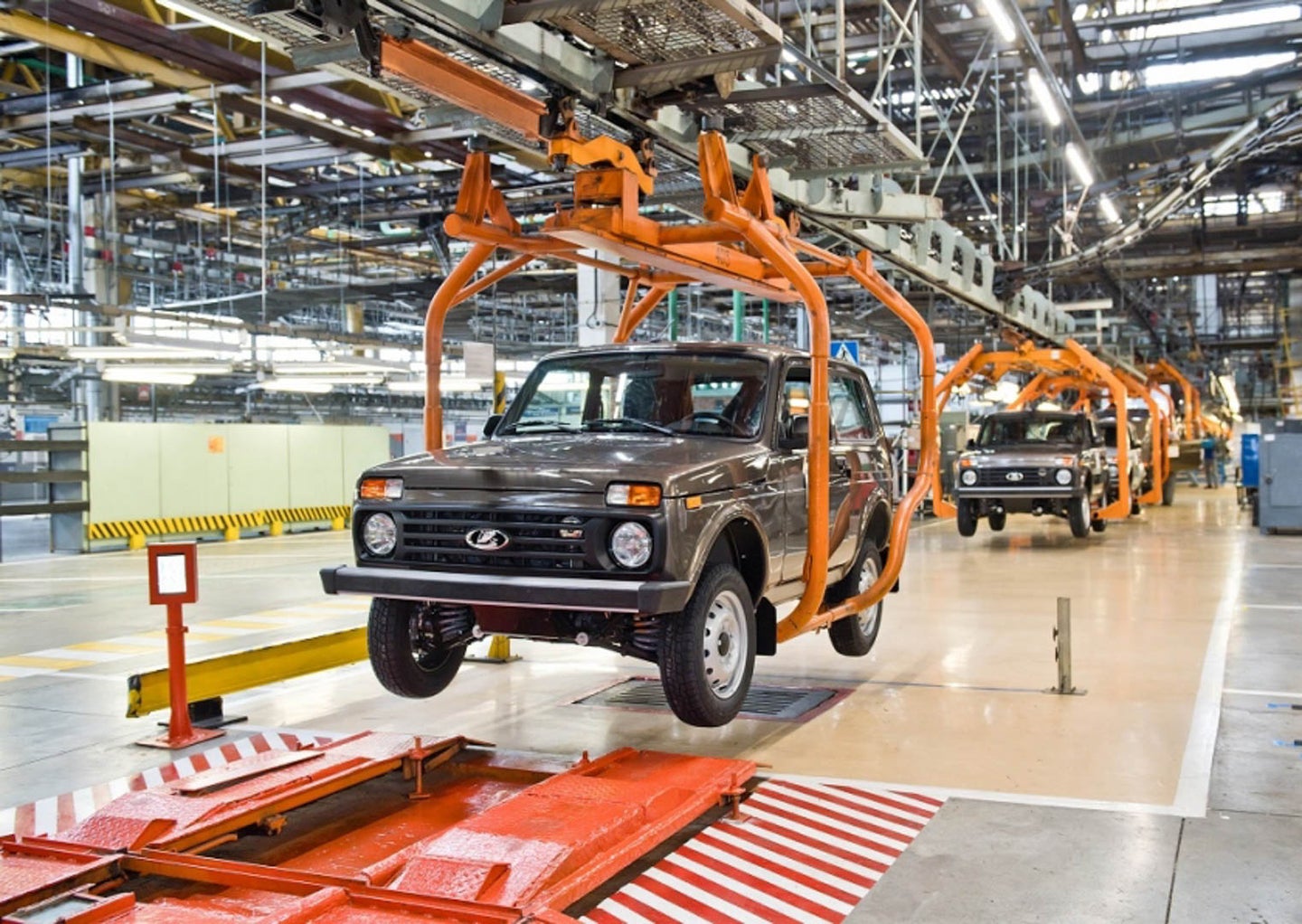 Russia’s Avtovaz, the automaker famous for building Ladas, is resuming the production of the Lada Niva SUV. Avtovaz’s production had previously been delayed back in March due to a lack of supplies caused by international sanctions on Russia. That probably had something to do with Russia launching a military invasion into a neighboring sovereign nation—call it a hunch. Now, though, production is back on and the Lada Niva is as hilariously spartan as it was when it first debuted in 1977.

Due to production restraints, the only Lada Niva variant that’s back in production is the three-door model with the Classic’22 package. What does that fancy package get you? It brings such niceties as power front windows, power steering, 16-inch steel wheels, and even “audio preparation.” The latter means that it comes with an antenna and a wiring harness that allows owners to install two speakers. Yep, just two. It lacks power seats, any sort of charging ports for mobile phones, and it doesn’t have front airbags. The Lada Niva is meant to be a cheap, rugged, dependable, off-road vehicle for the masses but, even by that standard, its cabin tech is pretty grim.

However, mechanically, it’s surprisingly well-equipped, considering what it is. In addition to the 1.7-liter four-cylinder engine and manual transmission, it also gets permanent all-wheel drive with a locking center differential, a low-speed transfer case, crankcase protection (for off-roading adventures), daytime running lights, and even ISOFIX child seat mounts. It might not be pretty, nor particularly comfortable or safe, but it’s a simple, utilitarian workhorse for the average Russian customer.

Due to Russia’s invasion of Ukraine, sanctions have prevented Russian manufacturers from trading with most other countries for supplies. So to get the Lada Niva back into production, Avtovaz had to switch to almost entirely domestic parts. Now that the Niva is back online, Avtovaz wants to get the rest of Lada’s lineup back online as well. To do so, it will have to rely only on Russian-made components, as well as components from “friendly countries.”

Ladas have always been a curiosity for many car enthusiasts in other parts of the world. The Lada Niva’s incredibly spartan nature, troubled history, oddball quirkiness, and surprising off-road capability has always made it a tongue-in-cheek favorite, even if the politics surrounding the brand has always been problematic. So seeing the Lada Niva back in production is neat but it comes with the sting of knowing why it was delayed in the first place.

Got a tip? Mail it in to [email protected]

The post Russia’s Lada Niva Resumes Production After Sanctions With Even Less Tech Than Before appeared first on The Drive.