Sabotage Suspected In Undersea Gas Pipeline Explosions In The Baltic 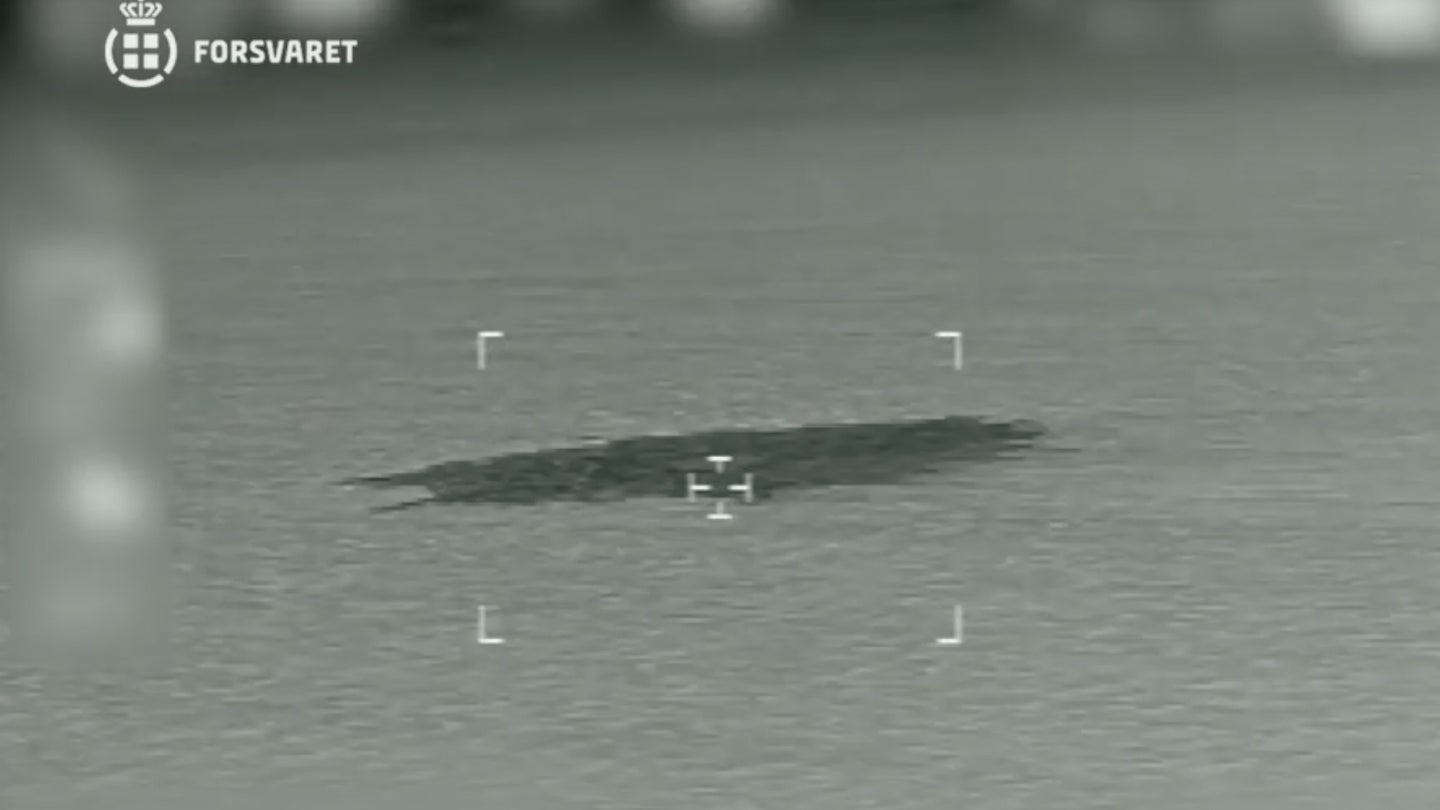 Various European leaders are suggesting that sabotage is the most likely reason for mysterious gas leaks that have struck two undersea pipelines in the Baltic amid confirmation of several explosions in the area. The leaks affect the Nord Stream 1 and 2 pipelines, used to carry gas from Russia to Europe and which have been at the center of an ‘energy war’ between Moscow and the West since Russia invaded Ukraine in late February.

Of the three leaks identified, two affect the Nord Stream 1 pipeline that has two parallel branches that run around 750 miles between a location near St. Petersburg to northeast Germany. Nord Stream 1 has been closed down for maintenance since August and is not currently transporting gas.

One other leak affects the ‘sister’ pipeline, Nord Stream 2, construction of which was suspended by the time Russia launched its invasion of Ukraine.

While neither of the pipelines are currently operational, they both still contain gas, making any kind of significant leak hazardous, including to shipping and, potentially, air traffic.

The first reports of a “rapid gas pressure drop” on Nord Stream 2 came yesterday afternoon, from the pipeline operator, Nord Stream AG, of which the majority shareholder is Russia’s state-owned Gazprom giant. That leak is located southeast of the island of Bornholm, which has been a flashpoint of East-West tensions in the Baltic. In response to the incident, Danish authorities warned ships to avoid a five-nautical-mile exclusion zone around the area. A small no-fly zone was also established, although a Royal Danish Air Force F-16 fighter jet and an EH101 Merlin helicopter, at least, have been active in the area to monitor the leak.

Hours later, the Swedish Maritime Authority issued a warning over the two leaks on Nord Stream 1, which have also been located in an area close to Bornholm. Both those leaks are located northeast of the island, one in the Danish economic zone, and one in the Swedish.

Nord Stream AG said that the pipelines had sustained “unprecedented” damage in the course of the same day.

Today, the Swedish national broadcaster SVT reported that Swedish seismologists had registered explosions near the Nord Stream pipelines in the last 36 hours.

“SVT can reveal that measuring stations in both Sweden and Denmark registered strong underwater explosions in the same area as the gas leaks on Monday,” SVT reported. According to Björn Lund, a lecturer in seismology at the Swedish National Seismic Network, the first explosion was recorded at 2:03 AM on Monday night and the second at 7:04 PM on Monday evening.

“You can clearly see how the waves bounce from the bottom to the surface,” Lund told SVT. “There is no doubt that it was a blast.”

Different European countries in the region are now investigating the cause of the three leaks, with the Danish energy authority stating that they could last for several days, and even up to a week. Nord Stream AG said it was impossible to determine how long repairs could take.

There’s now speculation at an official level that the damage could have been the result of sabotage.

In Germany, there are unconfirmed reports that authorities are not ruling out some kind of attack on the pipelines.

The Polish Prime Minister Mateusz Morawiecki, meanwhile, was more forthcoming, however, stating that the leaks were caused by sabotage and apparently pointing a finger at Russia. “Today we faced an act of sabotage, we don’t know all the details of what happened, but we see clearly that it’s an act of sabotage, related to the next step of escalation of the situation in Ukraine,” Morawiecki said.

From Russia, too, there have been suggestions from officials that there could have been a deliberate attack, with Kremlin spokesperson Dmitry Peskov saying he was “extremely concerned” about the incident.

Europe’s reliance on Russian-supplied gas has been one of the key issues in the background of the war in Ukraine and the continued deterioration of East-West relations.

Previously, the European Union has accused Moscow of using its gas supply as a tool for blackmail. Moscow denies such accusations and instead blames sanctions imposed by the West for poor maintenance standards of its gas infrastructure.

However, it’s notable that the latest damage to the two Baltic pipelines won’t have an effect on Europe’s gas supplies, at least for the time being, with neither of the pipelines having been operational of late.

Bearing all this in mind, it’s not altogether surprising that some observers are already looking at Russia’s capabilities, at least, for prosecuting this kind of attack on undersea pipelines.

In the past, we’ve looked at how the Russian Navy can use a variety of means to conduct covert operations on the seabed. Normally, it’s been assumed that these special mission submarines, deep-sea submersibles, and unmanned underwater vehicles are charged with investigating and disrupting undersea cables. As well as cutting and tapping communications cables, however, such craft could also be used to interfere with gas pipelines, for instance.

Most prominent among these exotic craft is likely the Project 09852 Belgorod, a large mothership submarine that is suitable for transporting other smaller submarines, like the nuclear-powered midget submarine Losharik, which it can bring covertly to and from a mission area. However, the Belgorod is currently thought to be operating in the White Sea and the Baltic Sea is not where these large submarines operate.

Moreover, it’s also highly likely that pipelines could be covertly sabotaged even without recourse to using high-tech submarines and other underwater vehicles. At least one of the leaks is thought to be in water shallow enough for divers to operate and transporting explosive charges would certainly be feasible. However, divers or unmanned underwater vehicles would at least require some kind of support vessel, although this wouldn’t have to be operating in the vicinity.

Whether by coincidence or otherwise, Norway’s Petroleum Safety Authority (PSA) warned oil companies yesterday to be on the alert after it reported that unidentified drones were seen flying near Norwegian offshore oil and gas platforms.

The timing of the pipeline incident is also noteworthy, and not only due to concerns in Europe about the cost of energy prices since Russia invaded Ukraine and the resultant effect on Western economies.

As part of the response to this energy crisis, the European Union has been looking at ways of reducing its reliance on Russian gas. The plan includes a new pipeline, the Baltic Pipe, that will carry gas from Norway to Poland. Ahead of the opening of this pipeline, Polish Prime Minister Morawiecki met today with his Danish counterpart, Mette Frederiksen, to “discuss security issues in the Baltic region, aid for Ukraine [and] cooperation in the energy sector and energy security.”

Meanwhile, the political reality makes it look increasingly unlikely that the Nord Stream 1 and 2 pipelines will be back in action any time soon, regardless of how long it might take to repair them.

While there is no evidence that Russia was behind the pipeline leaks, it does serve as a reminder of the critical role played by Russian energy supplies in relations between East and West. As long as tensions over Moscow’s war in Ukraine continue, the issue of Europe’s gas supply is likely to be prominent. Whatever was responsible for breaching Nord Stream 1 and 2, the incident sends a clear message about the vulnerability of such infrastructure and, in turn, the vulnerability of Europe’s energy supply. It seems highly probable that other energy infrastructure in Europe will now also be placed on high alert.

The post Sabotage Suspected In Undersea Gas Pipeline Explosions In The Baltic appeared first on The Drive.