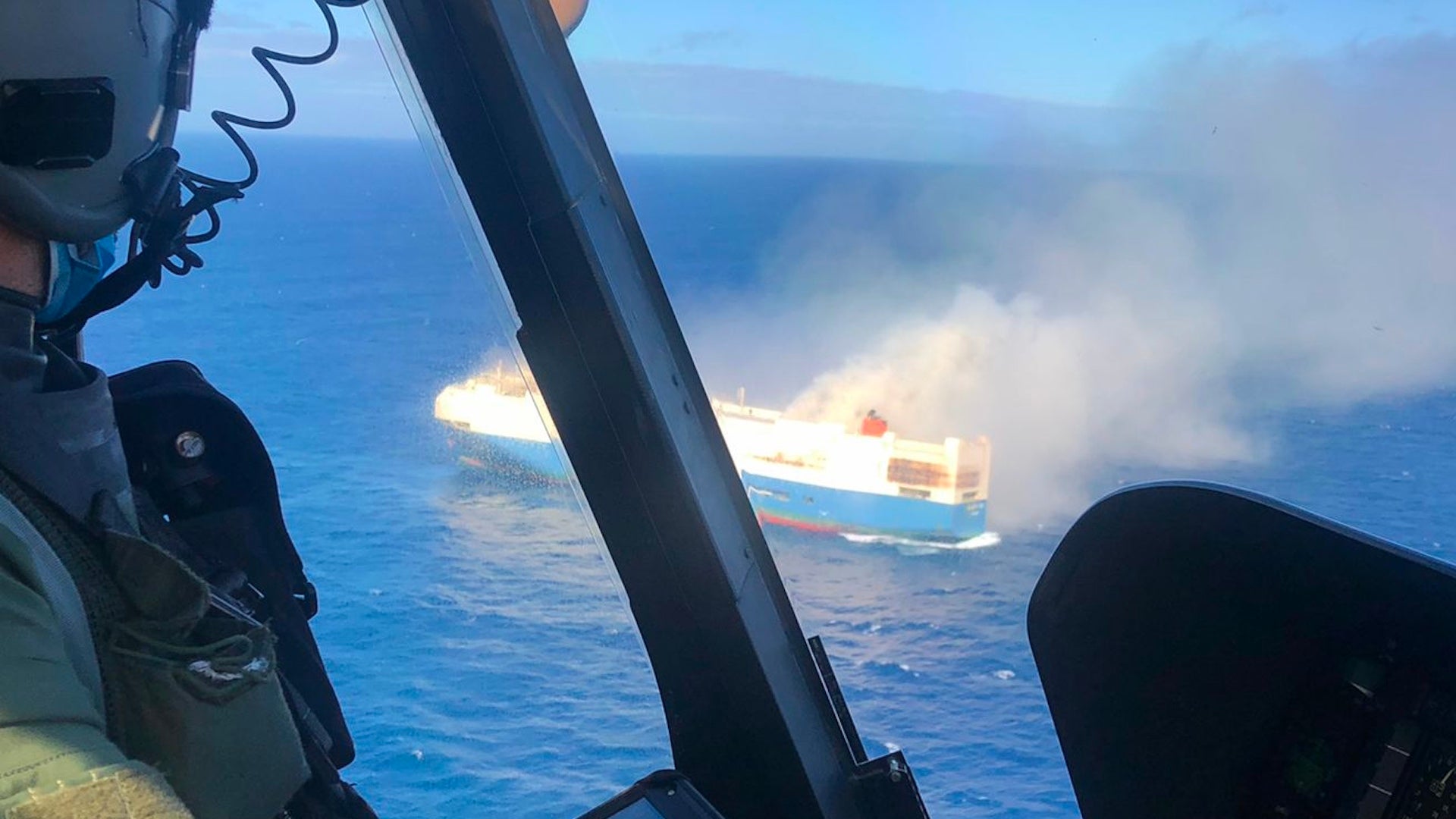 Car-carrying cargo ship Felicity Ace has been ablaze off the shores of the Portuguese Azores since Wednesday, forcing the evacuation of its 22 crew, who left the vessel adrift. But its cargo of nearly 4,000 cars from various Volkswagen Group makes—Audi, Bentley, Lamborghini, Porsche, and VW—remain aboard, and many are believed to be already lost as the ship burns to its waterline. Still, help is on the way to salvage what’s left of them and the Felicity Ace, as a multinational team of tow ships and salvage crews are reportedly en route to the stricken cargo ship.

A trio of tow boats is en route from Gibraltar and the Netherlands, reports Reuters, which says the responders will arrive by next Wednesday. When they do arrive, they will not take Felicity Ace to the nearby Azores, as the ship would reportedly block the entrance to the port, according to Captain Joao Mendes Cabecas of the port of Horta. Instead, Felicity Ace will be towed outside the environment, to either the Bahamas or European waters.

“The ship is burning from one end to the other… everything is on fire about five meters above the water line,” Cabeças told the outlet.

Boskalis
A trio of tuboats operated by Boskalis, a Dutch company involved in Felicity Ace‘s recovery

According to an internal VW email seen by Automotive News, Felicity Ace is carrying 3,965 cars, 189 of which The Drive has confirmed to be Bentleys, while another 1,100 or so are reportedly Porsches. Audi and VW are confirmed to have vehicles on board, though neither specified the number, while GoAuto was told by a VW spokesperson that “a number of Lamborghinis” are also implicated. Reportedly among the shipment of VWs was a complement of VW ID.4s, electric vehicles whose batteries could pose a risk of catching fire or exploding. The cause of the fire is not currently known, but their batteries have reportedly helped sustain the blaze and will require specialty firefighting equipment to extinguish.

As Felicity Ace is reportedly burning near her waterline, it is speculated most if not all cars on board have already been lost, sending an estimated $255 million worth of vehicles up in smoke according to an economist consulted by Automotive News.

“A quick estimate, assuming that the ship was only partially full (or that a portion of the cargo is salvaged undamaged), is that there is at least $255 million or more in lost vehicles, plus many millions in salvage costs on top of that, and downstream losses in auto dealerships,” remarked American economist Patrick Anderson. “It could be more.”

Since the contents of the ship’s hold will be insured, losses will not fall on customers, some of whom have voiced concerns about losing limited-production models on social media. As previous car carrier disasters involving VW Group makes have shown, though, the carmaker could still follow through by reproducing destroyed limited-production vehicles for their intended recipients. It’s the one silver lining to the dark cloud of smoke now spreading over the Atlantic.