Sending Patriots To Ukraine Being Actively Considered By U.S., NATO 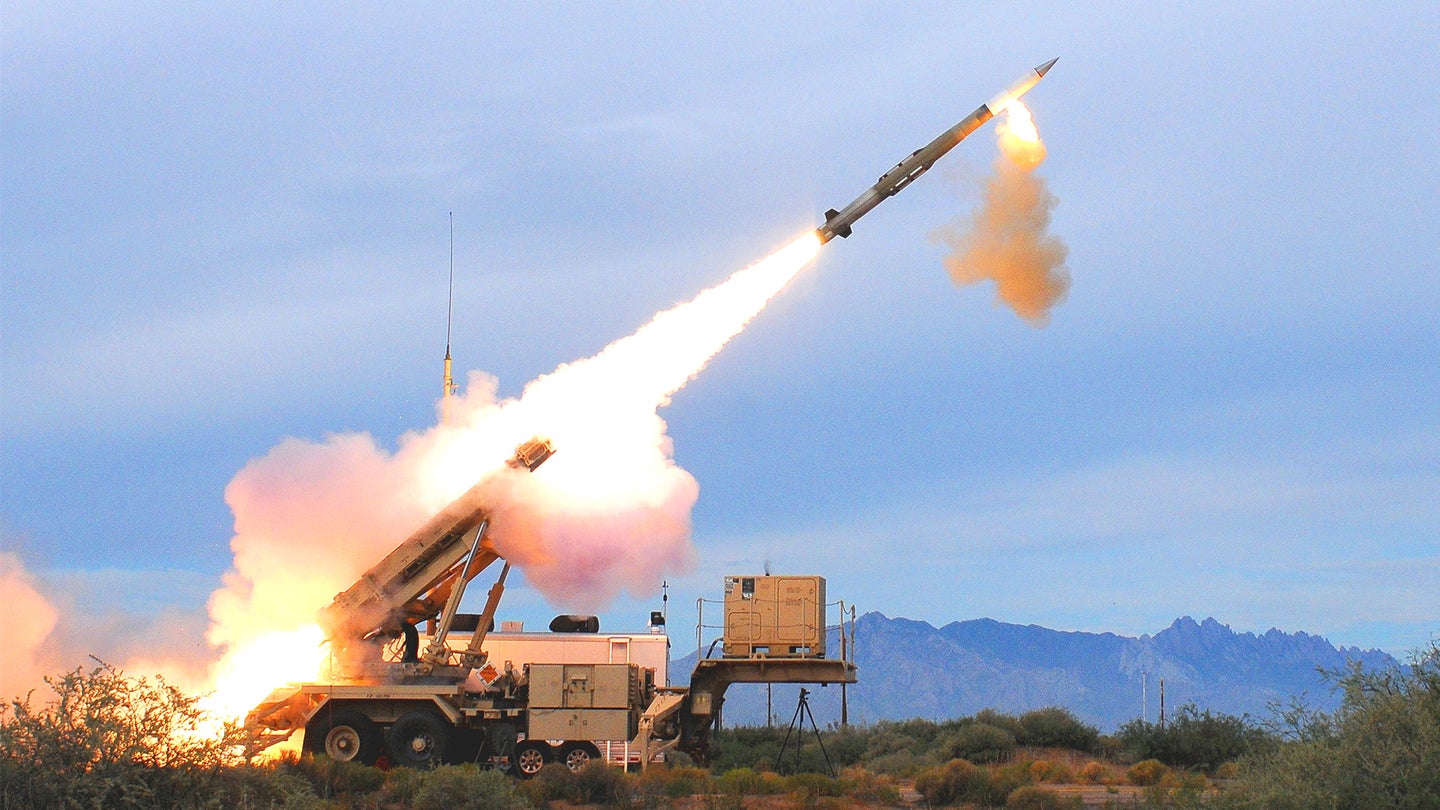 Transferring Patriot surface-to-air missile systems, which have a relatively robust defensive capability against shorter-range ballistic missiles, to the Ukrainian armed forces is under consideration, according to the Pentagon and NATO. Authorities in Ukraine have been seeking Patriots since before Russia’s all-out invasion, but there has been reinvigorated interest in these systems more recently as the country has been subjected to major missile strikes on its power grid. There are also fears that Russian forces could soon begin employing Iranian short-range ballistic missiles as part of this campaign, which threatens to leave many Ukrainians literally in the dark and cold in the middle of winter.

“All [air defense] capabilities are on the table,” a senior U.S. defense official told The War Zone and other outlets at a press briefing today. “Patriot is one of the air defense capabilities that is being considered.”

A senior U.S. defense official confirmed to reporters today that Patriots were among the air defense systems that American authorities, and their allies and partners, are looking at sending to Ukraine. Back in October, U.S. Army Gen. Mark Milley, the Chairman of the Joint Chiefs of Staff, had listed Patriots as being among the possible systems that might be included in still-evolving plans by an American-led coalition to significantly modernize Ukraine’s integrated air defense network in the long term.

“We have no plans to provide Patriot batteries to Ukraine,” U.S. Air Force Brig. Gen. Patrick Ryder, the Pentagon’s top spokesperson, clarified at a subsequent press briefing. “But again, we’ll continue to have those discussions, and when and if there’s something to announce on that front, we will.”

“When it comes to certain capabilities, like Patriot missiles … you’re talking about a pretty significant maintenance and sustainment tail, as well as a training tail on those things. So then none of these systems are ‘plug and play.’ You can’t just show up on the battlefield and start using them,” Ryder added. “So those are the kinds of things that are taken into account when it comes to more advanced systems. But again, I want to emphasize that we continue to consider air defense a priority and we’ll continue to look at working with allies and partners in terms of what we can get to Ukraine as quickly as possible so that they can start employing those capabilities immediately.”

Ryder’s comments here reflect a long-standing U.S. government position about transferring various higher-end weapon systems to Ukraine. The War Zone has highlighted these issues with regard to past discussions about sending Patriots, specifically, to the Ukrainian military. At the same time, American authorities have shown a steadily increasing willingness to send more complex systems, most notably the decision earlier this year to begin delivering M142 High Mobility Artillery Rocket Systems (HIMARS), as Ukrainian forces have demonstrated their aptitude for operating and sustaining them in training programs.

NATO Secretary General Jens Stoltenberg said in a separate press briefing today ahead of a meeting of the alliance’s top diplomats in the Romanian capital Bucharest that discussions about the possibility of sending Patriots, among other air defense systems, to Ukraine are ongoing. He noted that members of the U.S.-led Contact Group on Defense of Ukraine, which includes members of NATO and countries outside of the alliance, are heavily focused on ensuring that more modern air defense systems that have already been sent to Ukraine, such as examples of the National Advanced Surface-to-Air Missile System (NASAMS) and the IRIS-T SLM, remain functional.

“This is [in] part about providing new systems, like for instance, the Patriots, and there is an ongoing discussion about that now, but it’s also very much about ensuring that the system[s]… are functioning, are effective,” Stoltenberg said. “We need to ensure that we provide spare parts and enable them to do maintenance of the systems, and also ammunition … We are urgently addressing the need to ensure that the existing systems are working as expected.”

This follows somewhat similar comments Stoltenberg made last week in response to a question about a Polish proposal for Germany to transfer Patriot batteries to Ukraine in lieu of deploying them to their territory. German officials offered to send Patriots to Poland after an errant missile, widely believed to have been a Ukrainian surface-to-air missile that was launched in response to Russian strikes, crossed the border and hit a Polish farm, killing two people, on November 15.

The NATO Secretary General had said that NATO was not categorically opposed to such a plan, but said whether or not to actually pursue it was a matter of “national decisions” on the part of the relevant countries.

Ukraine’s international partners, including the United States, have rushed to provide additional air defense capabilities in direct response to Russia’s missile strikes targeting the country’s power grid in recent months. As of this past weekend, an estimated six million Ukrainian households were without power, including the country’s capital Kyiv, leaving many without heat, among other things, as temperatures have dropped.

“We need air defense, IRIS, Hawks, Patriots, and we need transformers,” Ukrainian Foreign Minister Dmytro Kuleba said while speaking to reporters in Bucharest on the sidelines of the NATO meeting. “If we have transformers and generators, we can restore our energy needs. If we have air defense systems, we can protect from the next Russian missile strikes. In a nutshell: Patriots and transformers is what Ukraine needs the most.”

It, of course, very much remains to be seen if there will be any new movement on the transfer of Patriots to Ukraine. As various officials have stressed just today, foreign countries have already delivered a number of additional air defense capabilities to the Ukrainian military, including short and medium-range surface-to-air missile systems like IRIS-T SLM, Crotale, Hawk, and Aspide, or are planning to do so in the near future. These systems offer important additional air defense capacity against Russian cruise missiles and Iranian drones, among other things.

However, Ukraine continues to have virtually no anti-ballistic missile capability, with the exception of a small number of refurbished Soviet-era S-300V surface-to-air missile systems, amid fears that Russia is working with Iran to bolster its arsenal in this regard. Patriots could provide a ballistic missile defense capability in addition to their ability to engage other aerial threats at extended ranges.

Whatever the case, the Ukrainian government is clearly more interested than ever in acquiring Patriots, among other air defense systems, and is pursuing active discussions on this topic with its counterparts in the United States and elsewhere within the NATO alliance.

The post Sending Patriots To Ukraine Being Actively Considered By U.S., NATO appeared first on The Drive.