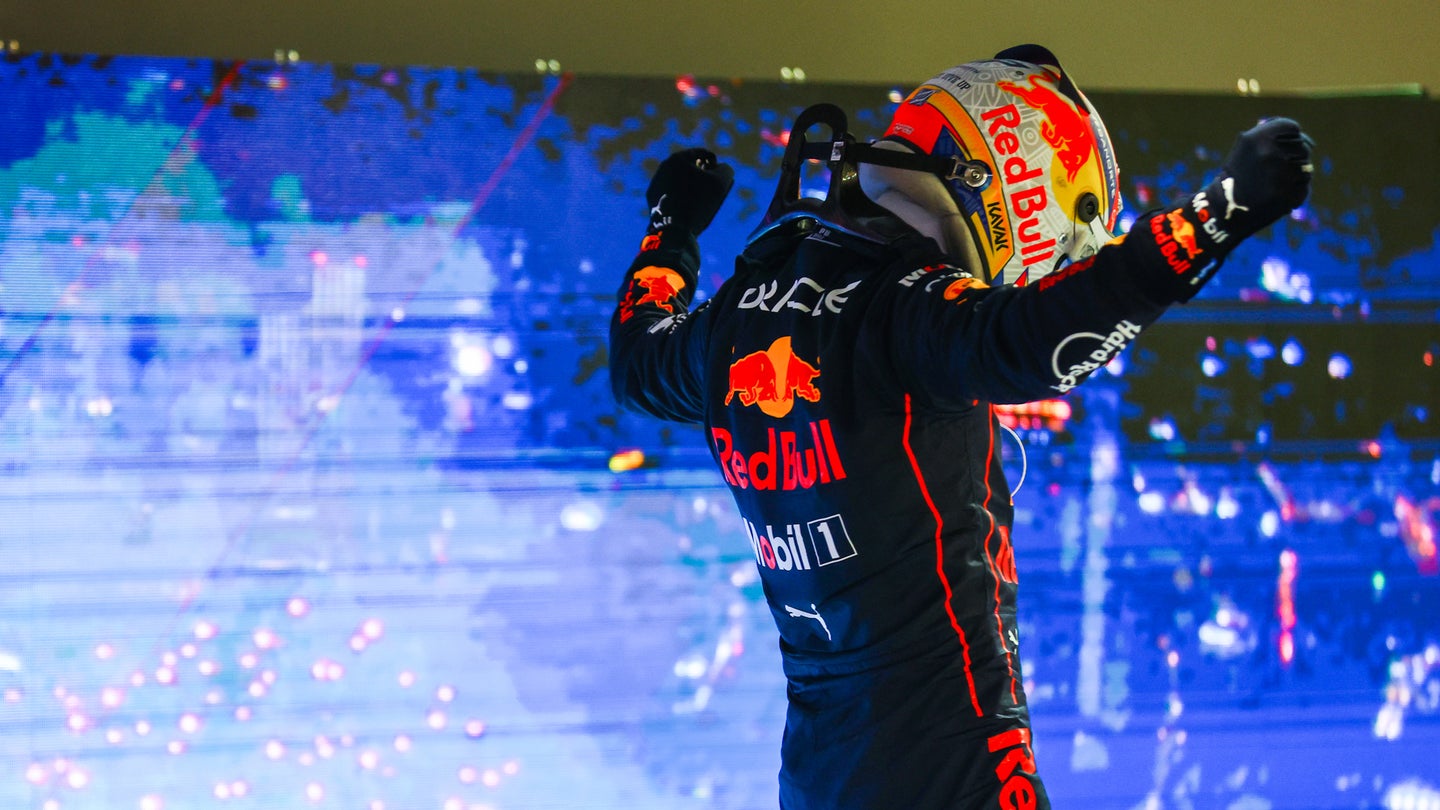 The rain-soaked 2022 Singapore F1 grand prix got off to a late, messy start. What wasn’t messy, though, was Red Bull driver Sergio Perez’s driving. Perez started in P2 but quickly jumped ahead of Ferrari’s Charles Leclerc at the start of the race, giving himself a lead he never relinquished. Despite a humid, soggy track that wouldn’t dry up until the final laps, Sergio Perez’s masterful driving held off an almost equally brilliant performance by Leclerc to take the win in Singapore.

“It was certainly my best performance, I controlled the race. The last few laps were so intense. I gave it everything for the win today,” said Perez after the race. However, there’s a chance Perez’s hard-fought win could be taken away, due to a potential penalty for possibly driving too close to one of the day’s many safety cars. For some reason, the powers that be at the FIA decided to make their decision regarding Perez’s fate until after the race, so we have to wait until later in the day to see if Perez’s victory stands.

Perez was told by his team during the last few minutes of the race that he could face a post-race penalty, estimated to be around five seconds. That pushed him to increase his lead on a charging Leclerc, to cover any time penalty he might face. Despite Leclerc’s best efforts, Perez was able to increase his lead to more than seven seconds. So if he does end up facing a five second penalty, his victory will still stand.

Following the race, the Ferrari team felt that a double five-second penalty could be enforced on Perez, which would give give Leclerc a post-race victory. However, that doesn’t seem likely at the moment.

Outside of Perez and Leclerc, every other driver struggled in the wet. Both team Williams and Alpine saw double DNFs (Did Not Finish), Mercedes’ Lewis Hamilton understeered into a barrier and damaged his front wing, Red Bull’s Max Verstappen locked up several times and spun on one occasion, and Alfa Romeo’s Zhou Guanyu retired from the race after hitting a wall. The sheer quantity of driver errors, even from the most talented and experience of drivers, makes Perez’s and Leclerc’s performances even more special. Both drivers’ near-flawless races were wonderful to watch and reminders to motorsport fans of why we love Formula 1.

The FIA’s decision whether to penalize Perez will come later today, which could give Leclerc the win, but that won’t change the season’s driver’s standings. Standings-leader Max Verstappen finished in seventh on the day, giving him six points and a total of 341, increasing his already massive lead for the season. Charles Leclerc’s second place finish gave him 18 points, and a total of 237, securing his second place spot. And Sergio Perez’s victory today scored him the maximum 25 points, putting him right behind Leclerc with 235 total points.

If Perez is penalized enough to take his victory away, the top three positions will still stand but Perez will lose a bit of ground to Leclerc. More importantly, though, it will rob Perez of easily the most impressive performance of the season and the best drive of his career.

Have a tip, shoot it over to [email protected]