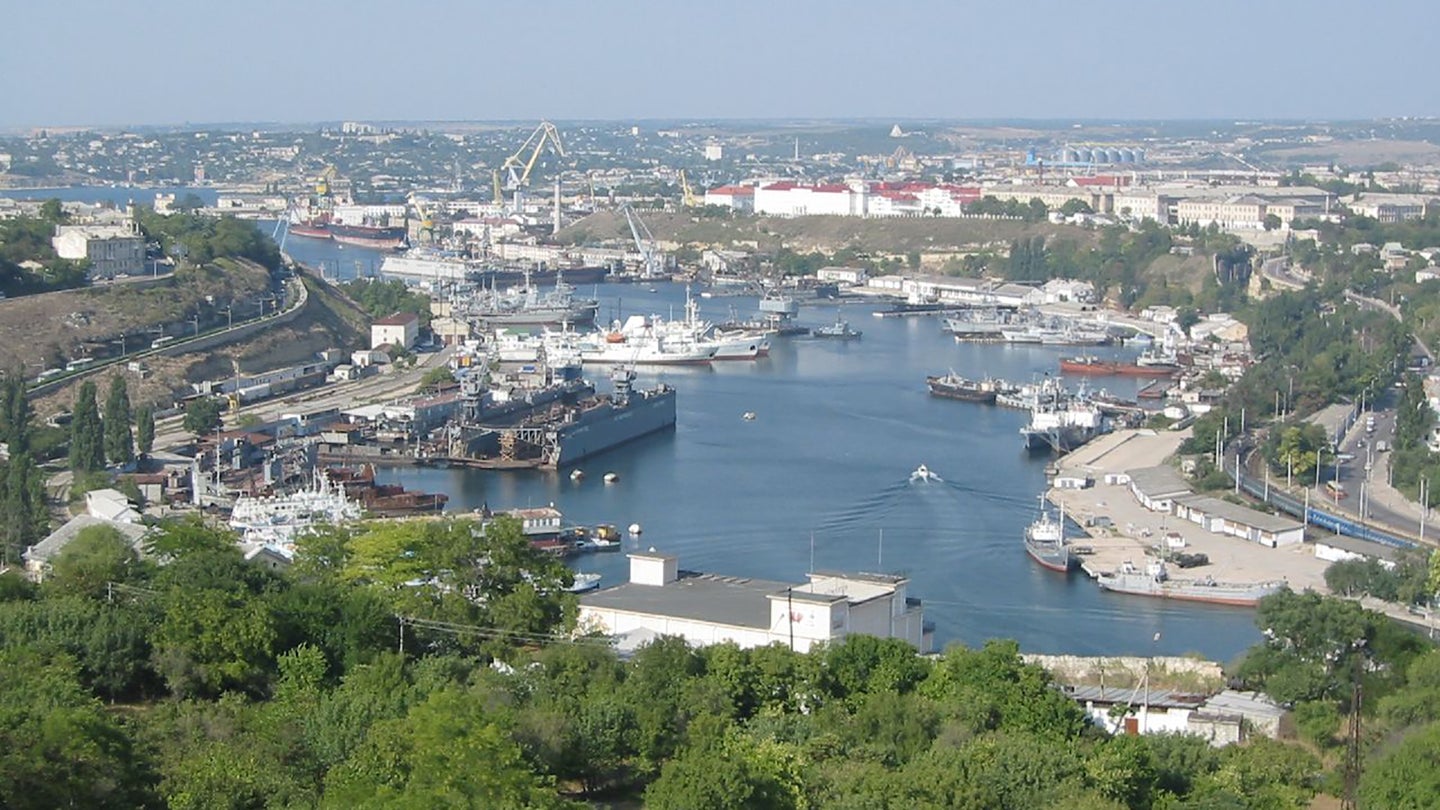 Reports and videos are emerging on social media showing what appears to be “an extended Ukrainian drone strike” lasting for at least an hour.

“An attack by three more drones was repulsed over the waters of Sevastopol,” occupation governor Mikhail Razvozhaev said, according to the Telegram channel of the Russian official news agency TASS. “He added that previously downed Ukrainian drones tried to attack Balaklava Thermal Power Plant.”

“Two drones were shot down by air defense while trying to approach the Balaklava Thermal Power Plant,” Razvozhaev said, according to the Telegram channel of the Russian official news agency RIA Novosti. “Attacks by three more drones were repelled over the Black Sea, there were no damages to civilian infrastructure and there were no casualties.”

The movement of sea passenger transport was stopped after a drone attack, the Russian authorities of the city reported, according to Radio Svoboda.

“At the end points of the stop – Zakharov Square and Nakhimov Square – rolling stock is being organized to perform work on the compensation route,” Radio Svoboda reported, citing a message from Russian authorities in the city.

Radio Svoboda reported that “explosions were heard in Sevastopol in the evening of Nov. 22. They were heard in the central part of the city. After that, residents heard shots from small arms.”

Deputy Pentagon Press Spokesperson Sabrina Singh on Tuesday told The War Zone the Pentagon had no information about the attacks.

At the end of August, Sevastopol came under a massive Ukrainian boat and aerial drone attack. Russian officials claimed that only one vessel was slightly damaged while all Ukrainian aerial drones were destroyed and that “British specialists” were involved, without offering any proof. Russian-installed officials in occupied Crimea call it “the most massive since the beginning of the special operation.” You can read more about that in our initial reporting here.

Sevastopol, which is located roughly 140 miles from Ukrainian-controlled territory, came under aerial drone attack twice in August and the end of July.

As for Ukraine’s ability to make these types of attacks, the still mysterious, ‘available on Alibaba,’ converted long-range suicide drone was seen in action for the second time on Aug. 20, making an attack on Russia’s Black Sea Fleet headquarters in Sevastopol. The twin-tail-boom fixed-wing drone was spotted overhead just before a plume rose from the fleet’s headquarters. It appears the drone impacted a roofline, damaging it, but there is no word on casualties, at least according to Russian officials.

Weeks prior, on July 30, Russia’s fleet headquarters in Sevastopol came under an unprecedented Ukrainian drone attack, leading to the cancellation of planned Navy Day events. It is unclear what system was used in that strike. Regardless, the converted ‘Alibaba drones’ have been Ukraine’s only known standoff aerial weapon system capable of striking deep into Russian-held territory. The type first emerged during an attack on an oil refining plant inside Russia back in June. You can read more about its emergence at that time in our previous reporting on it linked here. They are likely responsible for other high-profile attacks, although just what systems were used in today’s wave of drone strikes remains unknown.

This is a developing story. Stay with The War Zone for updates.