Shack Up In This Chevy Cavalier Ice Shack Conversion 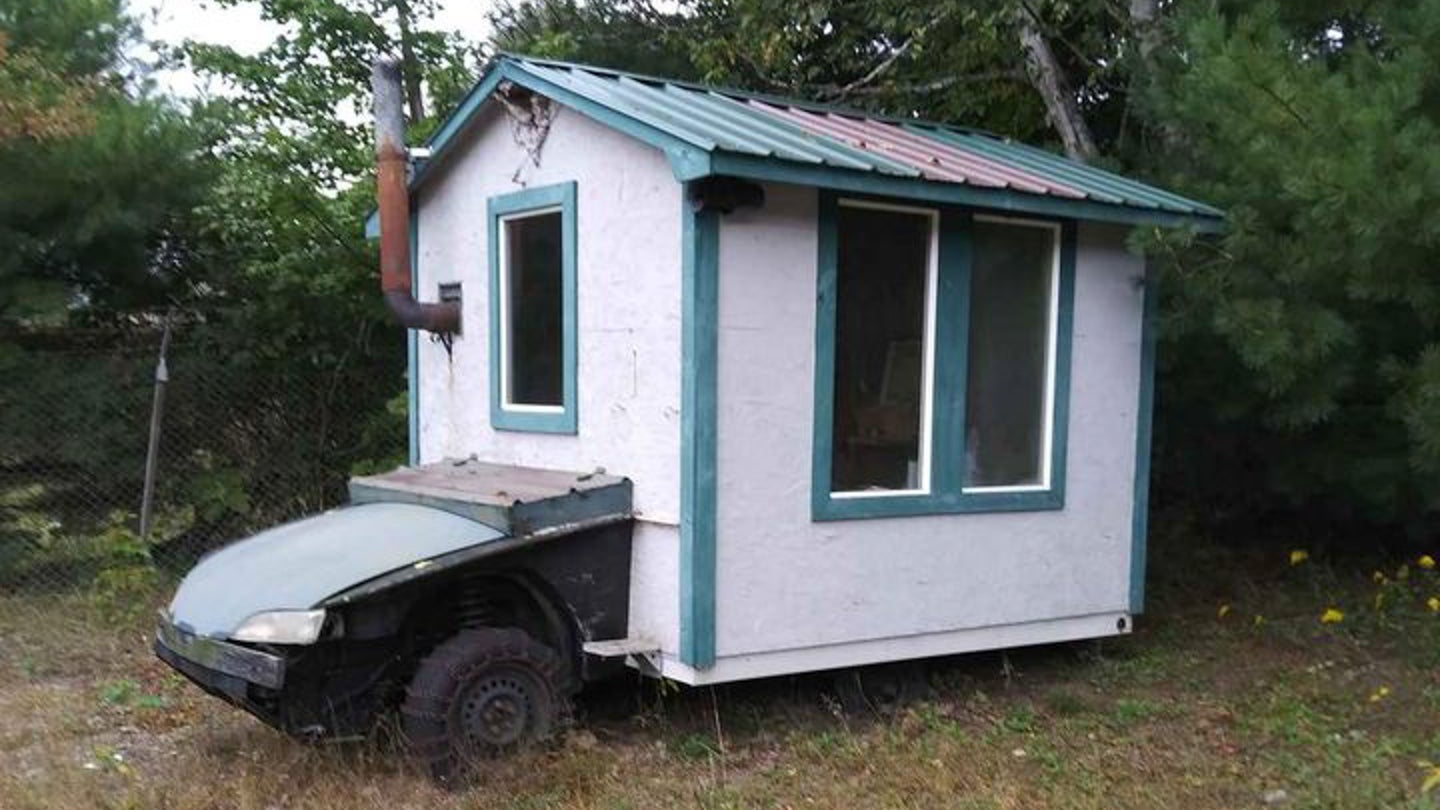 If you’ve always wanted a Chevy Cavalier but just felt that it wasn’t homey enough, then boy do I have a car (house?) for you. This seller in Hancock, Maine is currently selling a Cavalier that’s been converted to a rolling ice shack and it’s essentially a small home on wheels. Eat your heart out, Clarkson.

According to the seller, this ice shack is unique and one of a kind and they aren’t kidding. Essentially, what they’ve done (if they did the work themselves) is take a Chevy Cavalier, cut off everything from the A-pillar rearward, and replaced the entire cabin with a shack. It features stud walls covered by plywood sheathing, a corrugated metal roof, and at least four windows. The exterior plywood is painted white, while the corner trim, window trim, fascia boards, and roof are painted teal.

Inside the Cabinlier, buyers will be greeted by a cast iron wood-burning stove, with a chimney that ejects from the front of the shack. It was also a nice touch to add aluminum sheeting to the interior walls, surrounding the stove, to keep it from burning the exposed stud walls.

However, the oddest part of it all is that you drive it from inside the shack. The shack isn’t a trailer attached to the back of the car, it is the car. There’s a driver’s seat, which must swivel to face other occupants, as it isn’t facing the wall-mounted steering wheel. Rather than a windshield, drivers look out of the window, which has a gauge cluster for a window sill. I don’t see any pedals but there does seem to be a manual shift lever far off to the right of the wheel.

While the photos don’t show it, the ad says the car also comes with a drop down table, a radio, and more. A partial chair is seen in the photos but that’s it, so you’re just going to have to see it in person to be sure.

The ad also calls it an ice shack but a Chevy Cavalier seems an odd choice for such a vehicle. Sure, this one has tire chains fitted but it’s still no all-weather beast. I can’t imagine it’s particularly good on ice.

For only $2,000, you can buy the front end of a Chevy Cavalier that’s also attached to a very small shack, which I assume is meant to be used for ice fishing. I have to admit, I sort of admire the ingenuity it takes to build a mobile ice shack and fitting it with a wood-burning stove. However, the idea of driving a shed with a Cavalier’s front end seems kind of terrifying.

Have any tips? Send them to [email protected]

The post Shack Up In This Chevy Cavalier Ice Shack Conversion appeared first on The Drive.