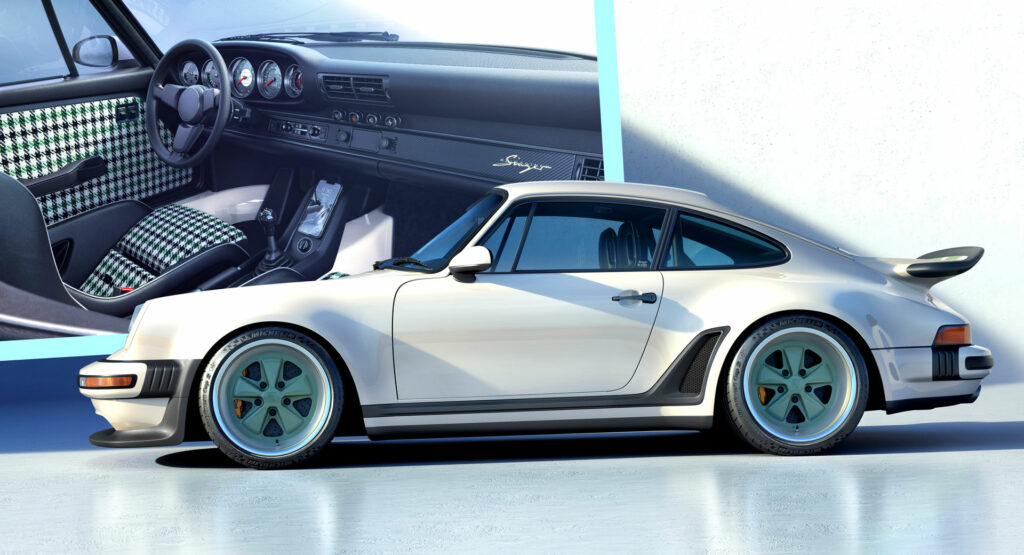 Singer often creates test bed vehicles to help it determine what the path forward should be with regard to its reimagined products. Earlier this year, they announced the Turbo Study as the first car in its arsenal featuring an engine that wasn’t naturally aspirated. Today, they’ve released images and information on a more sport-focused version with more than 500 hp (372 kW).

Starting with the 964 version of the Porsche 911, the Turbo Study gives customers the chance to see what Singer can do with such a vehicle. The first car shown off in February was dressed in a stunning Wolf Blue carbon fiber body with a Malibu Sand interior. This new car has a Turbo White carbon fiber body with double green top stripes and a center-mounted fuel filler on the hood.

Read Also: Paul Stephens Restomod 911 Is A Much More Affordable Alternative To A Singer Porsche 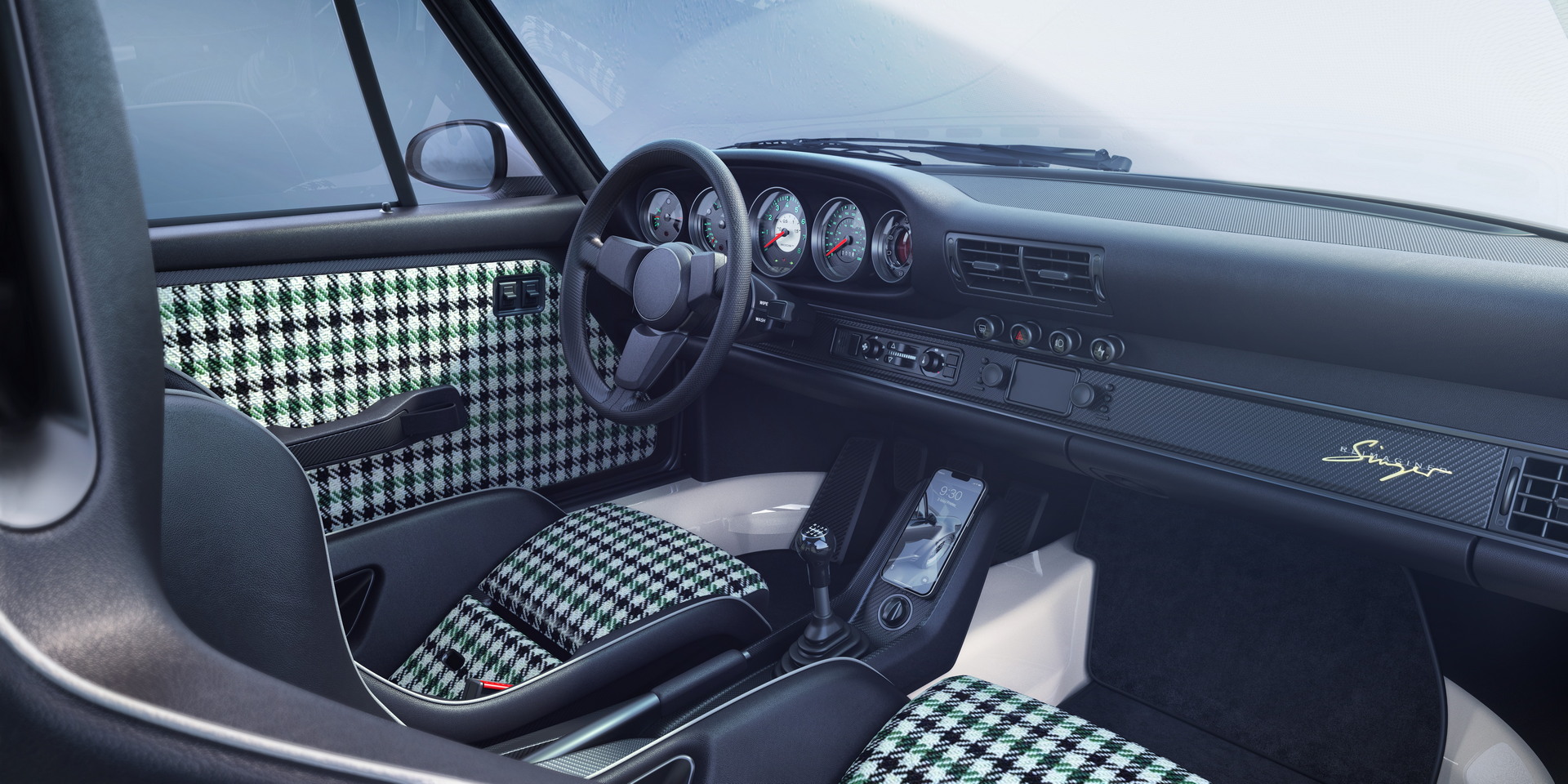 Singer has decided to use a 3.8-liter air-cooled flat-six for Turbo models in accord with two turbochargers, bespoke water-to-air intercoolers, and electronic wastegates. To feed those intercoolers, Singer has reimagined the signature ‘sharkfin’ just ahead of the rear wheels and repurposed it as an intake.

While owners can specify the grunt that they want on tap, every turbo model will start at 450 hp (335 kW). This one in particular makes a total of 510 hp (380 kW). Buyers can also choose between rear or all-wheel-drive and they can fit a manual transmission as well. This one has the stick.

This isn’t just a normal-ish 911 with a turbocharged engine though. Singer has reimagined all of the finest details. That includes a turbo-specific braking system with enhanced power, ABS, and traction control. In addition, Singer can completely customize the focus of the final product as well. 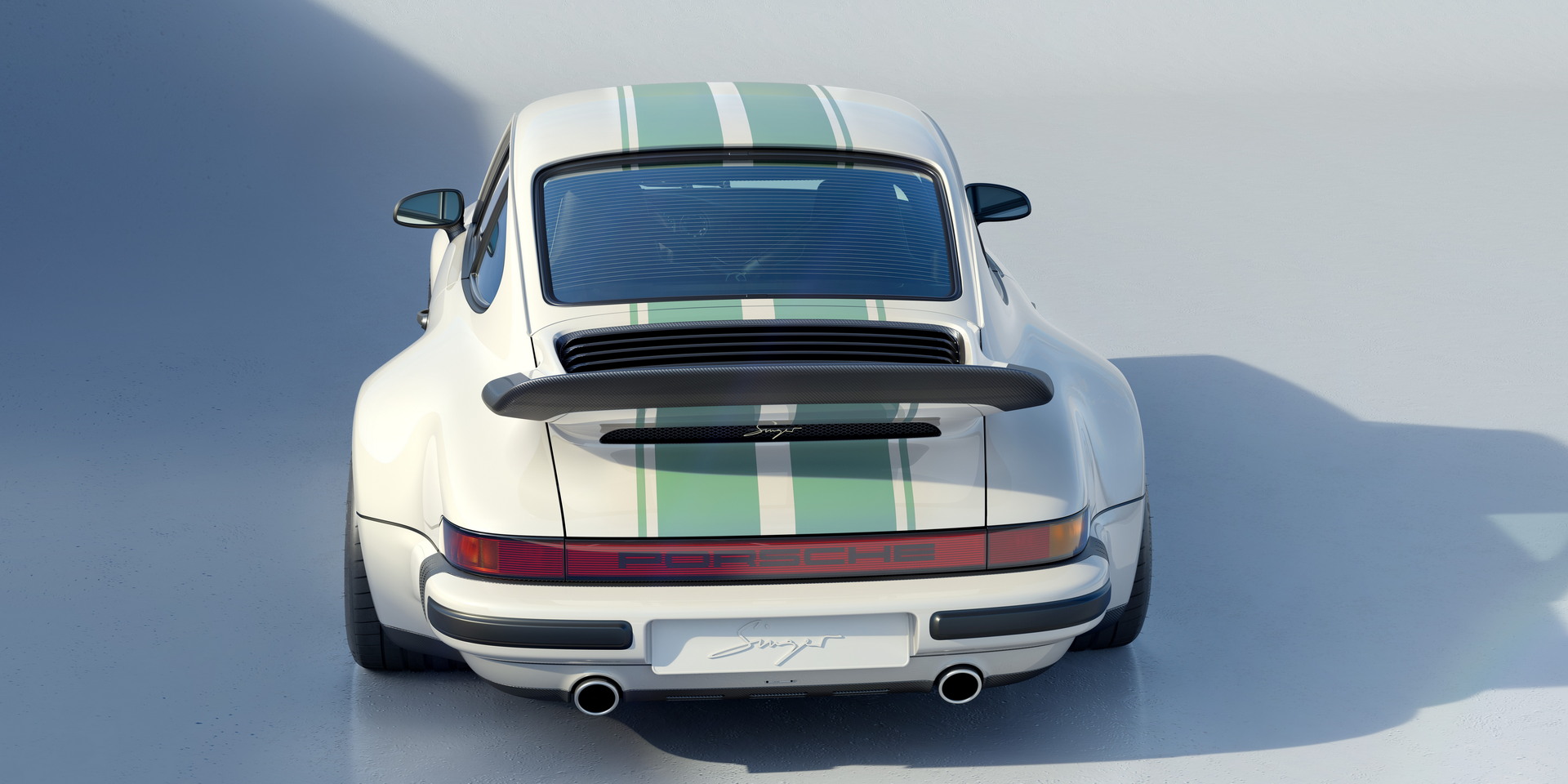 Buyers who want a more luxurious, quiet, and grand-touring-focused ride can have that. Others who prefer an aggressive sporting personality can push the limits with more power, less luxury, and consequently, less weight. Either way, they’ll get the stunning good looks that we see here.

Singer hasn’t announced any sort of base price as each individual vehicle will get its own bespoke treatment and pricing. They say that more than 70 customers have already reserved restorations enabled by the Turbo Study. We can’t wait to see them and hear them on the road.