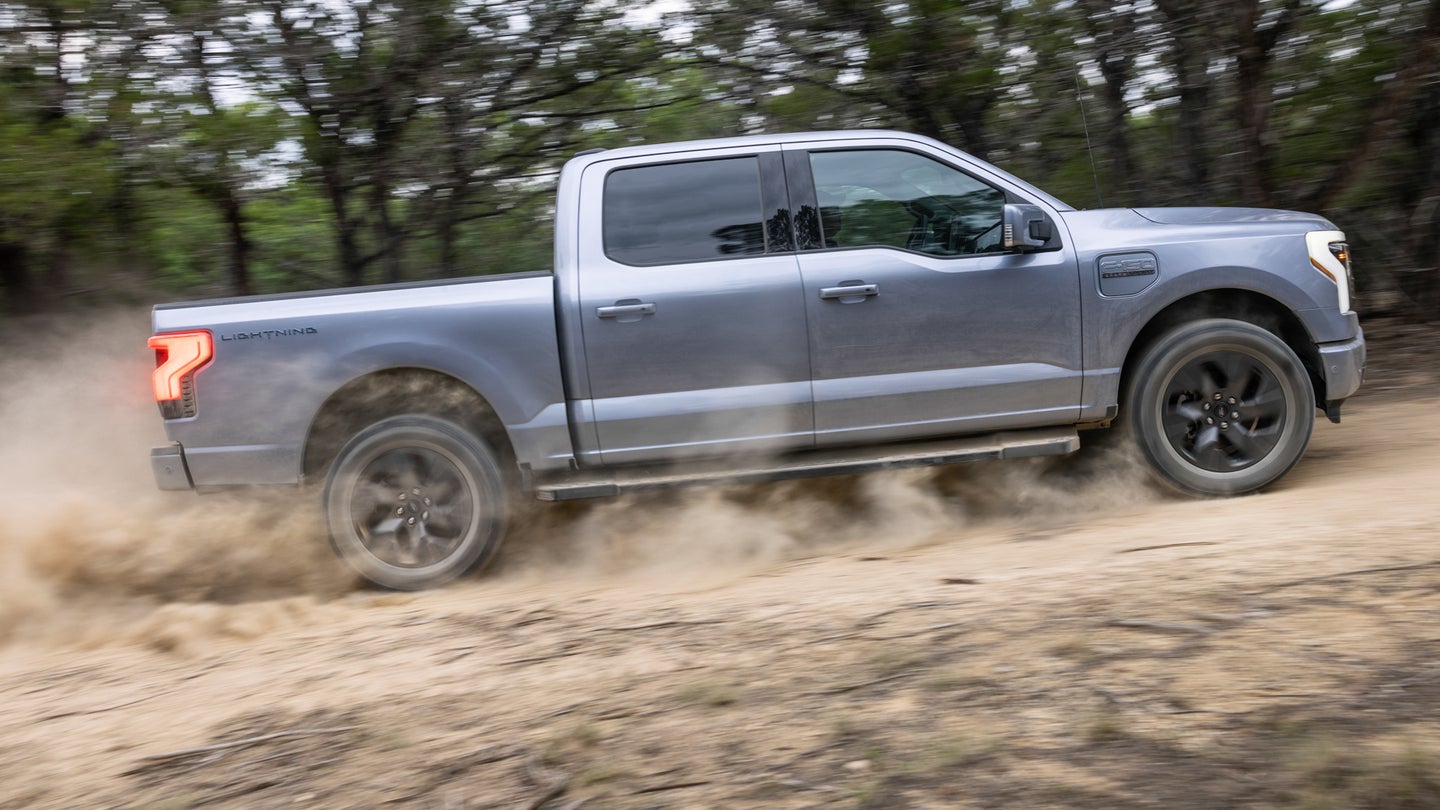 As part of an executive order signed last December, federal agencies are beginning to electrify their vehicle fleets. All federal agency light-duty cars—sedans, pickups, and vans—will need to be zero-emissions by 2027. According to Outside Online, the United States Forest Service (USFS) is beginning its EV switch by testing out three Ford F-150 Lightning pickups, in three different parks throughout the country.

The USFS has over 17,000 vehicles in its fleet, so it still has a long way to go to fully electrify it. But it has to start somewhere and the three F-150 Lightnings will be the test beds for whether EVs can hold up to the USFS’ needs.

While the F-150 Lightning will have no issues with the terrain and the weather, as it’s already proven to be an incredibly capable pickup, its battery is a different story. What the USFS wants to test is whether its 230 mile range and charging capabilities will hold up. There are longer-range versions of the Lightning, with up to 320 miles of range, but the only Lightning model available through the Government Services Administration, which handles federal fleet acquisitions, is the base model. The smallest of the three aforementioned national parks is Allegheny, which is just over 800 square miles, so the base Lightning’s 230 miles might struggle, depending on its workload.

The F-150 Lightning is capable of charging its battery from 15-80 percent in under 45 minutes from a DC fast charger. However, the USFS forests are only already equipped with 240-volt AC chargers, which are considerably slower.

The USFS will learn a lot about the viability of EVs from these three F-150 Lightning fleet trucks. There are over 8,700 light trucks in the USFS fleet and if these Lightnings do well, we could start to see more and more of the standard trucks switch over to Lightnings, or other future electric trucks.