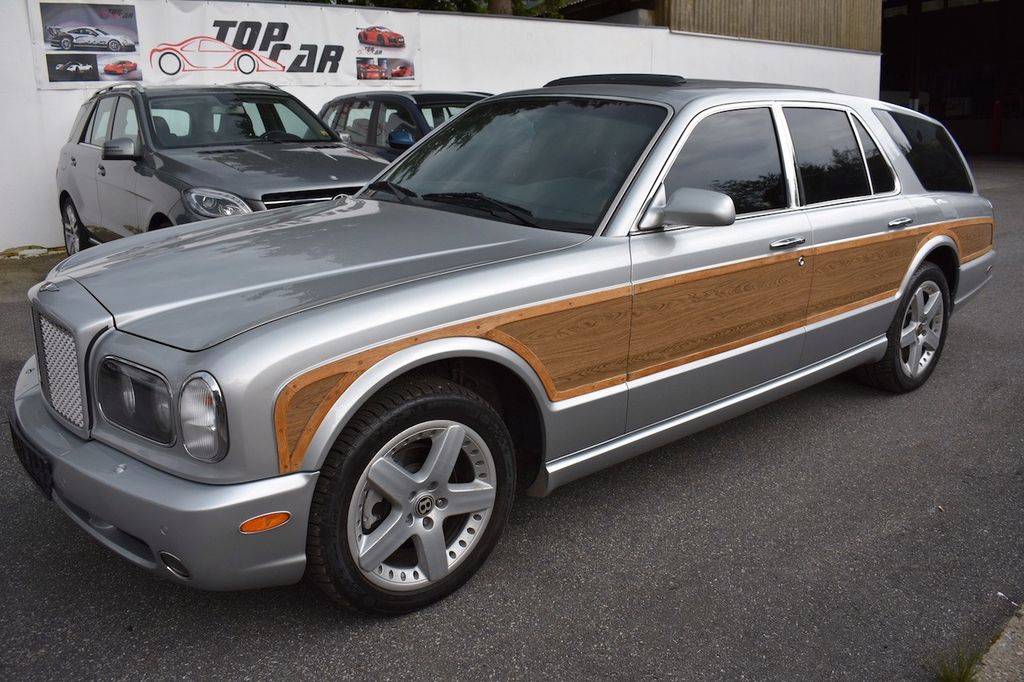 The nuttiest rich people specials can be some of the most excellent cars ever made or the lamest. This Bentley Arnage Wagon with a woodside is firmly in the camp of cool, but the story of it is much more than just adding a wagon body to a humdrum Bentley sedan. It was modified in no less than three countries, all to make it the most specific European Alps commuter of all time.

Listed on mobile.de in Germany, this 2002 Bentley Arnage was originally built in England for the heir to an Italian industrialist fortune who commissioned his car to be as multi-purpose as possible. It was sent to the United States for its first round of major modifications by Genaddi Design. They formed the station wagon body and adapted the Bentley automatic transmission to accept the all-wheel-drive system from a Cadillac Escalade. Then, they added a Webasto panoramic sunroof.

Upon receiving the car in Europe, the owner was “dissatisfied” with the interior that the American design house fitted to the car. So the car was sent to Pininfarina in Turin, as one does. They handcrafted a custom interior just for this bizarre Bentley wagon. The total cost of this international production line was $900,000 in 2003.

The owner of the car enjoyed it for 15 years and just under 25,000 miles, maintained by Bentley dealers in St. Moritz and Munich. How it was maintained with such a unique drivetrain and body must have been fascinating, though the car does retain its original 6.75-liter twin-turbo V8 engine.

Looking at the car inspires awe. It’s just unbelievable. The person who thought of this is a certified lunatic in the best way possible. As far as luxury wagon goes, this car is judged to perfection. It has the right amount of performance, regal luxury, and an incredibly healthy dose of whimsy from those silly wood panels on either side of the car. And you could have it all for around $130,000.

The post Some Millionaire Built a Bentley Arnage Woody Wagon and Now It’s for Sale appeared first on The Drive.