Someone Dropped a C8 Corvette Interior in a ’92 Chevy Camaro 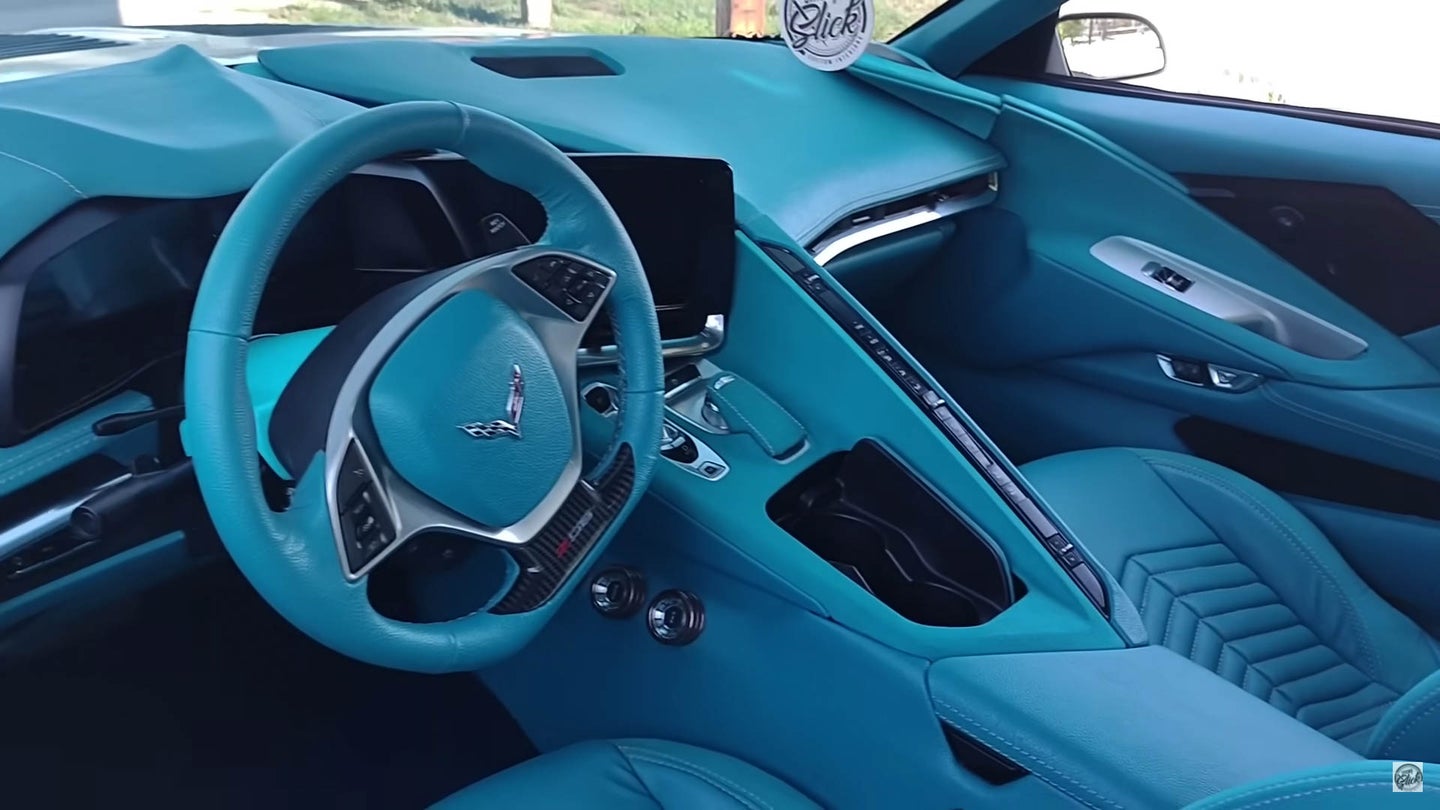 If you were to compare the interior of almost any modern car with one from the early ’90s, it’d be like comparing a slide rule to a smart phone. Modern car interiors, especially those with high-tech infotainment systems, are infinitely more complex than ’90s car interiors. So trying to swap a C8 Corvette interior into a ’92 Chevy Camaro IROC-Z, and make it all work, seems like a Herculean task. And yet, that’s exactly what the team at Stitched by Slick was able to do.

Stitched by Slick is a tuning shop in South Carolina, known for pretty intense builds. They famously did Snoop Dogg’s ’58 Lincoln Continental with a Bentley interior and LS3 swap. So if anyone could put a C8 interior in an old IROC, it’s them.

The car’s nicknamed the “IROC-Z06” which is a bit confusing because it doesn’t have a Z06 engine, nor is its interior from a Z06. However, it does have the 5.7-liter LS1 V8 engine from a C5 Corvette. Its interior was pulled from the newest-generation, mid-engine C8 Corvette but it’s been modified a bit, not only to fit the Camaro but also to add a bit of style and functionality. The materials were reupholstered in a very light “Maui” blue, which covers the entire cabin, and the screen was replaced with an iPad, though the C8’s screen housing was seemingly still kept.

What’s most impressive about this C8 Corvette swap is that most of it works. The amount of wiring and modifying to get a hugely complicated modern C8 interior to fit and work in an IROC is immense and impressive. I’m not just talking window switches and radio buttons, though. The transmission buttons are fully functioning and control the IROC’s four-speed auto exactly as they would on the C8’s eight-speed dual-clutch auto (though, the manual shift function isn’t shown off in the video, so I’m not sure if that works). Even the electronic door buttons work, popping the door open just as they would on a C8.

Obviously, there had to be some modifications to the cabin, such as adding climate control dials to the driver’s side of the transmission tunnel, instead of the C8’s singular row of buttons, and turning the C8’s drive mode knob into a volume knob. Also, the steering wheel is from a C7 Corvette, not the squircle wheel from a C8 (which is actually a very welcome replacement). But everything else works and it even has a functioning climate control app in the infotainment iPad, as well as a digital gauge cluster.

Swapping a C8 Corvette interior into a ’92 Camaro doesn’t seem like fun but Stitched by Slick was apparently up to the challenge and was able to pull it off. It might not be as lavish a Bentley-swapped Continental but it’s still pretty impressive.

The post Someone Dropped a C8 Corvette Interior in a ’92 Chevy Camaro appeared first on The Drive.