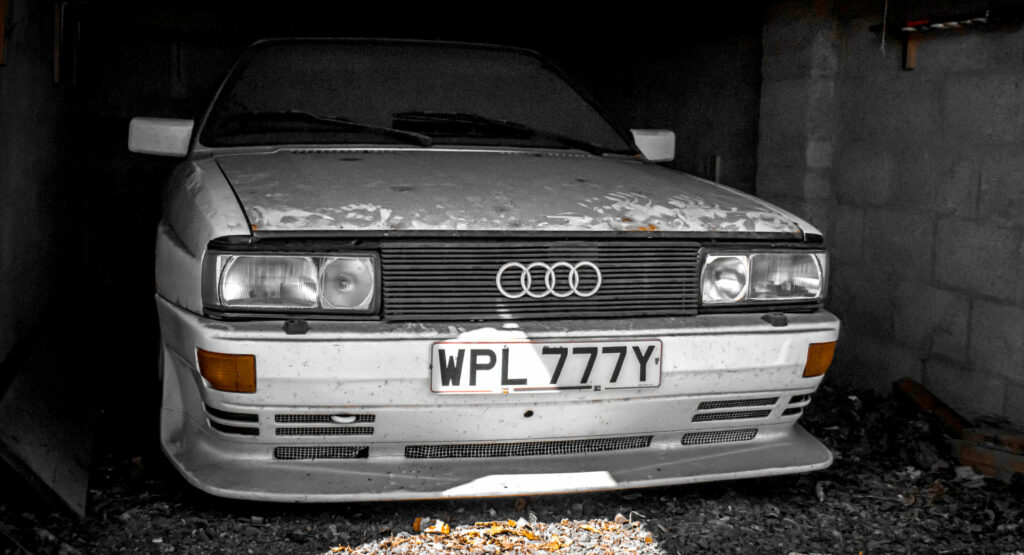 The truth about barn finds is that they can sometimes be a little rough around the edges. This 1982 Audi Quattro Turbo, for instance, has been in storage since 1994 and has experienced more than a little corrosion. Despite that, it might still be worth looking at now that it’s being sold at auction.

Recently unearthed on The Late Brake Show after having lived in a Scottish garage for nearly 30 years, it has seen better days. Rusty and not running, the car will take a not insubstantial amount of work in order to get it back on the road. Its body, though, is in salvageable condition, corrosion notwithstanding, and it has only traveled 58,083 (93,476 km) in its time.

Despite the age, the Audi Quattro does have its original, optional Fuchs alloy wheels giving it an appealing white-on-white color scheme. It does, however, wear an aftermarket body kit whose origins are unknown. It is of its time, though, so it shouldn’t hurt the value and, since the body is in need of restoration anyway, it could likely be reversed without much trouble.

The interior, on the other hand, has avoided major damage from animals, though there are some signs of wear and tear. That said, since it’s been out of the sun for decades, the dash and seats are in good condition.

Style-wise, that’s up to you to decide but one thing is for sure, this car is a product of its time. Described as a zebra velour interior, it was a bold choice by Audi but the only major thing missing here is the radio. 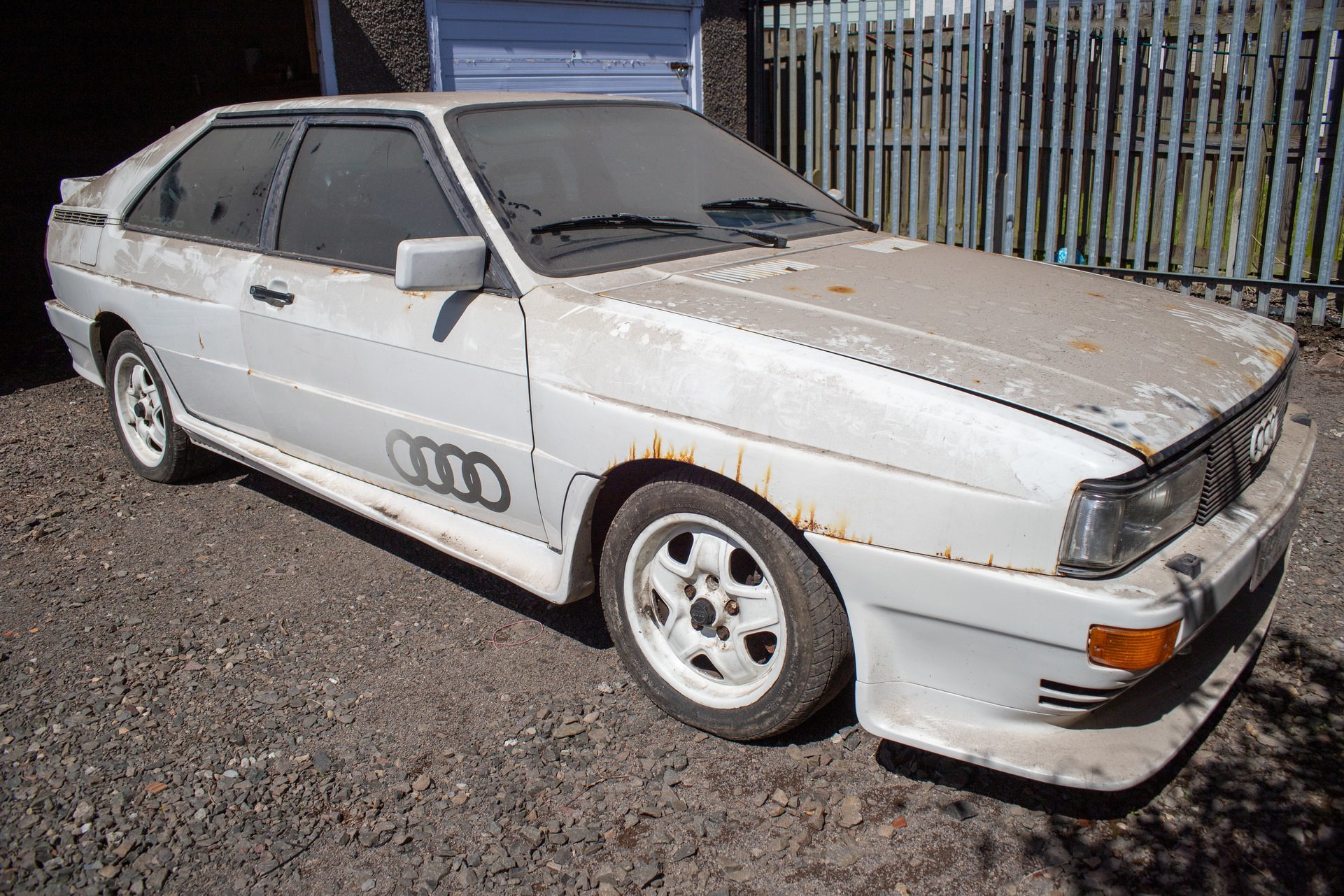 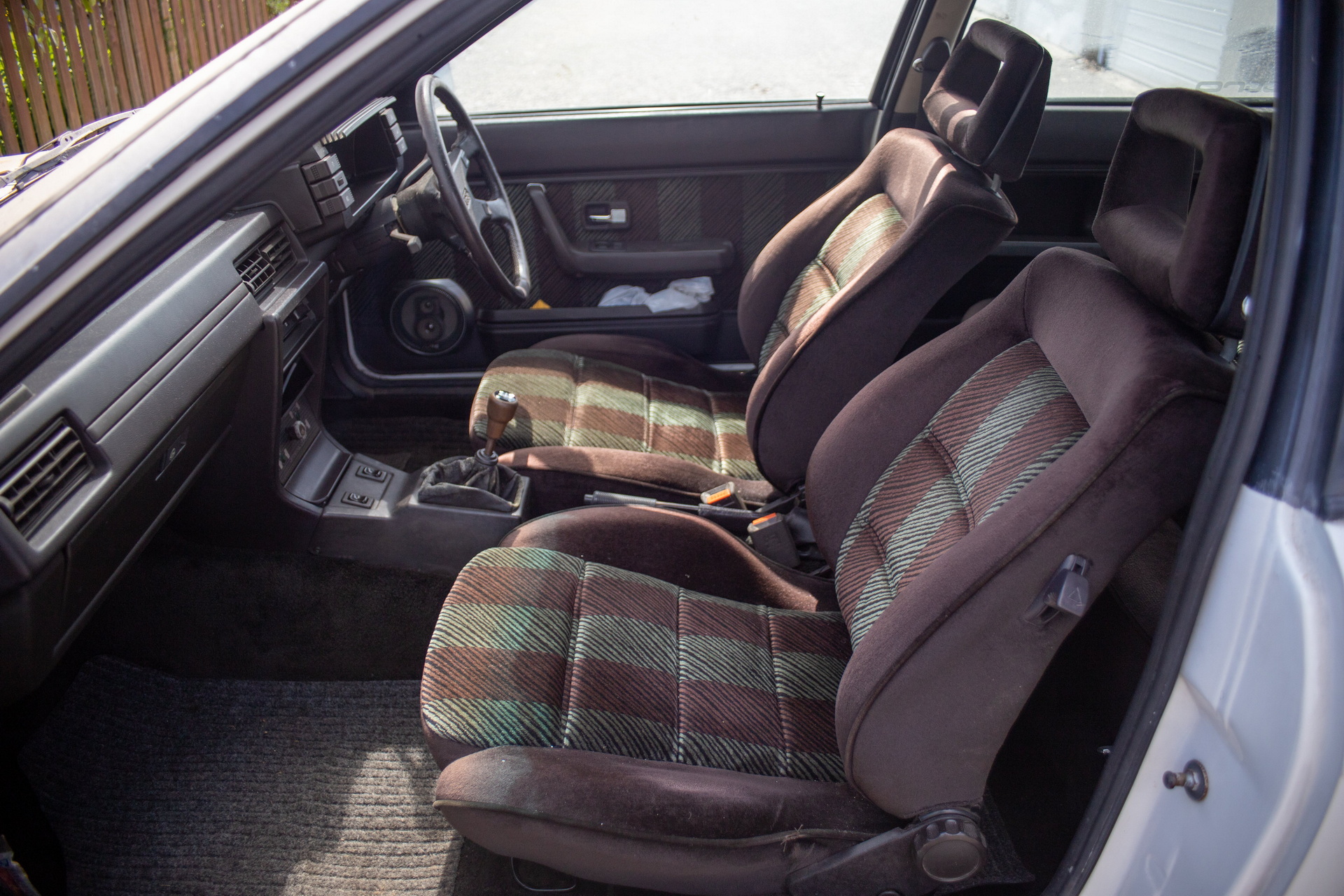 Under the hood, its 2.2-liter turbocharged inline-five is more or less complete (its cam cover has been found since it starred in the Late Brake Show, as have its brake calipers) though it is not currently running.

An excellent candidate for restoration, this Audi Quattro Turbo will no doubt be tempting to enthusiasts. The amount of work it will require to get back on the road, though, may put some people off. Offered through Car and Classic, this online auction ends on June 14.