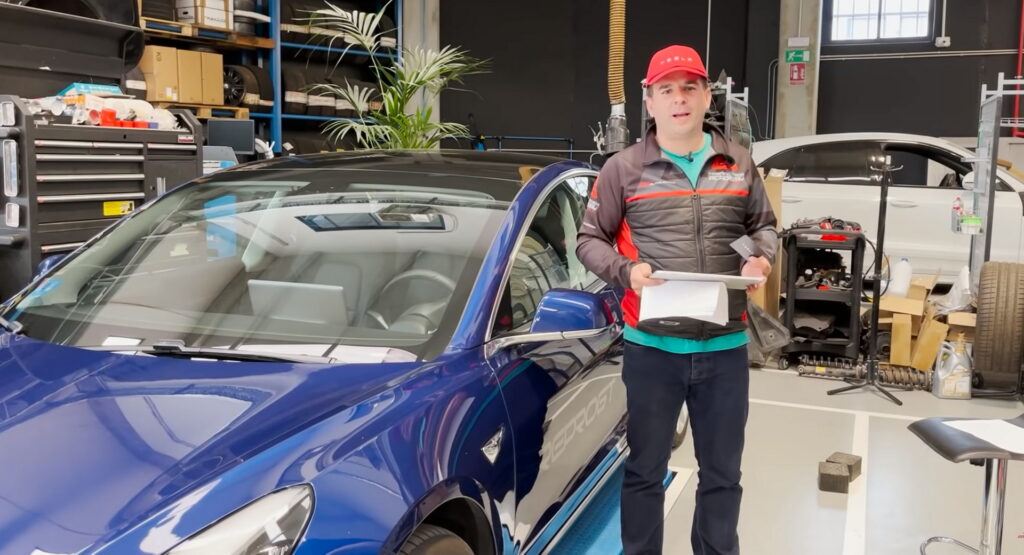 Ángel Gaitán has made legal history in Spain by winning a lawsuit against Tesla over a Model 3 that was sold with defects. Now, the American company must compensate him for nearly the entire value of his Model 3.

Gaitán is a mechanic from Madrid and self-described Tesla fan who has owned the company’s vehicles since 2013. That’s why he was excited to purchase a new Model 3 in 2020. When it arrived, though, he was disappointed with the production quality of the vehicle.

In an interview with El Periodico de Espana, he said that he was willing to accept some quality issues in the early days when the company was young and producing in small numbers. Now that it is a mass-production brand, though, he finds the variety and severity of defects in its vehicles unacceptable.

The most severe fault he found in the car was a welding point that had come apart. He also found issues on the interior panels, his Model 3 came with a mismatched hood, and worn windshield wipers.

“The car came with poorly welded bodywork. They told me it was a silly problem and to take it away. I had the option to return it via the internet in a fortnight, but he was in his workshop longer and I missed the deadline. They gave me the option to weld it and I told them I wasn’t going to allow that in a new car.” he told El Periodico de Espana. “By not offering more solutions, I decided to denounce.”

Gaitán decided to take the company to court and, through his popular YouTube and Instagram channels, he made his concerns about the company public.

“I told them: since you don’t give me a solution, I will publish it. And they laughed at me,” he said. “They are above good and evil. Elon Musk is the richest man in the world and Spain is a country he doesn’t care about.”

Although the company has not commented publicly on the issue or the suit, it did claim in court that the Model 3 is not a high-end vehicle in an attempt to argue that Gaitán’s complaints were not valid. The judge in the case did not, though, find this persuasive.

“Although the expert insists that the defects appreciated do not compromise the structural integrity or safety of the vehicle, it is proven that the vehicle does not meet the quality standards expected of a prestigious brand such as Tesla,” the court wrote in its decision.

Indeed, the judge found that Tesla Spain owed Gaitán the sum of €62,330 ($64,984 USD at current exchange rates), most of the value of the vehicle. Unfortunately for the mechanic, the case might not be over because the automaker now has the chance to appeal the decision, something it seems intent on doing.

El Periodico reports that there are no cases similar to this one in Spanish legal history. An owner in China won a similar case, though, and a Chicago couple tried to do the same but were prevented from doing so by an arbitration clause written into their contract. Now, though, Gaitan says he receives lots of messages from Tesla customers experiencing issues with their cars.

“Every week customers come from all over Spain with welding problems, multiple finishing defects, batteries that break,” he said. “I report the problem and guide you on how to start the complaint. Some failures are serious and very expensive to repair.”