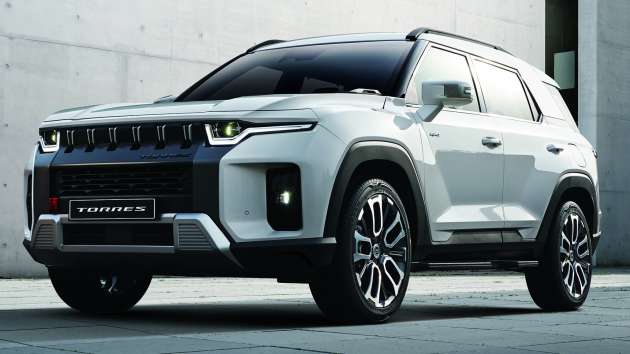 SsangYong is having a torrid time right now. While rivals Hyundai and Kia are going from strength to strength, the rough and tough SUV maker is on the ropes, with owner Mahindra refusing to invest in the company and a takeover bid by bus maker Edison Motors falling through.

But the beleaguered Korean carmaker isn’t going down without a fight, and with a new buyer selected in the form of chemical-to-steel firm KG Group, it appears to finally be free to release its next product. The Torres, named after the Torres del Paine mountain peaks in Chile, is hoped to reverse SsangYong’s fortunes by returning to the rugged design language the company is known for.

It’s certainly distinctive, with a slim grille filled with six vertical bars, flanked by small headlights and kinked LED daytime running lights. They are visually connected to the bumper through a blacked-out centre section, leading to the large silver skid plate; large air intakes sit on either side.

The buff styling continues with prominent front and rear haunches, squared-off wheel arches, a strong shoulder line and a heavily-contoured bonnet, the latter housing grab handles on either side. The upright glasshouse features a wraparound front and rear windscreen design and contrasting silver C-pillars, where buyers can specify a lockable storage box – just like the Land Rover Defender. At the rear you’ll find vertical taillights with “tails” wrapped around the sides, plus a raised centre section that seems to suggest a tailgate-mounted spare wheel but only houses the number plate recess. Another skid plate at the back and copious amounts of black plastic body cladding complete the look.

Inside, the angular aesthetic has been carried over, with the most eye-catching element being the full-width recess in the dashboard that houses the three-segment instrument display (its slimness enables the top of the steering wheel to be flattened slightly) and the corner air vents.

Like the rest of the automotive industry, SsangYong is replacing physical buttons with touchscreens, which dominate the cabin of the Torres. The usual freestanding 12.3-inch infotainment display up top is paired to a new eight-inch touchscreen at the bottom, used for manipulating the climate control and other vehicular functions. The second screen forms part of the lower centre console, framed by silver rails. 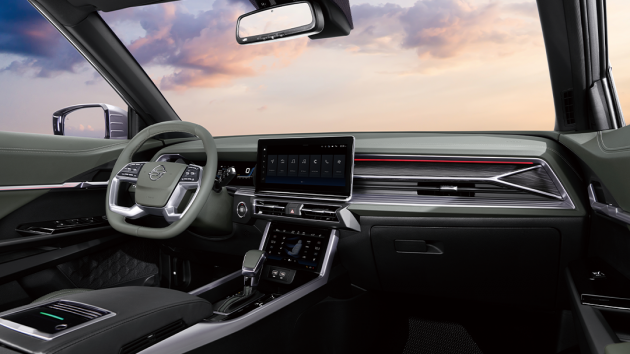 Slotting between the Korando and Rexton, the Torres is a five-seater, allowing it to offer a large 708 litre boot; luggage capacity expands to 1,662 litres with the rear seats folded. Other features include a 32 colour options for the ambient lighting strip on the dashboard, along with standard-fit autonomous emergency braking and lane keeping assist. Adaptive cruise control and blind spot monitoring are offered as an option.

Power comes from a 1.5 litre turbocharged and direct-injected four-cylinder engine, mated to an Aisin six-speed automatic gearbox and available all-wheel drive. According to government approval documents sighted by Korean portal Autopost, the car will produce 170 PS and 280 Nm of torque.

The Torres is now available to order in South Korea, with prices ranging from 26.9 million won (RM92,400) to 30.4 million won (RM104,400). There will also be a pure electric model coming later on, which will be offered in Europe by the end of next year.